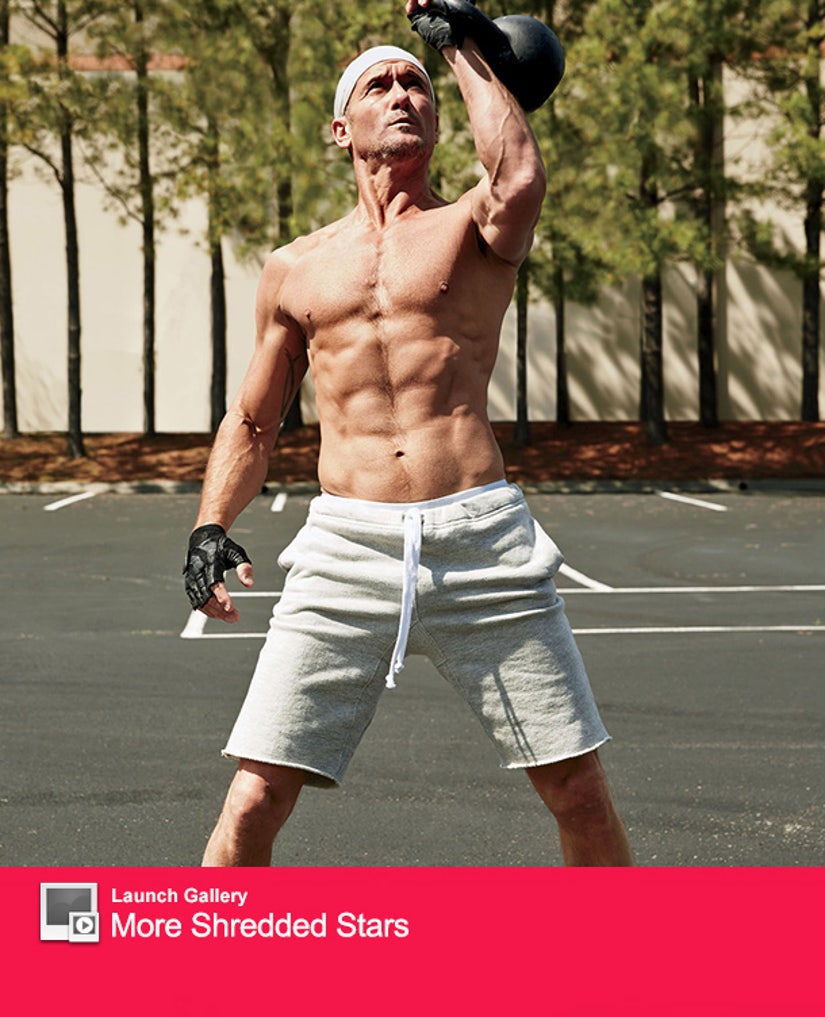 Tim McGraw has completely transformed his physique since getting sober -- and is showing off his ridiculous stomach in the July/August issue of Men's Health.

The 47-year-old country star (and husband to Faith Hill) also opens up about his struggles with addiction through the years and his "big wake-up call" that made him change his ways.

"Early in my career — I think I was 19 — I was so shy that to even get up onstage in a club, I'd need a few drinks," he tells the mag. "I remember my mom tellin' me, 'Y'know, if you don't get up there a couple of times without doing that, it's gonna be a problem.'"

She was right, as Tim admits that he "drank too much, I partied too much. And did other things too much. Chemically. No needles or that kind of stuff, but ... use your imagination."

Eventually, Faith spoke up ... and that changed everything.

"When your wife tells you it's gone too far, that's a big wake-up call," says McGraw. "That, and realizing you're gonna lose everything you have. Not monetarily, not career-wise, but family-wise. It got to the point where my kids were getting older, and it was way past the point that they noticed it. And I noticed that they noticed."

In a much healthier place, all we're noticing now are his ripped abs.

"I'm not one of those people who can sorta half-ass something," he says of his workout routine, which includes battle ropes, high-box step-ups and core-building twists with heavy chains.