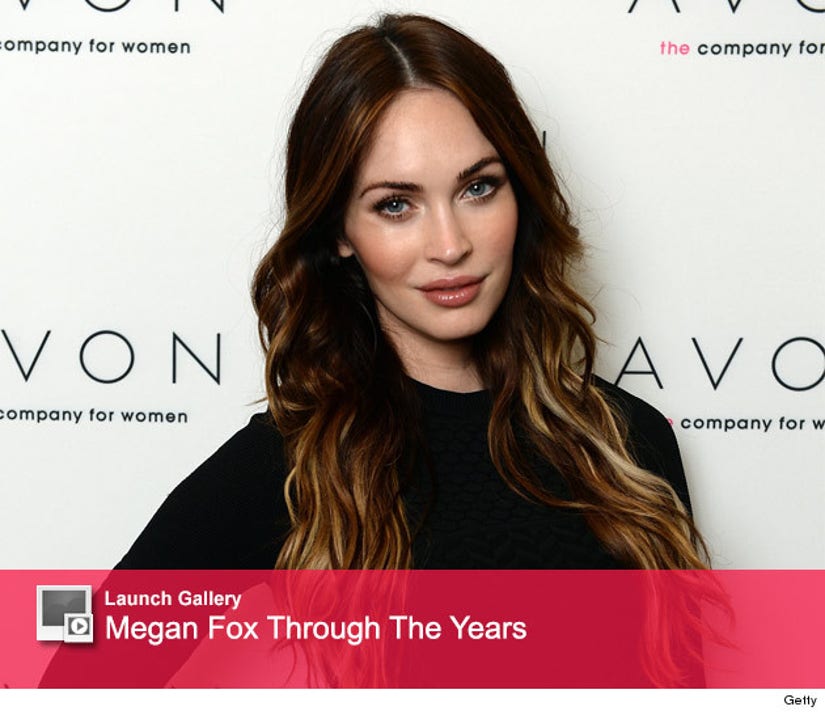 The "Teenage Mutant Ninja Turtles" star just chatted with Parents.com, where she opened up about her two little boys and what it's been like adjusting to motherhood.

Fox says that since becoming a parent it has changed her outlook on work -- and she only wants to make movies in Los Angeles now. "It's all about trying to spend as little time away from my kids as possible," she says.

While the 27-year-old would be OK with quitting acting all together, she knows that she has to work in order to provide for her kiddies' future.

Fox and hubby Brian Austin Green have two children together Noah, 2 and Bodhi, 4-months. So what's it like raising two little boys?

"It's total chaos obviously. Before you have kids you really do not understand how much work it is and how consuming it is. And then you have one and you're like, 'Oh my God my baby is my whole world.' Every moment of the day is dedicated to this one baby and then all of a sudden you have two babies!," she explains.

The brunette beauty also says that she doesn't let the boys watch TV because it's too "overwhelming."

"I do let them watch movies," she explains. "I just don't let them watch TV. With movies I feel like there's a beginning, a middle and an end. It's linear. There's a clear story. I think that it's different than just putting a kid in front of the television, because it's just nonstop. They're just being bombarded with all of this sort of live media and it's very overwhelming and it's too stimulating, I think, for anyone. My intention is to keep it away as long as possible or to introduce it through Apple TV so they're not being exposed to the commercials constantly. My goal is no computers, no cell phones until at least eighth grade.

"Movies are so nostalgic and they can remind us of these amazing times in our childhood," she continues. "My goal is no computers, no cell phones until at least eighth grade."

The actress adds that as a new mom, she feels a lot of "guilt."

"Do they each understand how special they are and how much I love them? And are they understanding that they're unique? It's hard to make each one feel like an individual when you have to raise them together and manage them together all of the time. So that's the most difficult part."

Well, it sounds like the "Transformers" star is a really devoted parent -- what do you think about Megan's candid comments? Tell toofab below and click "Launch Gallery" above to see how Fox has changed through the years!