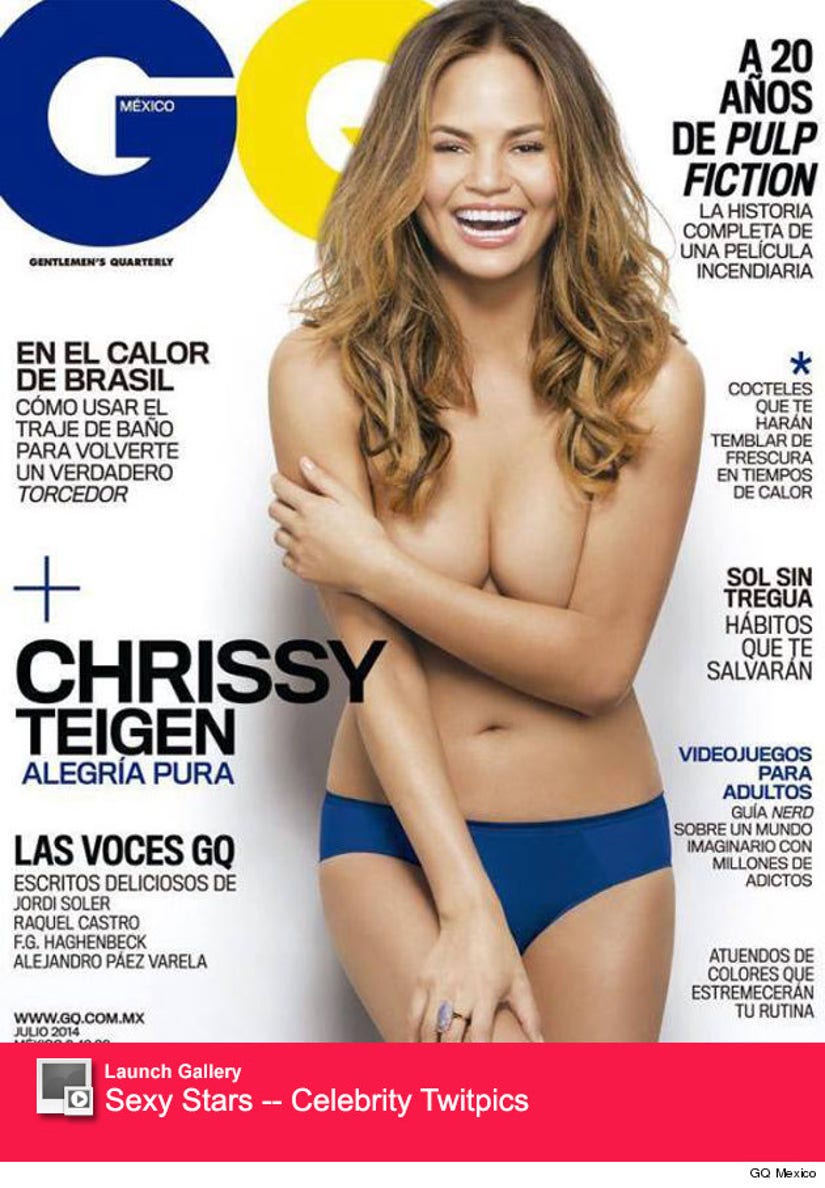 Chrissy Teigen is the latest celeb to be the victim of a major Photoshop fail!

The stunning supermodel is gracing the cover of the July issue of GQ Mexico, posing in nothing but blue bikini briefs and a huge smile.

But, it's not the 28-year-old's killer curves that are causing a stir ... it's her missing nipple that's getting all the attention!

Mrs. John Legend hasn't commented on this photo blunder, but she's talked about her issues with Photoshop in the past.

During a Reddit AMA back in February, the brunette bombshell revealed how much work goes into her modeling shots before they hit the newsstands.

"Sports Illustrated does extremely minimal retouching. Other publications however....phew. They do a lot," she explained. "I've watched myself be photoshopped before. It. Is. The. Worst."

It turns out that the photo editors who put together the Sports Illustrated Swimsuit Issue every year have had to employ a little extra trickery when it comes to Chrissy. 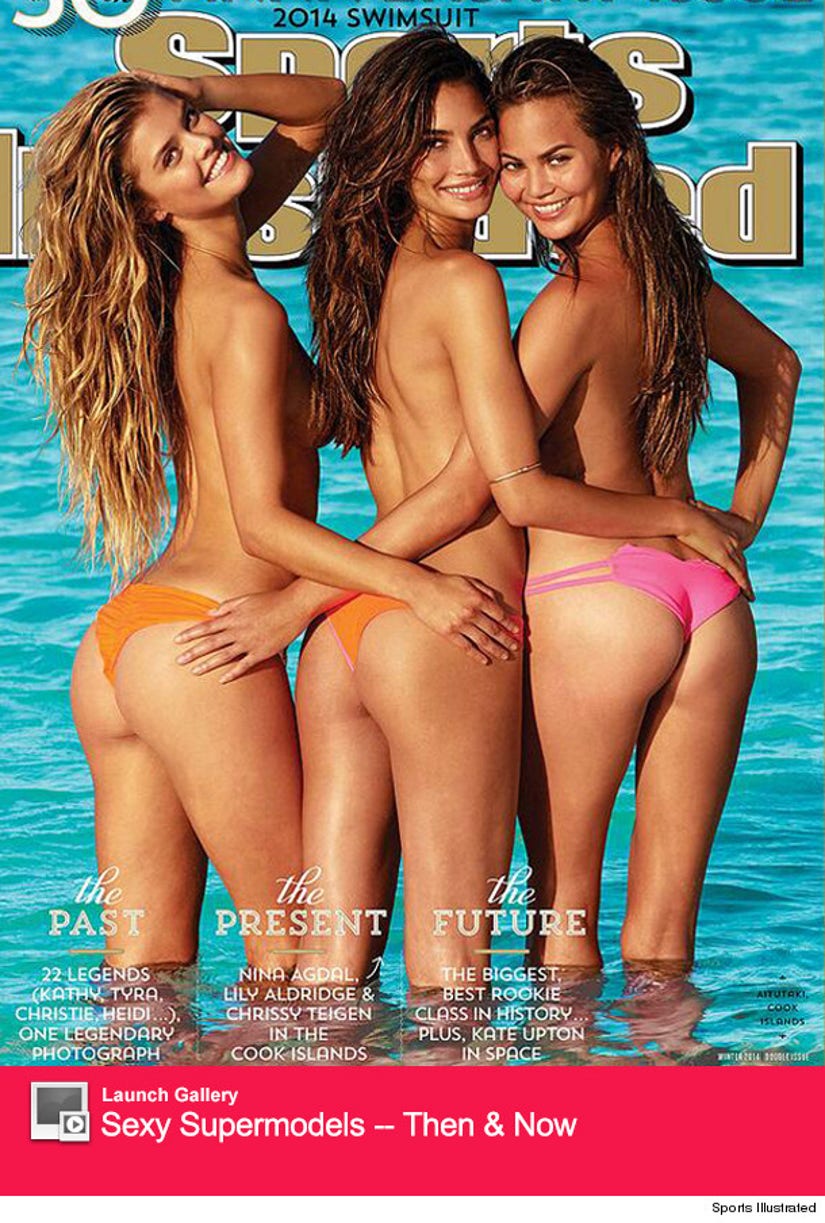 On the 2014 cover, Teigen, Lily Aldridge and Nina Agdal are standing knee-deep in the ocean and wearing only bikini bottoms.

The model admitted to Bethenny Frankel she actually can't swim and has needed some graphic-design help to make her look more at ease in the water.

"I can't swim and I actually hate sand," she said. "There's actually a bunch of shots in the past issues where I'm in a pool or floating and I'm laying on a boogie board, and they just Photoshop it out."

While Photoshop was her friend in this case, we don't think Chrissy will be thrilled with GQ's boob blooper.