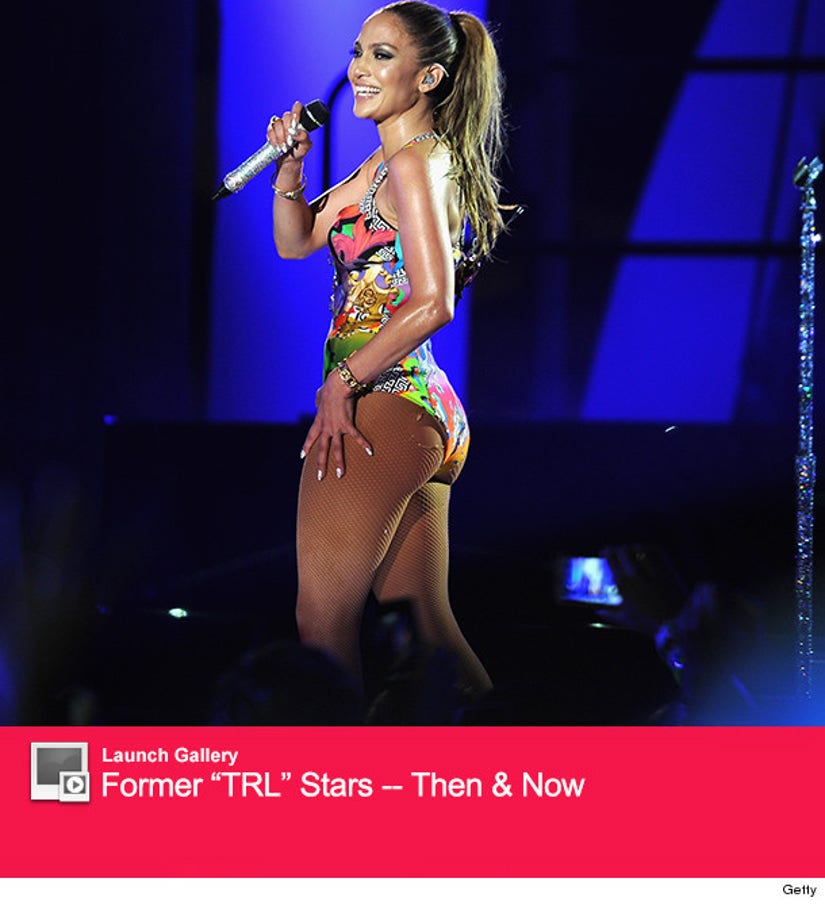 Jennifer Lopez put her amazing physique on display at the iHeartRadio Ultimate Pool Party at the Fontainebleau in Miami, hitting the stage in a very colorful leotard, fishnet tights with a hole on her derriere and gold heels.

The mother of two proved she still has her famous booty, despite some reports ridiculously questioning the size of her rear end.

And while she definitely looks great, Lopez did have a tiny accident on stage -- posting a photo of her cut up knee after the performance.

The Miami sighting comes after J.Lo split from her boyfriend of almost 2 1/2 years, Casper Smart, and amid rumors that she may now be hooking up with Maksim Chmerkovskiy.

Just look at her, it's clear she won't be single long!