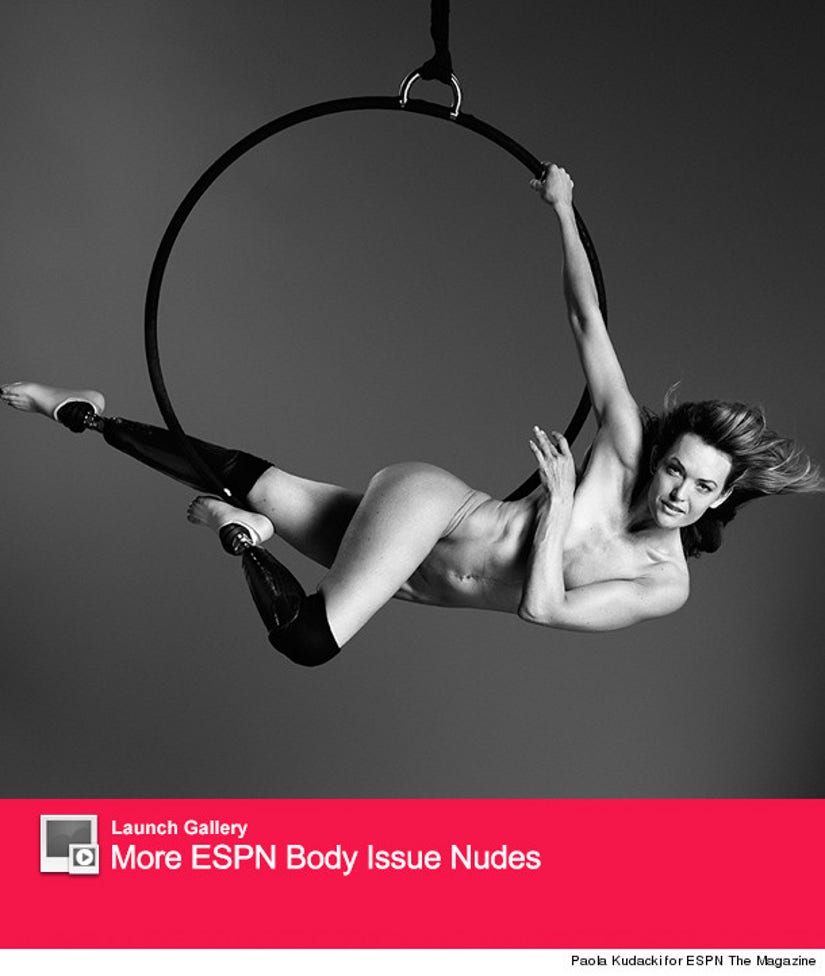 Amy Purdy has nothing to hide.

The Paralympic snowboarder and "Dancing with the Stars" runner-up is one of many athletes taking it all off for ESPN The Magazine's annual Body Issue.

"What I love about my body, especially right now, is just how strong it is," she tells the mag. "I've felt that contrast of it being as weak and vulnerable as it could be. When I was in the hospital and I lost my legs -- to go from that to feeling stronger than ever, and knowing the strength of my body has been what's gotten me to where I'm at today, as far as the Paralympics and 'Dancing With the Stars' goes -- I'm so proud of how healthy I am."

Purdy, 34, also opens up about how she became a double amputee.

"I was 19 years old, and I felt like I had the flu one day. Within 24 hours, I was in the hospital on life support, and I was given less than a 2 percent chance of living,' she says. "It took five days for the doctors to find out that I had contracted bacterial meningitis. I ended up losing my legs below the knees from septic shock. But I have to say that if I had not gone through that experience, I certainly wouldn't be where I'm at today."

Purdy is joined by stars like Michael Phelps, Venus Williams and Prince Fielder in the latest issue, which hits newsstands July 11.

Check out all six covers in the gallery above!