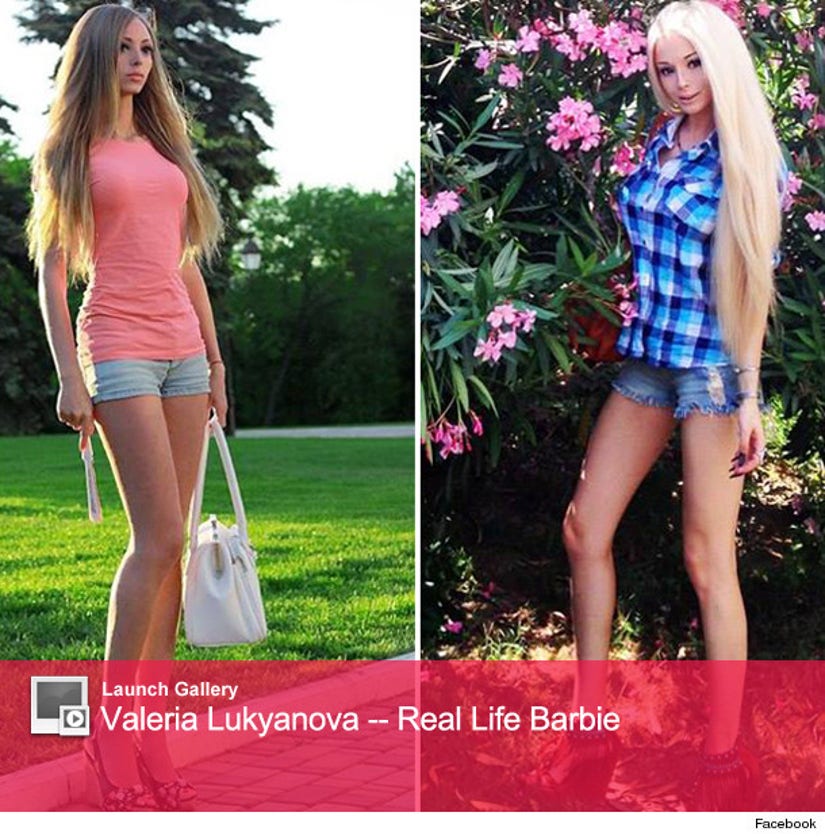 Look out, Ken -- there's a new human Barbie in town!

Alina Kovalevskaya (left) is the latest woman to be dubbed a real-life Mattel doll.

The 21-year-old, who lives in Odessa, Ukraine (the same city as the first human Barbie, Valeria Lukyanova (right), told Barcroft that taking on the doll's appearance was easy.

"I look like a doll," she admits. "I like big eyes, little nose, small plump lips. I love long hair. My hair is a meter long."

Kovalevskaya, who was once friends with original Barbie Valeria, said the two are now rivals. "I have had certain misunderstandings with her after which we ceased to communicate," Kovalevskaya explained. "I realized she is not a person with whom I would like to talk to or even be friends."

Another difference between the two doll-like beauties? Unlike the surgically-enhanced Lukyanova, the new human Barbie says she's never had plastic surgery.

Kovalevskaya is mostly concerned with mimicking a doll's facial features, rather than aiming for Barbie's physical proportions, which are impossible to achieve. Instead, she credits her large eyes to contact lenses. "When I put them on, my friends told me 'Oh my God, you look like a doll, you really do!'"

The original human Barbie is no stranger to controversy!

Lukyanova received backlash for making racist statements in the April 2014 issue of GQ, claiming that mixed-race children were more prone to go under the knife because they weren't happy with their features. "Ethnicities are mixing now, so there's degeneration, and it didn't used to be like that," she said.

"Remember how many beautiful women there were in the 1950s and 1960s, without any surgery?" she continued. "And now, thanks to degeneration, we have this. A Russian marries an Armenian, they have a kid, a cute girl, but she has her dad's nose. She goes and files it down a little, and it's all good."

These ladies certainly know how to create a lot of buzz!

Check out the gallery above to see more extremely strange photos of Valeria -- and read GQ's full piece on her here.