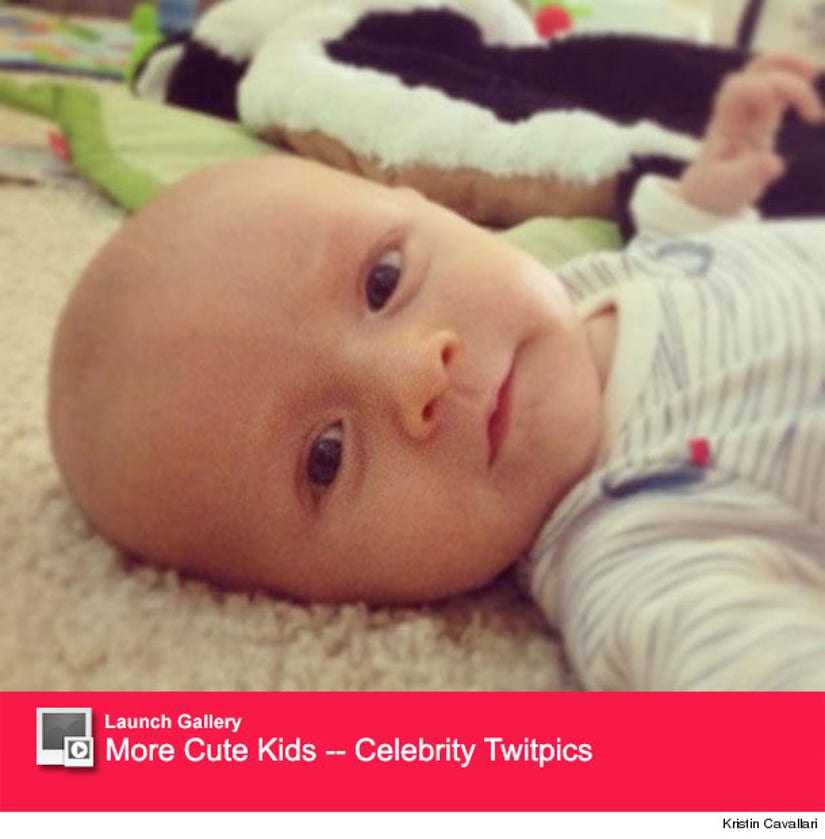 Kristin Cavallari is showing off her brood!

The "Laguna Beach" alum took to her own Kristin Cavallari app to debut the first photo of her 2-month-old son, Jaxon.

"The end of June through the end of July is my favorite time of the year, because Jay isn't working and we use those 4 weeks to relax and spend as much time together as possible before he takes off for training camp and the football season begins," the mother of two wrote along with the sweet snapshot.

"This year we took Camden to the zoo for the first time, I cooked up a storm, we had family in and out, and most importantly we adjusted to now being a family of 4 with baby Jax," she added. "Speaking of Jax, here is my precious little peanut..." 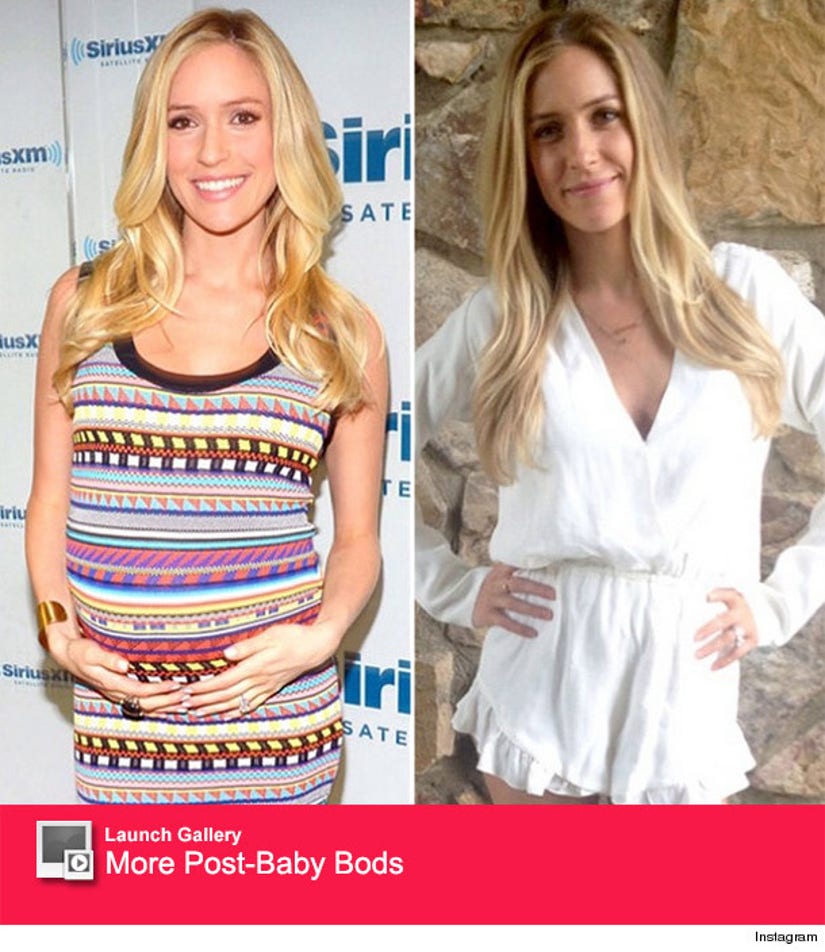 Cavallari and her hubby Jay Cutler welcomed baby Jaxon back in May.

The blonde beauty opened up to E! News last week about losing 20 pounds in just two months. "I started working out when Jax was three weeks old," she revealed. "I've been working out four to five times a week for 30 to 45 minutes at home, doing tons of leg work like squats, lunges and lifting weights. I want to start Pilates again to focus on my core. I'll probably get back into it in the next couple weeks."

"I'm still a couple of pounds away from my pre-pregnancy weight, but it took a solid three months with Camden and I think it will be the same this time," she added.

Click "Launch Gallery" at the top to see more cute celebrity kids, and check out the photos above to see more post-baby bods, before and after.