The original "America's Next Top Model" winner has become the unofficial Queen of Comic-Con thanks to her amazing costumes year-after-year, and this time around she impressed with not one, but four different looks.

"It has to be someone I like, identify to and can answer almost anything about if someone asks me. I'm not a booth babe cosplayer," she says of the thought behind her yearly get-ups -- adding that the convention allows her to be "everyone I've ever wanted to be." 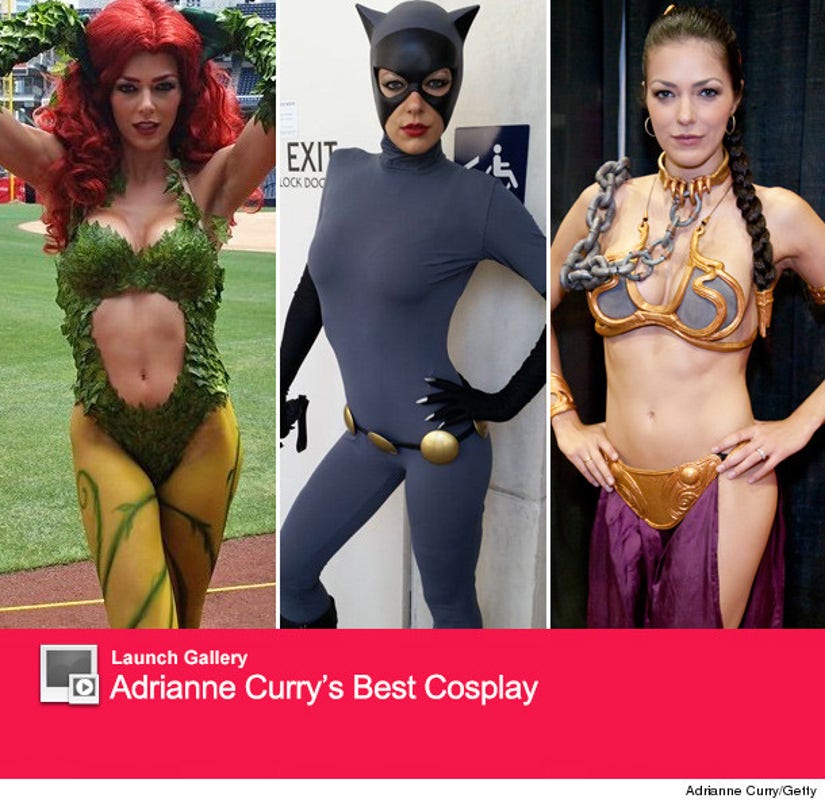 And while she looked incredible as Effie Trinket from "The Hunger Games," Poison Ivy, Catwoman and Sally Jupiter from "Watchmen," there was one costume that made its debut at the annual convention that she wasn't feeling.

"It's really hard when you start trying to mutilate a classic," Curry tells toofab's Brian Particelli (dressed as Gambit from X-Men, because why not) about Gal Gadot's new Wonder Woman costume, which Warner Bros. premiered during its Hall H presentation.

"Lynda Carter's series, she made that classic," Curry continues. "She killed it and I have yet to see one where I'm like 'Wow, that's just as cool as that one.'"

Curry isn't alone in her ambivalence over the new look, which has drawn some heavy comparisons to Lucy Lawless' costume in "Xena: Warrior Princess." We also talked to a ton of CW stars at Comic-Con this year and they were split down the middle on Gal's armor.

During our interview, Curry also got incredibly candid about some of the sexual harassment female cosplayers go through every year.

"What I'm really disappointed in is the lack of reaction from the men around me," she says. "Here are women screaming and defending themselves and all the guys are like 'Oh yeah, look at that. That chick just got molested, cool, right on.' It's like, step up gentlemen, because chicks are gonna stop portraying costly characters if you guys don't do something."

Curry's concerns have also been raised by a group called Geeks for CONsent, who created an online petition asking for a stronger anti-harassment policy from the event organizers. For more information, check out their website.

And see more of Curry's impressive costumes in the gallery above.