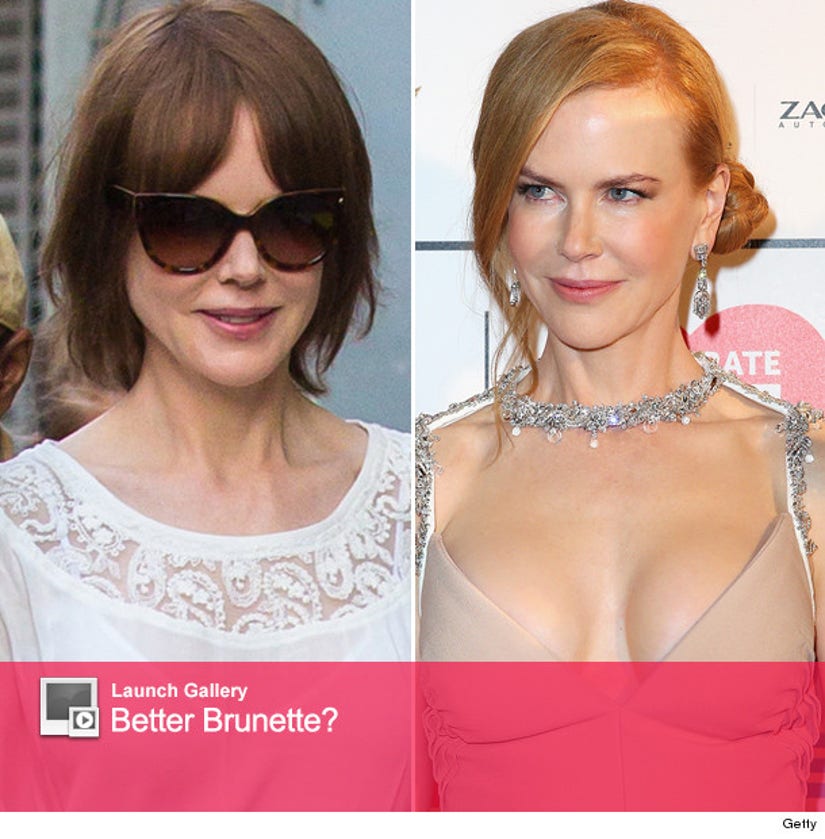 The actress was spotted in NYC on Monday rocking a short, brunette 'do, a far cry form Nicole's usually long and lighter tresses. The new look is for Kidman's role in "The Family Fang," meaning she's probably wearing a wig.

Is it just us, or is the look reminiscent of her hubby's trademark shag?

Nic and Jason Bateman play a brother and sister duo in the film, based on Kevin Wilson's bestselling book of the same name.

Kidman, 47, is no stranger to transforming her looks for a role.

She famously wore a prosthetic nose for her role in "The Hours," where she also donned another brunette wig. Kidman picked up an Oscar for the flick, where she played Virginia Woolf.

What do you think of Nicole's latest makeover? Sound off below!