Who knew the Emmys could be so fun?!

With Seth Meyers hosting and appearances from hilarious stars like Amy Poehler, Billy Eichner, Julia Louis-Dreyfus, Bryan Cranston and even Jon Hamm, the show was actually really entertaining this year. And with a sweet Robin Williams tribute from Billy Crystal, it was also very touching.

Of course, the show had a couple controversies as well. From Gwen Stefani's "Adele Dazeem" moment to Sofia Vergara taking heat for an arguably sexist segment, we've got a lot to talk about!

Here are the can't-miss moments from this year's show!

In the first LOL moment of the night, Seth Meyers starred in a pre-taped segment with the hilarious Billy Eichner. For those unfamiliar with Eichner's show "Billy on the Street," the comedian has made a name for himself by running up to unsuspecting New Yorkers and quizzing them on pop culture on the sidewalk.

The duo's Emmy-centric sketch was so hilarious, we almost didn't want it to end. Check out a longer version of it above!

The two former "Seinfeld" costars (Yes, Cranston once played Elaine's dentist boyfriend) reunited while presenting an award together during the show.

But it was when Dreyfus later won a trophy for Outstanding Lead Actress in a Comedy that the real action went down -- as Cranston ran up while she made her on her way to the stage and planted one wet (and extremely long) kiss on her lips.

Leave it to Weird Al to have the strangest moment of the night.

The singer decided to write words for some of TV's most popular theme songs, including "Mad Men," "Scandal" and "Game of Thrones." While the bit was divisive online, It was the latter that really impressed us though, thanks to Andy Samberg's surprise appearance as Prince Joffrey. Warning: Season 4 spoilers above.

When the time came for Gwen Stefani to announce the "Colbert Report" as the winner for Best Variety Series, she totally butchered it.

But hey, at least she looked amazing!

It was the moment that had everyone tears, as Billy Crystal took the stage following the In Memoriam tribute to remember his late friend Robin Williams.

He struck the perfect balance between funny and touching, as Billy called Robin "the greatest friend you could ever imagine." 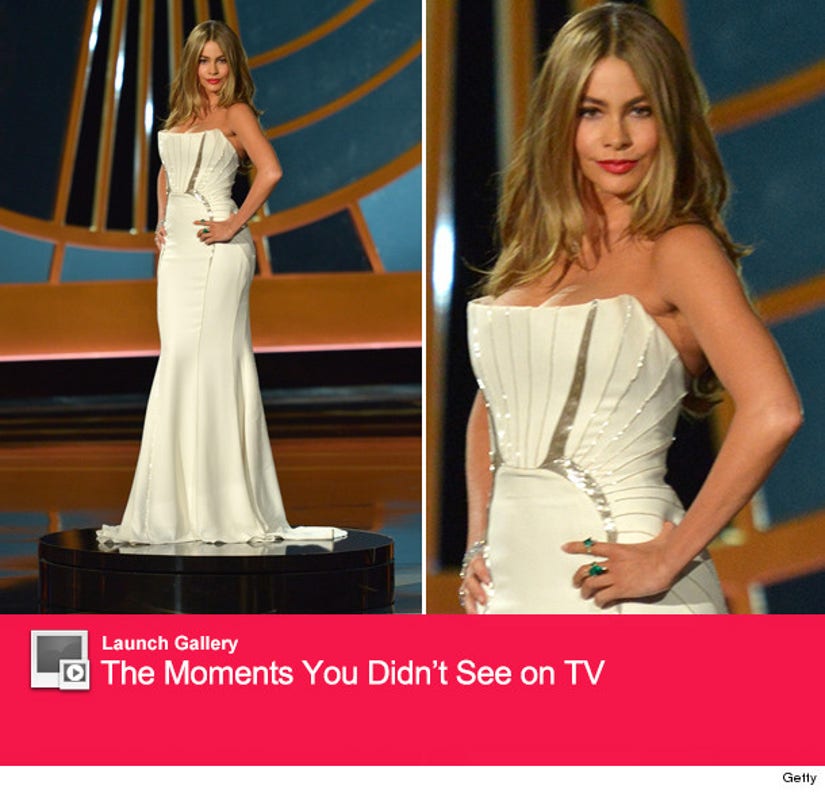 The telecast was bombarded with accusations of sexism during the Academy president's annual speech -- as Sofia Vergara was put on a spinning pedestal to keep viewers watching what would be an otherwise boring speech.

Though Twitter exploded over the moment, Vergara defended herself backstage.

"I think its absolutely the opposite. It means that somebody can be hot and also be funny and make fun of herself," she said. "I think it's ridiculous that somebody started this -- I know who she was -- who has no sense of humor [and should] lighten up a little bit."

For more Emmy coverage check out: