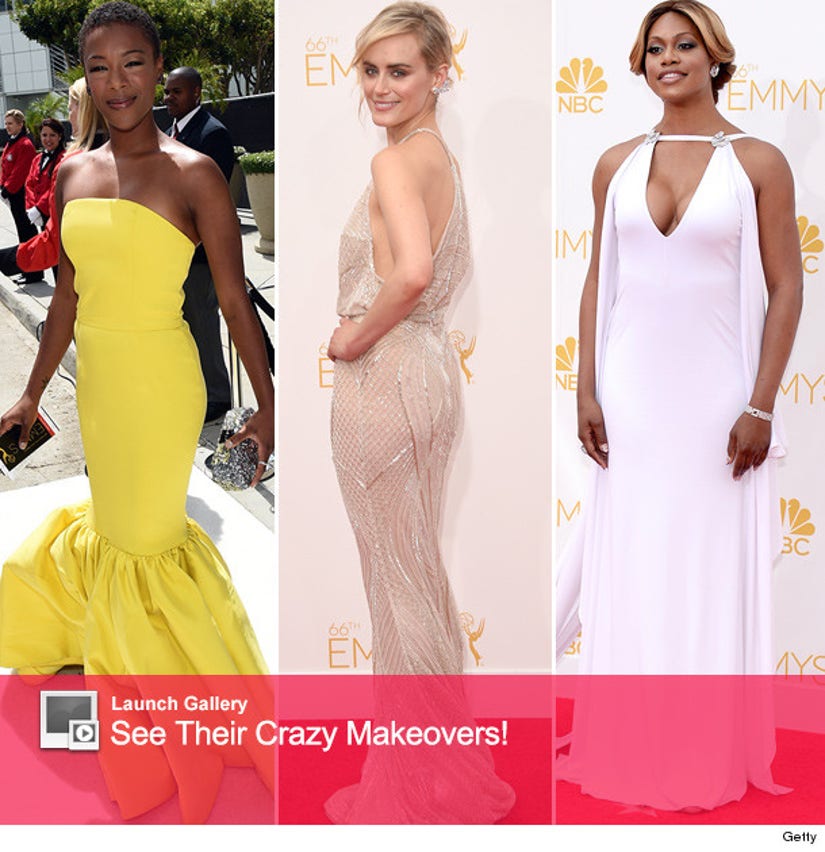 These women look so good out of prison garb!

The stars of "Orange Is the New Black" hit the red carpet at the 66th Annual Primetime Emmy Awards on Monday night in Los Angeles, proving there are some major glamazons under all messy hair, jacked up teeth and unflattering clothes they're forced to wear on the hit Netflix series.

Some of them are totally unrecognizable right? Especially Brewer, whose cornrowed Tricia Miller met an unfortunate end in Season One.

Check out the gallery above to see their crazy transformations -- and go to toofab.com for more Emmy red carpet sightings!