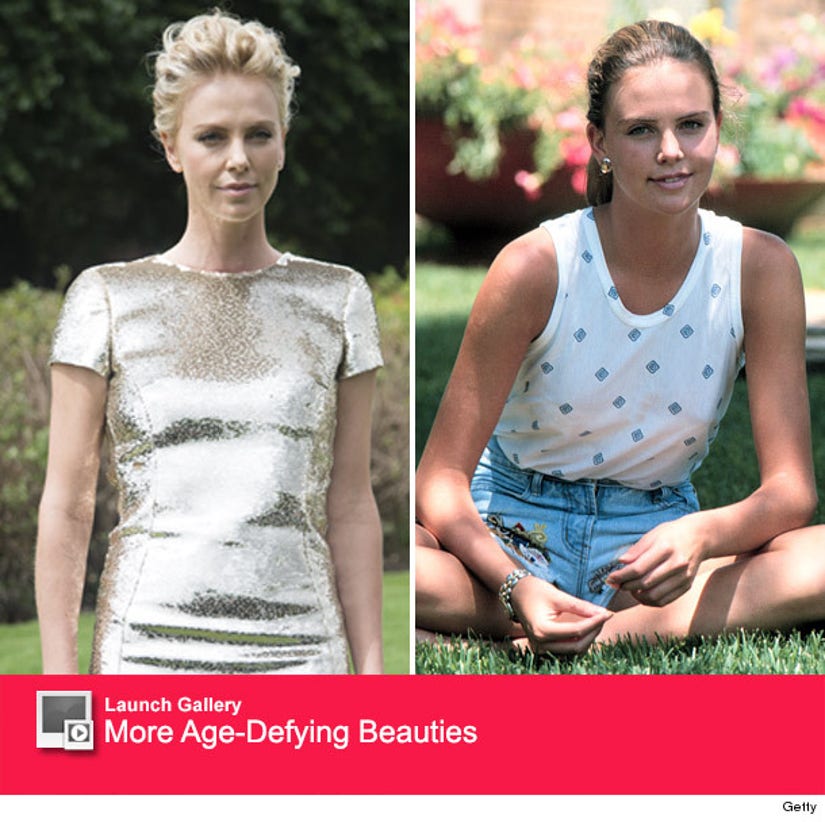 Charlize Theron has some strong opinions about aging!

The blonde beauty recently chatted with Women's Wear Daily, where she opened up about aging in Hollywood, and the treatment of women versus men as they get older.

When asked how the "Monster" star would describe womanhood, Theron says it's about finding "strength" in sexuality.

"I think that women find their strength and power in their sexuality, in their sensuality within, [through] getting older and being secure within that," she said.

"It's ironic that we've built the beauty world around 20-year-olds, when they have no f--kin' concept about wisdom, what life is about, having a few relationships below [their] belt and feeling hardships, to grow into [their] skin and feel confident within [themselves] and to feel the value of who [they] are, not because of a man or because of something like that. And I think that's such a beautiful thing," she added.

The 39-year-old also says that she believes women are treated different once they hit 40.

"And that's why I think people say women come into their prime in their 40s. And then for some reason our society just wants to go…it's like a dead flower. [She pulls a flower from a vase.] It's like we wilt for some reason. And men are like fine wines — the older they get, the better they get. It's such a misconception, and it's such a lost opportunity because that's when I think women are really in the true moment of their sensuality. I can't believe I almost killed that flower to make a point," she further explained.

The "A Million Ways to Die in the West" star also talks about her love of fashion -- and while she does have a good amount of clothes, she shares the wealth.

"I'm incredibly lucky, people are very generous and sending me stuff. I never take that for granted, but I'm always very aware that I'm one person and I can't wear everything. The idea of stuff just hanging in my closet and not being used — there's a little bit of the African in me that gets bothered by that [somewhat]," she says.

"My whole concept in life is if you're not using it, you should give it to somebody else so they can use it. And so my girlfriends are really happy about my theory on that."

What do you think about Charlize's candid comments? Sound off below and click "Launch Gallery" above to see even more ageless beauties!