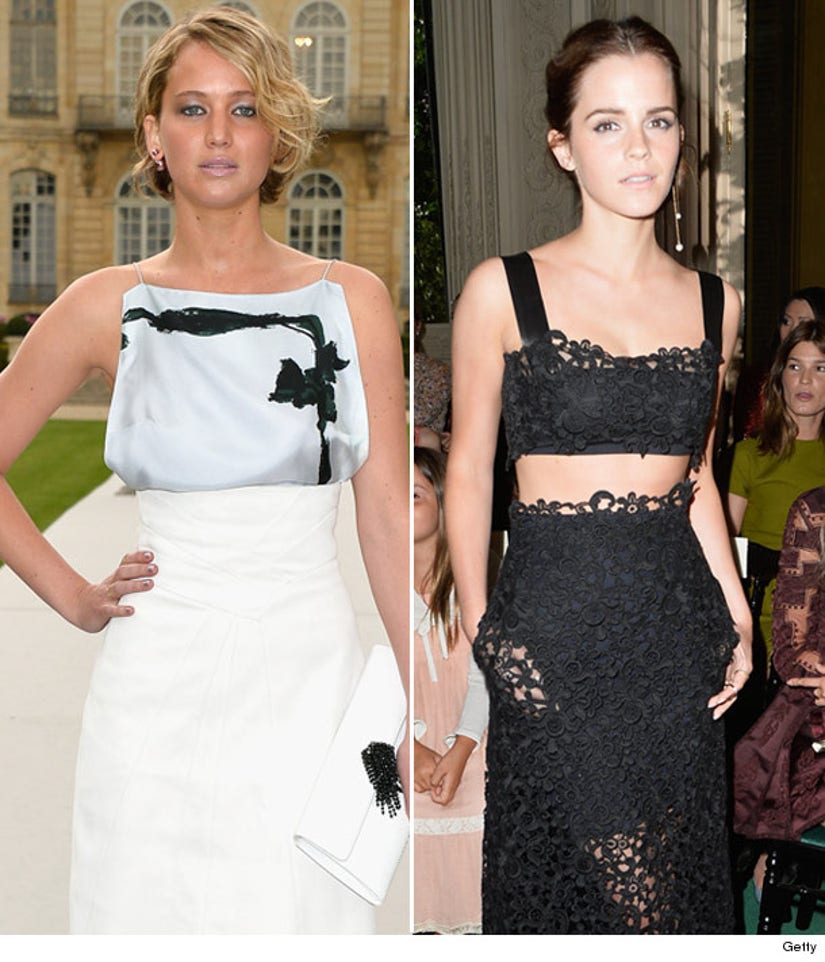 Stars like Jennifer Lawrence, Kate Upton and Kirsten Dunst were the victims of a massive nude photo leak over the weekend -- after a collection of personal photos was stolen from the iCould.

But there was something different about the reaction to the photos this time, as their release was met with a very vocal backlash like we've never seen before. Fans of the actresses and their celeb friends and supporters have condemned both the people releasing and sharing the images, as well as those shaming the women for taking them in the first place.

At one point the hashtag #imnotlooking even began trending, as many refused to even sneak a peek at the illegally obtained photos.

Keep reading to see what stars like Emma Watson, Lena Dunham, Patricia Arquette and more had to say.

Even worse than seeing women's privacy violated on social media is reading the accompanying comments that show such a lack of empathy.

Shame on you if you think that because a woman chooses to celebrate the beauty of her naked body she deserves to have her privacy violated.

Let's calm our tits about this J-Law bullshit. Someone invaded her privacy- We're making it worse. (And by the way, she did NOTHING wrong.)

You do not have the right to display someone else's private property without their consent. Period.

Every time someone opens a stolen intimate nude photo of anyone. They are becoming a sexual molester. Participating in a group molestation.

Remember, when you look at these pictures you are violating these women again and again. It's not okay.

Seriously, do not forget that the person who stole these pictures and leaked them is not a hacker: they're a sex offender.

The "don't take naked pics if you don't want them online" argument is the "she was wearing a short skirt" of the web. Ugh.

I obviously am not comparing women to merchandise. Just legally speaking, it shouldn't be tolerated to repost stolen pics.

Thank goodness #ImNotLooking exists. Faith in humanity has been restored. People deserve RESPECT even on the internet

Ricky Gervais found himself in hot water after placing some of the blame on the stars who taking the photos. "Celebrities, make it harder for hackers to get nude pics of you from your computer by not putting nude pics of yourself on your computer," he tweeted, before then deleting the tweet. He followed it up with the messages below:

Making a joke about a thing doesn't mean you condone that thing.

Of course the hackers are 100% to blame but you can still makes jokes about it. Jokes don't portray your true serious feelings on a subject