The 45-year-old actor took to Instagram to document his hair transformation as he shaved off the handlebar mustache and pointed beard that he was sporting for his upcoming film, "Pan."

"Going…" he captioned the first video, before writing, "Gone…" with the second clip.

Jackman grew the facial hair (and shaved his head) for his role as Blackbeard in the upcoming "Peter Pan" remake.

This is quite a difference for the hunky actor, who usually sports a full head of hair and a bushier beard.

We're happy to see Hugh's pirate 'do go, but we can't wait to see the movie, which also stars Amanda Seyfried, Rooney Mara as Tiger Lily and Garrett Hedlund as Hook.

What do you think of Jackman's clean shaven look? Tell toofab in the comment section, and click "Launch Gallery" below to see more movie makeunders.

Check out the photos above to see more bearded celebs! 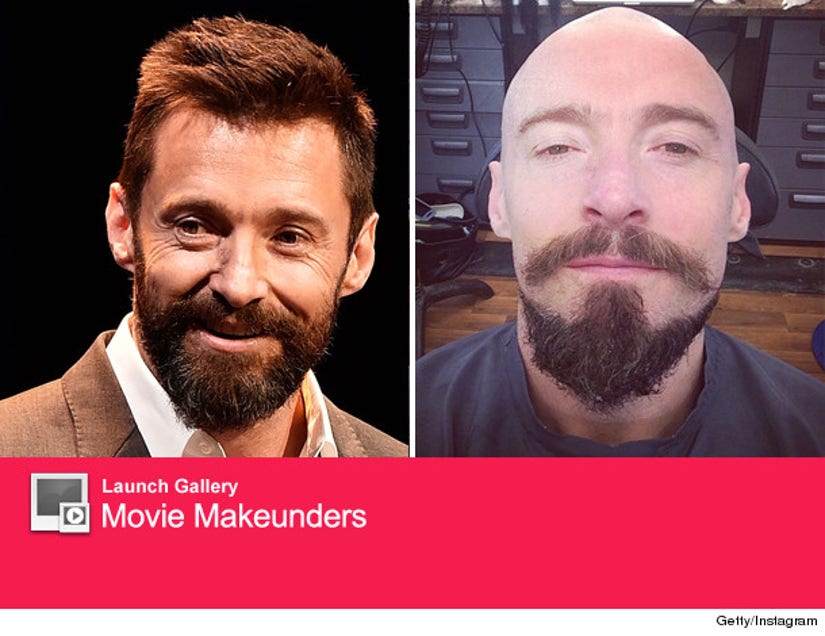