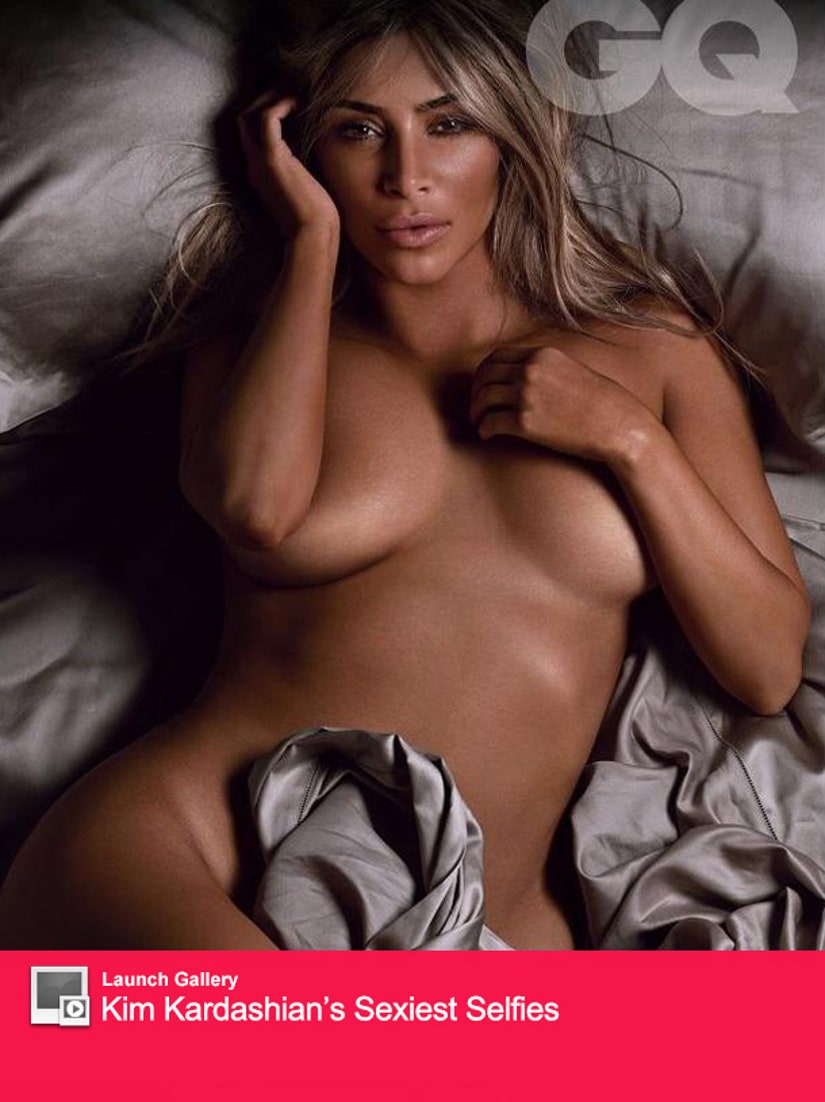 Kim Kardashian strips down to nothing but a pair of pink heels in British UK's September issue, just after being crowned the Woman of the Year at the annual GQ Men of the Year Awards.

It's clear the photos were taken some time ago, as she's blonde in the extremely revealing shoot. The reality TV star sported lighter tresses from September 2013 until February 2014, but was seen wearing a blonde wig in June ... so it could have also been done then too.

Other photos from the spread show off even more of her body -- including her famous butt and, in one shot, some nipple. Of course, Kim's no stranger to nudity. In addition to her infamous sex tape and numerous selfies, she also posed for Playboy back in December of 2007.

Earlier in the evening on Tuesday, Kim attended the GQ event with Kanye West, where she thanked her hubby while accepting her prize.

So, why did Kim get the honor? Here's GQ's explanation:

"It's been quite the year for Mrs. Kardashian West. She gave birth to her first child, North West, married her rapper boyfriend, Kanye, in one of the most lavish ceremonies on record, and made the transition from 'just another' reality TV star to bona fide media sensation. It wouldn't be wrong to claim that, right now, she's the most famous woman in the world."

They have a point.

You can see more from Kim's racy shoot in the September issue of British GQ, available for mobile devices now and hitting newsstands Thursday.

Check out more photos of the couple from Tuesday's event below. 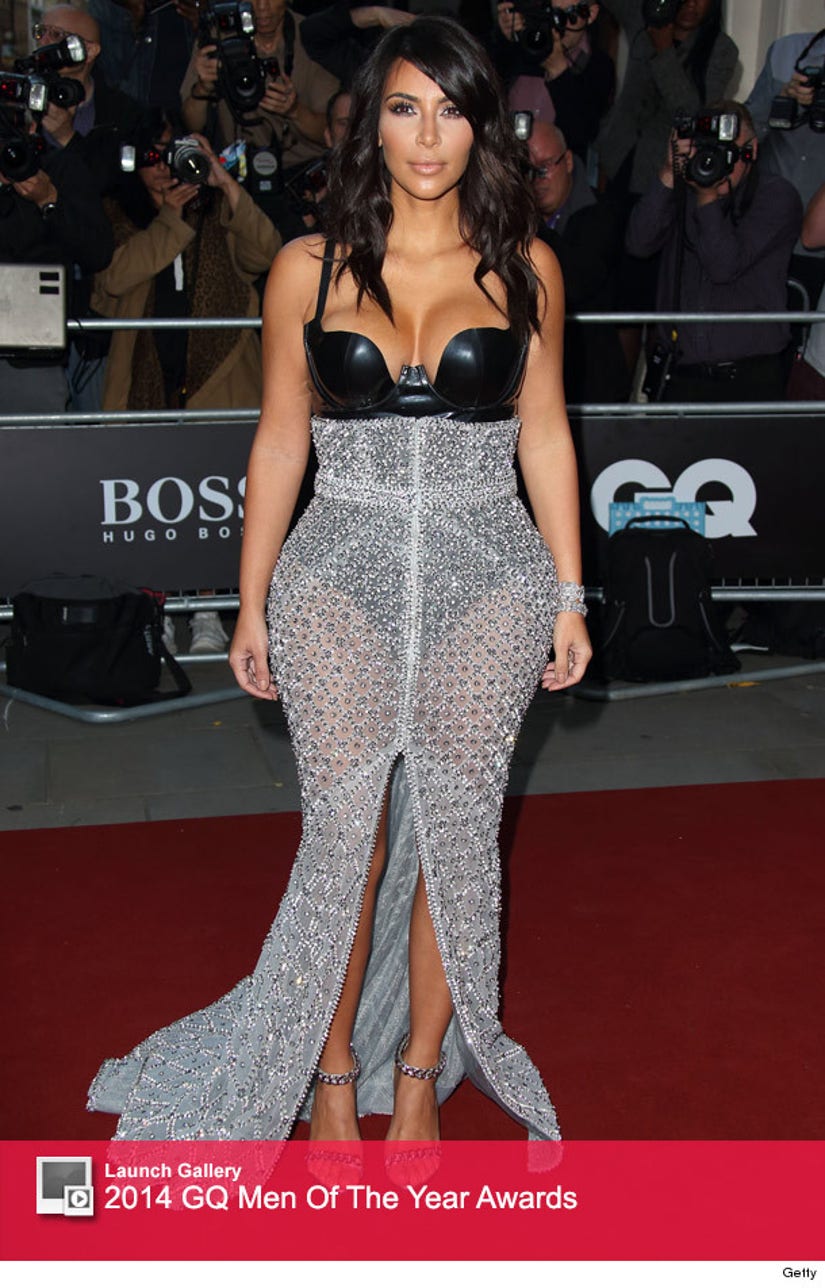