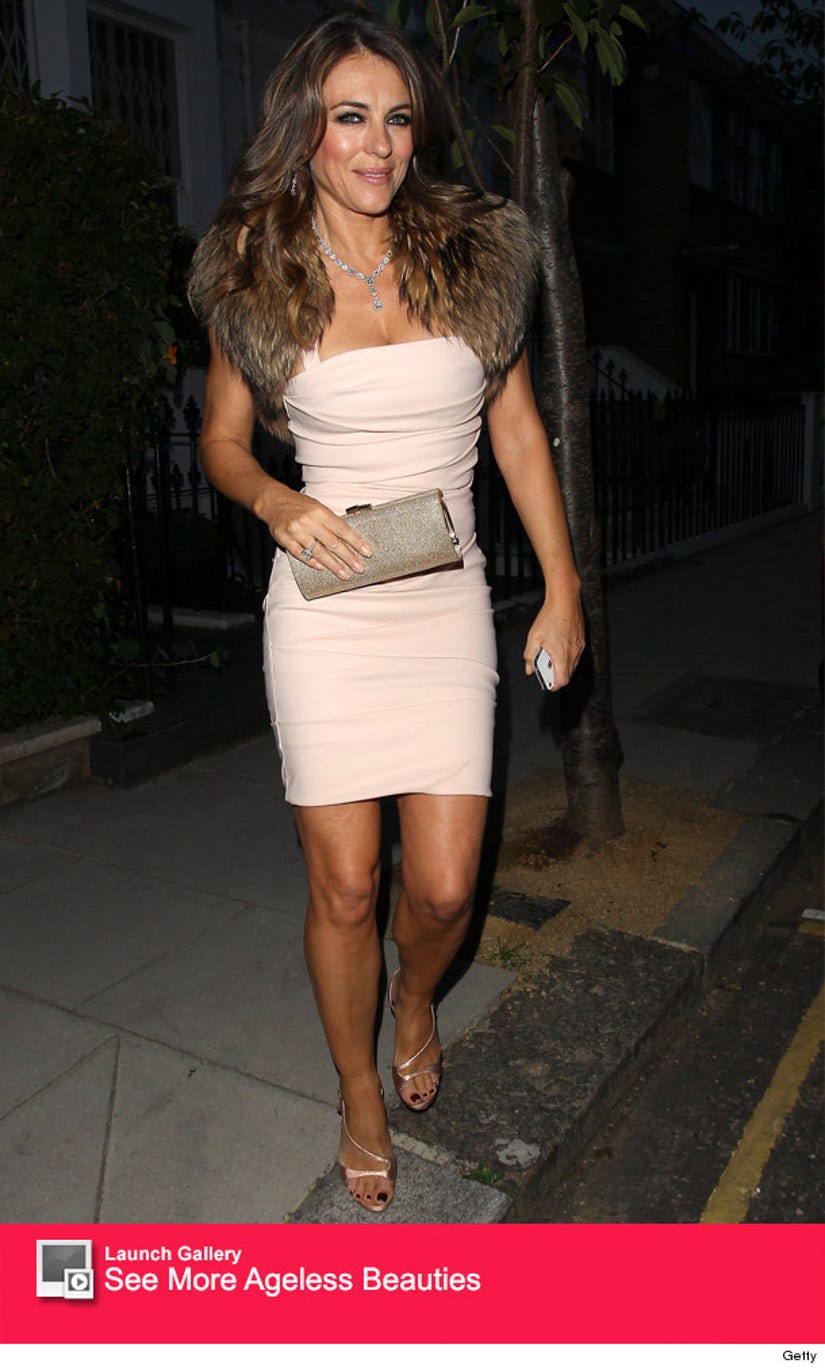 The British actress attended Elton John's AIDS Foundation in Windsor, England on Thursday. The 49-year-old looked stunning in her pale pink bandage dress, but really stole the spotlight when she kissed a fan for charity.

Julian Bharti reportedly donated 50,000 Euros to the foundation in exchange for a smooch from Hurley. It definitely seemed like the businessman enjoyed the smooch a little bit more than the actress though -- just look: 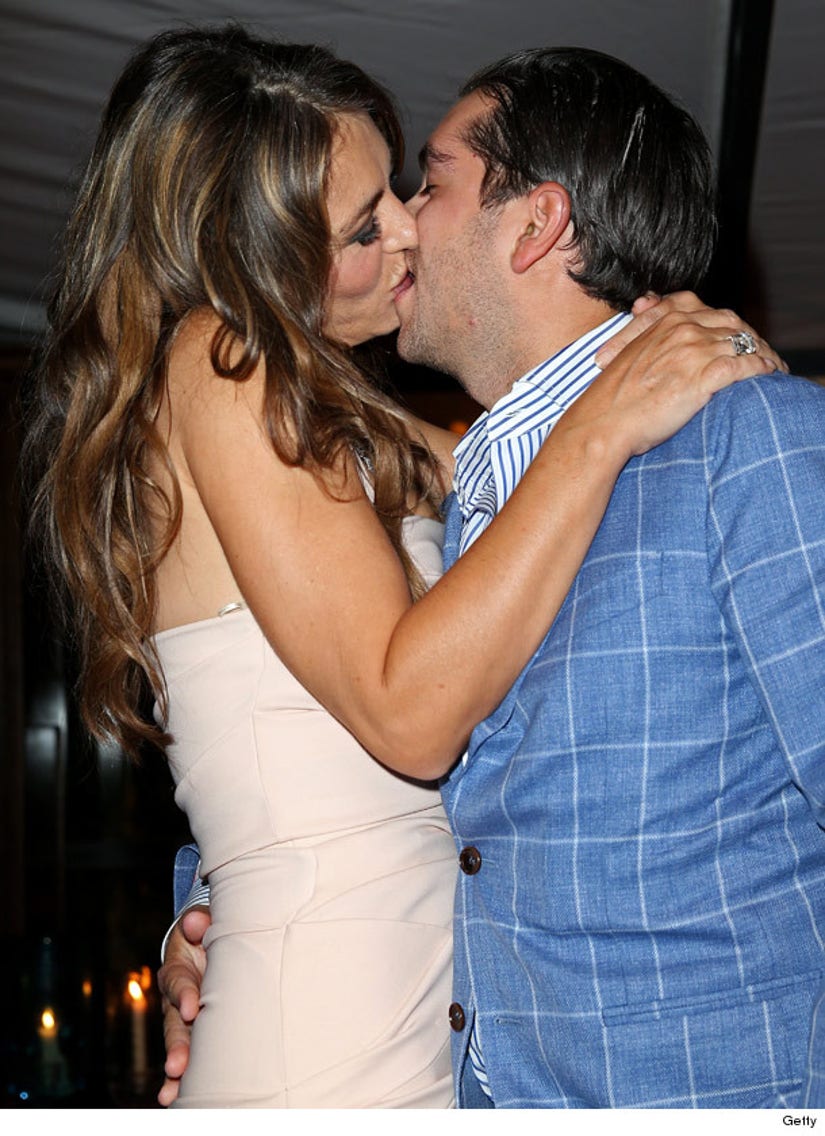 Bharti told the Daily Mail that Hurley has always been the "woman of his dreams," and that his wife was more than O.K. with the lip-lock, which was for a good cause.

Is there anyone you'd shell out that much money to swap spit with? Tell toofab in the comment section below and click "Launch Gallery" above to see even more ageless beauties!