It's been 15 years since Haley Joel Osment starred in "The Sixth Sense" -- and these days, he's looking very different.

The actor started trending on Twitter on Wednesday after new photos of him from the set of Kevin Smith's upcoming film, "Yoga Hosers," dropped online.

Sporting a business suit, Nazi stache and slicked back hair, the 26-year-old former child star was barely recognizable as he worked. It's unclear who he'll be playing in the film, but he was surrounded by Nazi propaganda on set.

While it's a pretty shocking transformation for the young star, keep in mind this is still a set -- and he looks pretty different in real life. 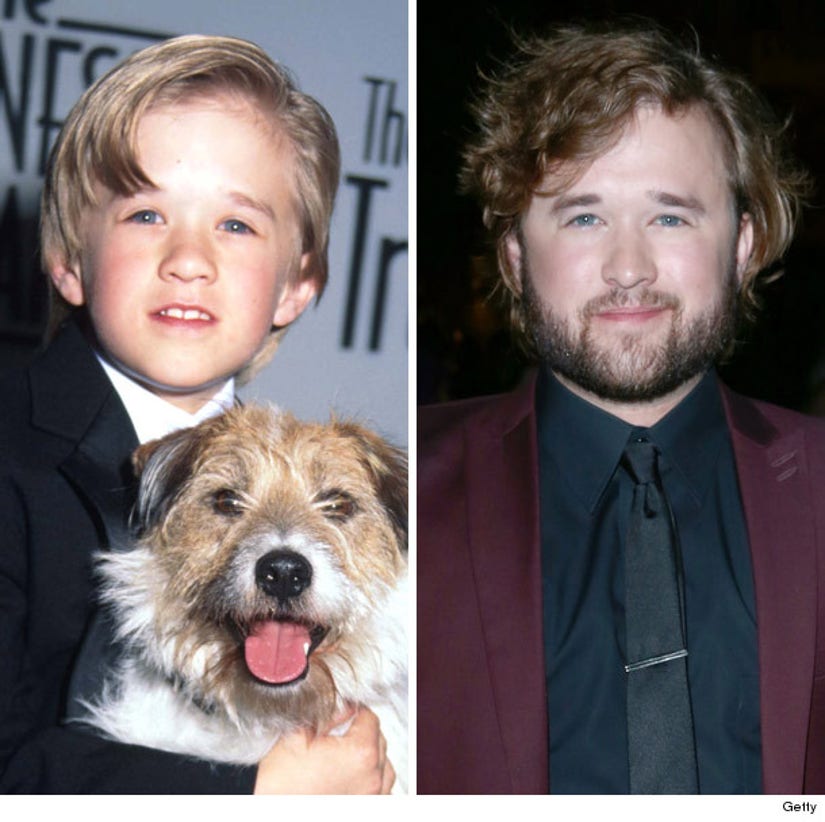 Osment hit the red carpet just last week at the Toronto Film Festival, where he was promoting another Smith film, and looked more like the Haley Joel we've come to know in the past couple years (right).

It's a tough transition for child stars out there. Another famous face from the '90s recently told toofab he gets mistaken for Osment all the time.

Click here to see what Jonathan Lipnicki from "Jerry Maguire" said about the "Sixth Sense" star here and find out what he looks like now too!