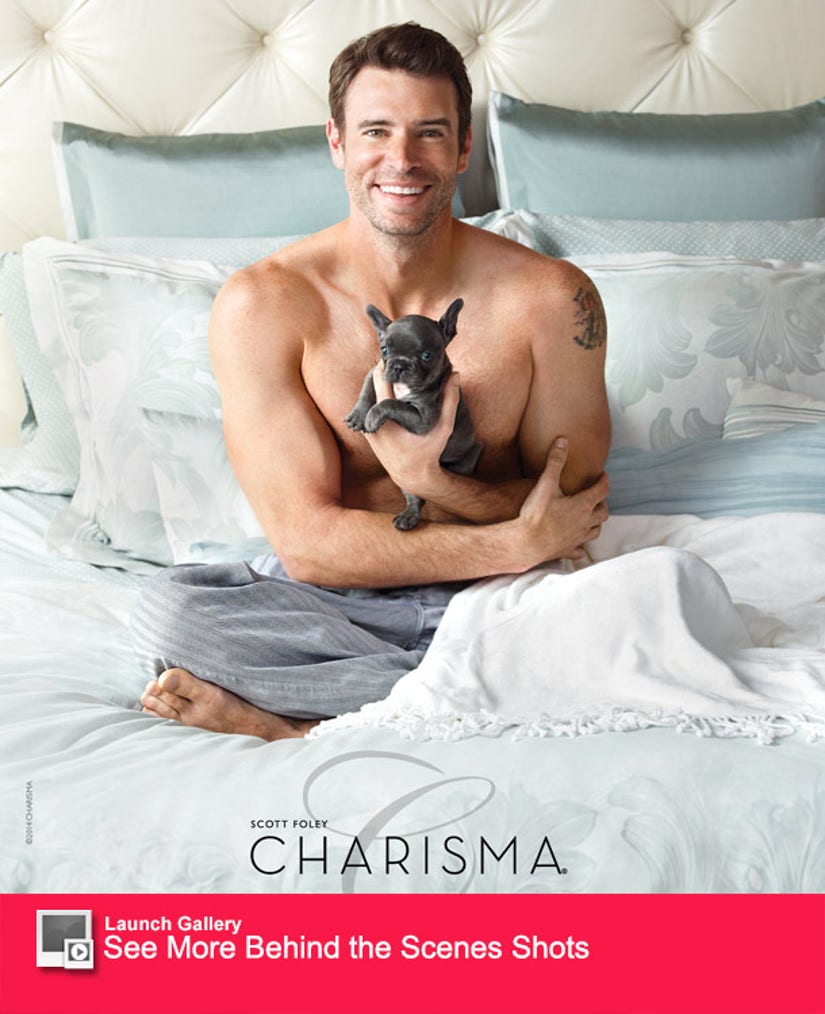 The "Scandal" star goes shirtless for his second campaign with Charisma home goods. And while we thought we had it good when he went sans shirt the first time around, the good folks at Charisma decided to throw some incredibly cute pooches into the mix for Version 2.0.

Shot in Los Angeles, the photos show the 42-year-old actor in various states of undress, putting both his tattoos and impressive physique on display.

The campaign will debut in November issues of magazines like Elle Décor, House Beautiful, InStyle and more -- but, for now, we've got a ton of behind the scenes photos from the hot shoot above ... and a video below.

"I challenge you to wrap yourself in some Charisma sheets and not feel luxurious," the former "Felicity" star says in a press release. "My family and I have Charisma bedding at home, and my wife refused to sleep on anything else."

With Scott by our sides, we may not be so picky ...