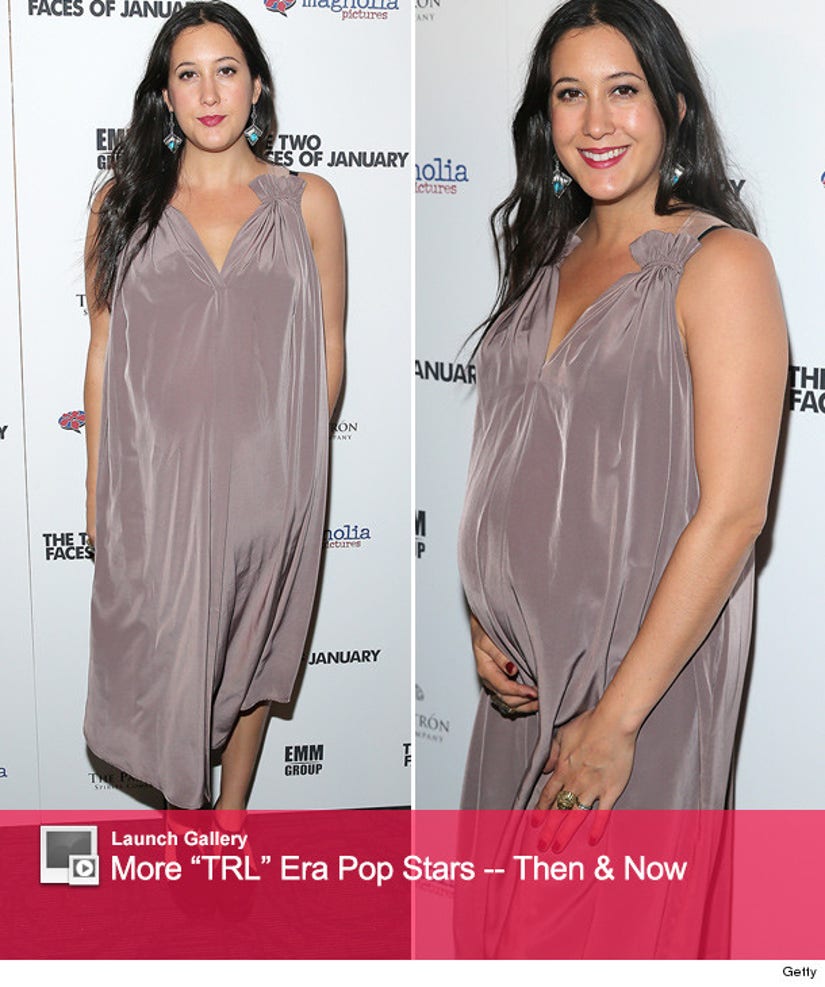 This is one happy mother-to-be!

Singer Vanessa Carlton hit the red carpet last night for the premiere of "The Two Faces of January" in New York, proudly putting her baby bump on display in a shimmering, flowy HATCH gown.

The 34-year-old announced her pregnancy with husband John McCauley back in June -- citing the baby as the reason her next album, "Lieberman," would be pushed to the summer of 2015.

"We're expecting a baby. It's healthy and moving around like a champ," she said at the time. "I'm bummed to delay the album because it's so special to me and the perfect combination of England and Tennessee. When I put the record on it feels like medicine. I hope it does the same for you…in due time!"

The baby news came after the couple lost a child after experiencing an ectopic pregnancy, something Carlton opened up about on Facebook.

"I announced that I was pregnant during the first week of tour. The day after our NYC show on Oct 15th, I was diagnosed with an ectopic pregnancy, or in my case it was a fallopian pregnancy (the embryo settled in my tube, which is the width of a straw.) This is not considered a viable pregnancy because the fetus cannot develop and it is a high risk situation for the mother because of the potential for tubal rupture and internal bleeding."

We're so glad to see her happy and healthy -- and can't wait for the "A Thousand Miles" singer to welcome her first child!