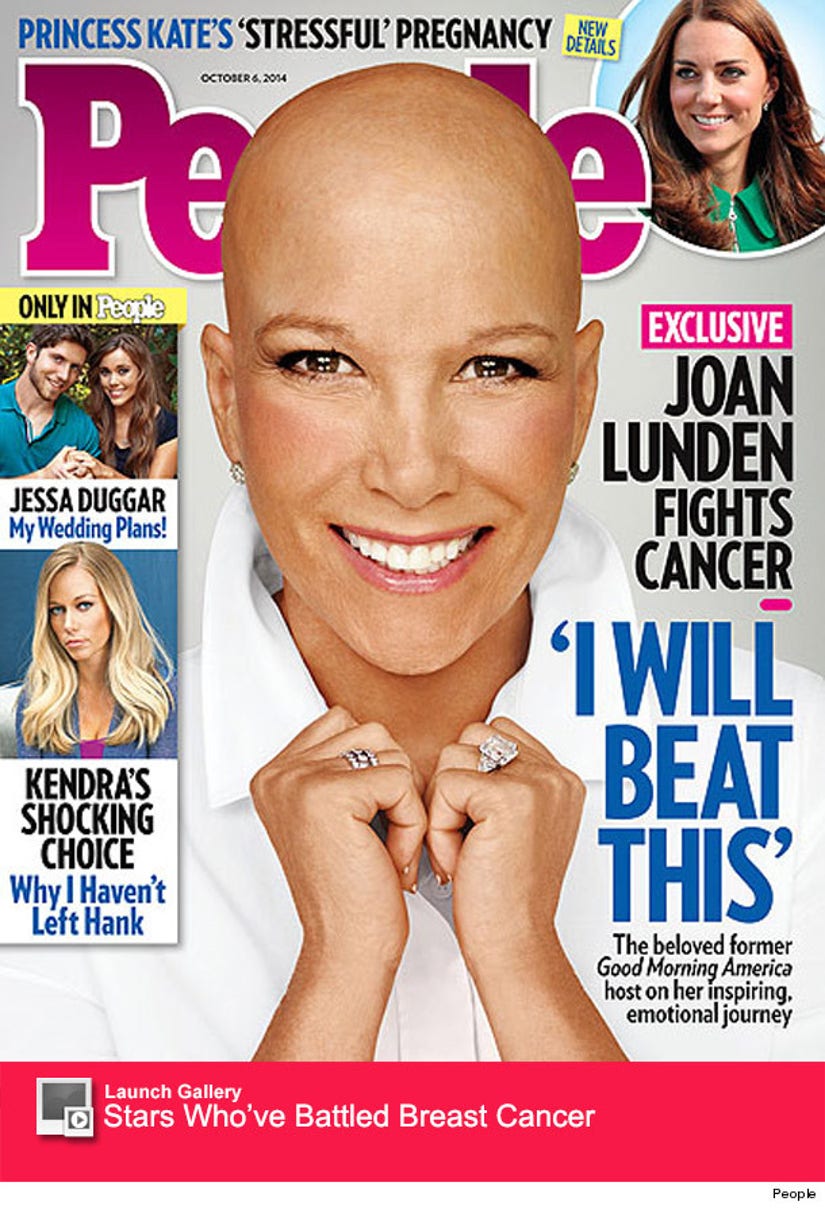 Former "Good Morning America" host Joan Lunden is opening up about her battle against breast cancer -- and is appearing completely bald on the cover of People.

In the accompanying interview, she opens up about her fight with the disease and her decision to go public with the news.

"I could decide to do nothing, but that's certainly not my personality," she tells the mag. "I was handed an opportunity to learn everything that I can about this and try to help others."

The TV veteran announced the news of her diagnosis to fellow cancer survivor Robin Roberts on "GMA" in June, where Lunden left with some valuable advice.

"Robin told me waiting for your hair to fall out is excruciating," she says. "So I didn't want to wait."

Just one week after finishing her first chemo treatment, the 64-year-old decided it was time to shave her head. "You know it's going to happen one of these days and you are wondering how and when, so I just owned it."

While she was sure about her decision to cut off her hair, she was hesitant to be photographed without a wig.

"I'm almost reluctant to say it because it sounds superficial," she admits. "But when you lose your hair, it just affects the way that you look at yourself in the mirror. You feel less feminine, pretty or desirable, and it's not an easy thing to go through."

Joan, who's set to appear during a week-long series of segments on "Today," called into the show on Wednesday to talk about her bold photo shoot.

"It was such a tough decision. As a parent, I worried how my kids would think," she said. "And it wasn't the comfortable decision -- knowing you were going to be seen by everyone in such a vulnerable way --- but I know it was the right decision."

It the end, she wanted to help other women going through the same ordeal.

"I knew I could be a voice for a quarter of a million women who are diagnosed every year with breast cancer, and I wanted to show that your health is more important than your hair," she said. "Your hair grows back after you stop chemo, and then you have your life."

For much more from Lunden, pick up the latest issue of People, on newsstands Friday, and watch her segments on "Today" next month.