With his Australian accent, long locks and ripped physique, Jaason Simmons was one of the sexiest stars to ever wear a red "Baywatch" swimsuit.

To celebrate the show's 25th anniversary this week, the 44-year-old actor sat down with toofab's Brian Particelli for a look back at the long-running show about a group of incredibly good-looking lifeguards.

"Yasmine [Bleeth] and I joined and it was pretty much into the mix right away, at the height of it we had hundreds of paparazzi on the beach and coach loads of tourists. It was sort of like doing a circus," Simmons says of his first days on the set back when he made his debut in 1994.

"First day I drove the truck into the tower and swiped the side of the door, because in Australia we drive on the other side of the road," he adds. "Then I proceeded to do a stunt fight when David Charvet and accidentally hit him and gave him a fat lip. So the day was just getting better and better!"

PHOTOS: Whatever Happened to Yasmine Bleeth? 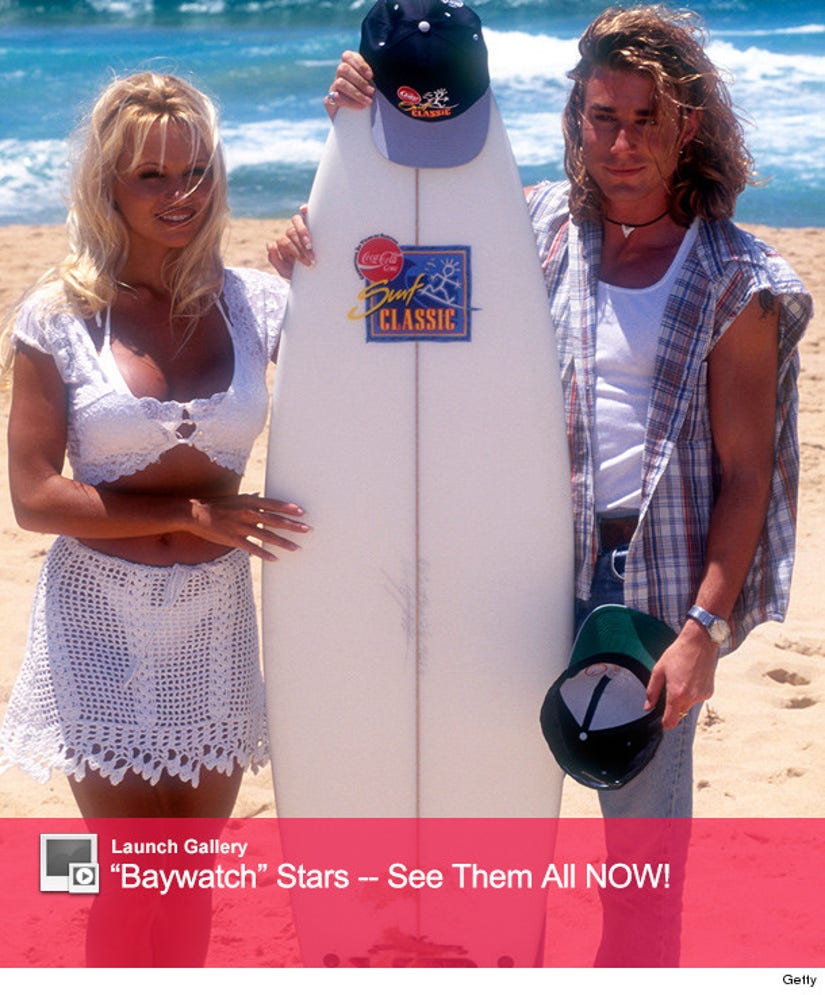 Simmons would appear as Logan Fowler for three seasons on the show, before leaving in 1997.

"I experienced it, it was interesting," he says of his run. "I had done one show prior to that and a movie and my first year of drama school, so I wasn't even done. So I quit the show, went back to drama school and went to London and sort of just did stage for a while."

The actor surprised fans when he came out in 2008 -- but he tells us, his costars were never in the dark about his sexuality and were nothing short of "fantastic."

"Everybody knew, I just didn't speak about my private life, I'm pretty shy and introverted. So to go in a show when you're like that, it takes a lot of adjusting. I was like, baby steps. I was in a relationship for the whole time and they were all aware and it was fantastic and no issue."

Check out the video above to see what else Simmons had to say about his character's trademark locks, his current relationships with his costars and his time living in a monastery!