The cast of "Scandal" is spilling their most scandalous secrets!

Each actor wrote down a personal secret on a piece of paper that their costars wouldn't know about them. They were then split up into two teams -- the White House and Olivia Pope & Associates.

The best part? Kerry surprised Ellen by bringing out the talk show host's wife Portia de Rossi, who is appearing in multiple episodes of the upcoming season.

Check out the clip above to see DeGeneres' reaction to the surprise, and find out which one of your favorite "Scandal" stars learned how to ride a bike only two years ago!

Before the cast battled it out, Washington revealed what's it really like to kiss her costars, Goldwyn and Foley.

"Who is the better kisser? It's just a simple question," Ellen asked the actress. "I don't enjoy either one. I think they're both lovely men," Kerry replied.

"She doesn't enjoy kissing either of you," the comedienne reiterated. "But I love my job and I like that I get to work with such talented, extraordinary guys but it's awkward," the brunette beauty explained.

Watch the clip above to hear what Kerry's husband thinks of their steamy sex scenes!

The new season of "Scandal" premieres tonight on ABC -- will you be watching? Sound off below. 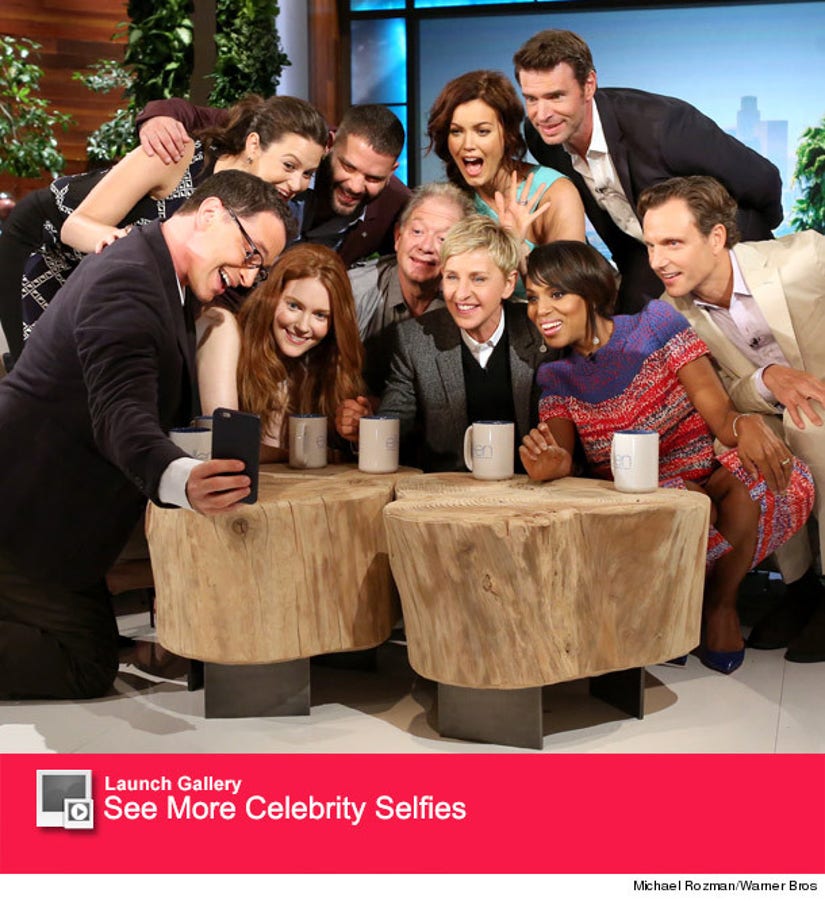