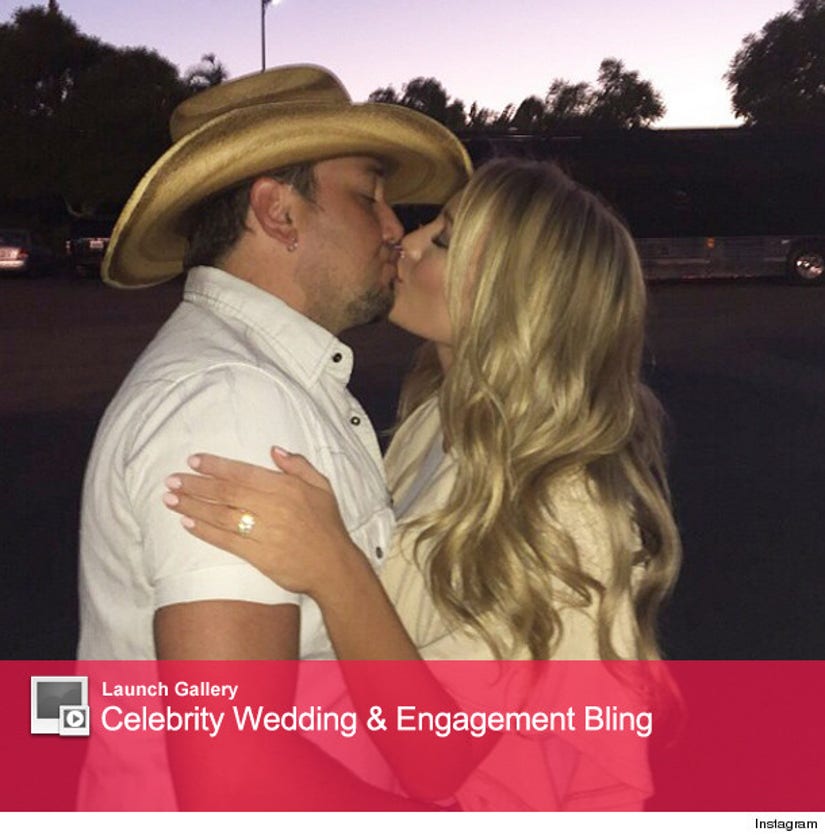 Jason Aldean and Brittany Kerr are ready to get hitched!

Hours after the news broke that the country star had proposed to his girlfriend, the "American Idol" alum shared the first photo of her diamond engagement ring.

"We've been on cloud nine the past few days!! My heart has never been more full of happiness and love... Can't wait to spend the rest of my life with this man," she wrote on Instagram. "So many blessings and memories are in our future and SO thankful I get to share them with him. Thanks for all the support and kind words y'all have given us #love #foreverandever #itdidnthappenatthezoo #happyhappyhappy."

According to TMZ, the "Burnin' It Down" singer popped the question during a private tour of the San Diego Zoo on Wednesday.

This will be the second marriage for Jason and the first for Brittany.

Aldean and his ex-wife split after the "Dirt Road Anthem" crooner was photographed kissing the aspiring musician in September 2012.

Aldean and Kerr admitted they were dating in March 2014. Last week, he defended his relationship with his now-fiance. "It has been two years of this s--t," he told Billboard. "Get over it, already!"

What do you think of the engagement news? Sound off below.