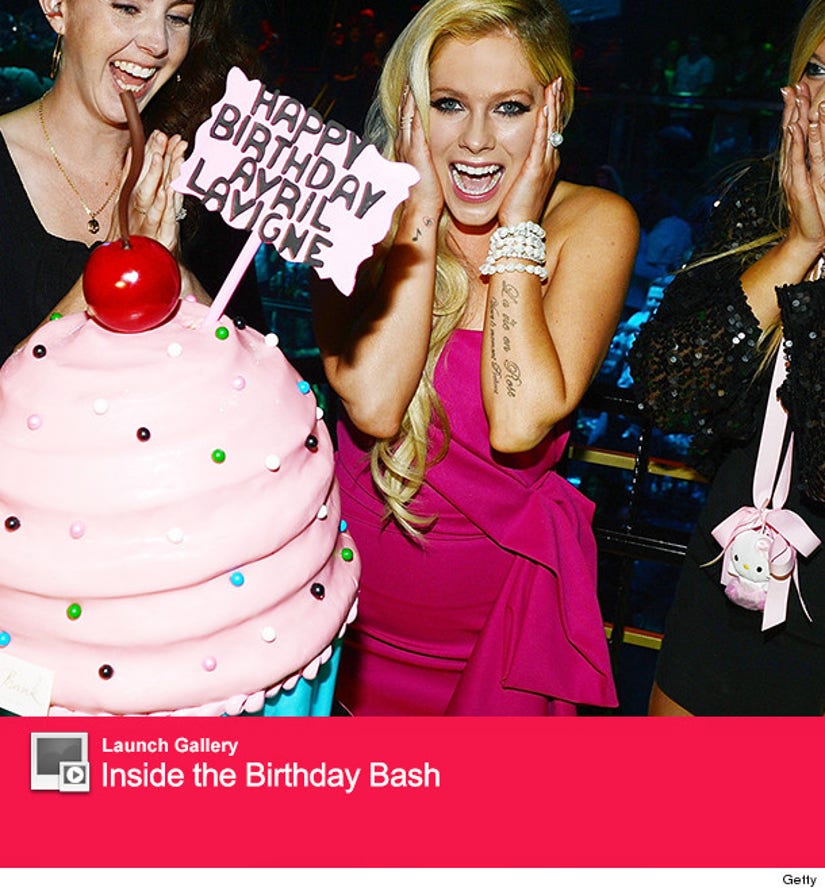 Is there trouble in paradise for Avril Lavigne and Chad Kroeger? Her birthday photos may provide some clues.

The singer celebrated her 30th on Saturday night with a big party at Bank nightclub inside the Bellagio in Las Vegas.

While she looked gorgeous in a hot pink mini with her hair swept to the side. She accessorized with peal bracelets and nude pumps.

But one accessory she wasn't rocking: Her wedding ring!

Though Lavigne was wearing a giant rock on her ring finger, it wasn't the one she got from Chad for her engagement, wedding or her one-year anniversary. Instead, it looked like a piece of costume jewelry.

Chad was also nowhere to be seen at the bash though, as Avril celebrated with a group of girlfriends and her makeup artist Gabriel Panduro.

The two haven't been seen together in quite some time now, fueling evidence of a split.

Avril has yet to comment on the matter. What do you think is going on here? Sound off below!