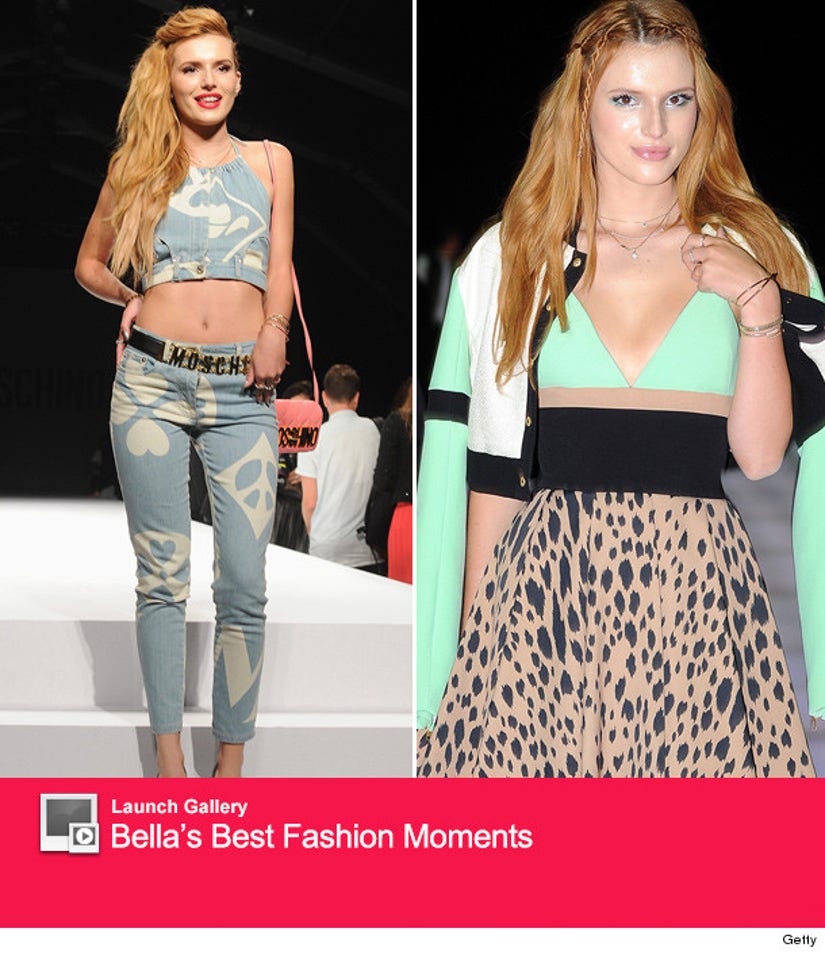 While promoting "Alexander and the Terrible, Horrible, No Good, Very Bad Day," star Bella Thorne had some advice that was anything but terrible, horrible, no good or very bad.

The actress sat down over a plate of garlic fries with toofab's Brian Particelli over the weekend, where the two talked about her latest role, her stellar style evolution, going goth for "Amityville: The Awakening" and encouraging other to embrace their inner-weirdness.

Check out the full interview below. For 16, this is one well-spoken teenager! 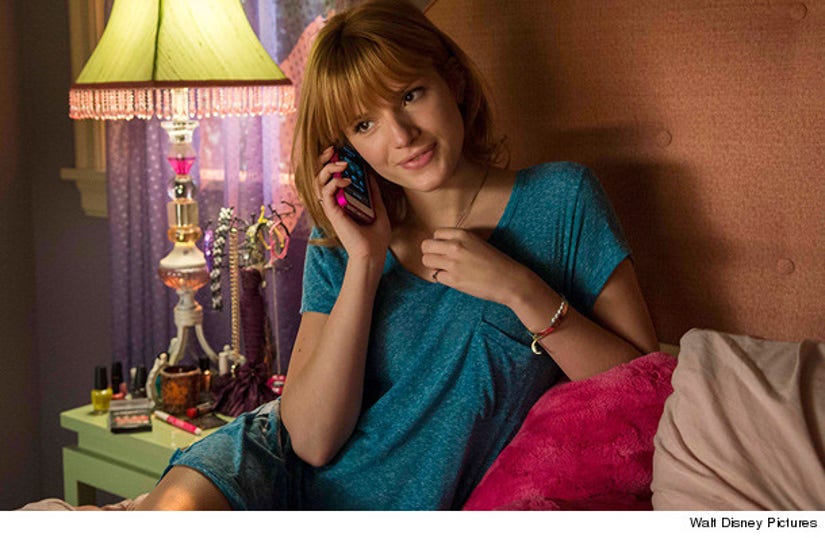 toofab: What was it like playing the "mean girl" role in "Alexander"?

Bella: You can't think of her as mean, you have to think of Celia as a perfectionist. That is her character. She explains in the movie why she needs this day to be so perfect for her and it gets messed up and she gets mad, of course. It's understandable. I think anyone can get mean if they're mad. It's easy.

toofab: You share some hilarious scenes with Steve Carell and Dylan Minnette (who plays her boyfriend in the film), what was it like being on set with them?

Bella: There's not as much laughter as you'd think. Comedians are very hard workers, but they're not on all the time because that's not humanly possible. These comedians are studying their lines between takes, they're doing everything a dramatic actor would do. Everybody's here to get their job done and make sure the movie is great.

toofab: There was one scene in-particular where you had to keep a straight face -- I don't know how you did it!

Bella: It's so hard to play it straight, it's so difficult! And Dylan kept cracking up next to me, and I'm like 'Stop laughing, you're making me laugh!' It was so funny, I was laughing so hard. And we were all tired, so we were slap-happy already and you have Steve Carell in the car with you, come on!

toofab: Were you a fan of the book before signing onto the film?

toofab: Cecilia's main goal in the film is to win Prom Queen. As someone who was home schooled, was it fun for you to get into that prom dress?

Bella: I've been to homecoming and that kind of stuff. For the kids that go, it's probably so exciting to get dressed up in heels and a short little dress and hair and makeup, but I do it all the time. So when you have to stay there from 6-12 -- because they don't let you leave, they don't let you out, that's crazy -- I'm just like 'Girl, I've been in these heels so long, are you kidding me right now?' I just want to take my makeup off and go to bed. I'm in bed at 10:30 almost every night. I'm not a night owl. 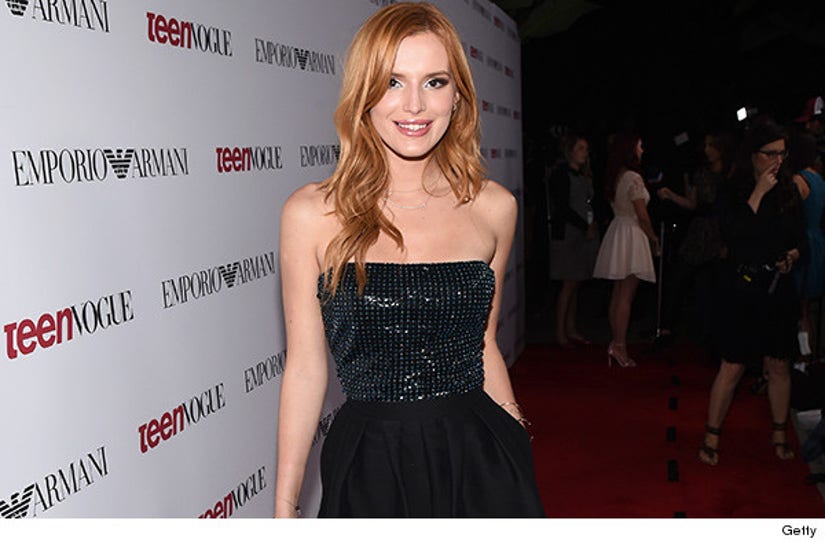 toofab: We saw some photos of you at the Teen Vogue Young Hollywood Party over the weekend, looking amazing. How has your style changed with age?

Bella: My style has become much more reserved and simple. But so has my personality. I used to look over and just want everyone to like me and try to be someone else so I would please everyone. I wish that I would have taken the advice I was given and that is the advice I give people now, which is 'Don't do that.'

toofab: So what's going on with "Amityville: The Awakening"? The release date was pulled after the first trailer was dropped online.

We wanted to remove our release date and it was a decision we made with the studio because we love the film. I just saw it, I'm so happy with our work, it looks so good. I love our director, I love Cameron Monaghan, I love the people we worked with in the film. Jennifer Jason Leigh, when you see her onscreen, she's like crazy talented. This woman is so weird and intriguing, she's so nerve-wracking that at any second you think she's gonna bust out. The film is crazy, I loved the film.

toofab: What was the transformation like for you, to play a goth teen in the film?

Bella: I'm very goth, I'm very dark in the film. You look at her at first like 'Who's this one-dimensional girl that's so moody, that sits in the corner, is she just a broody teenager?' But then you realize why she is and it's so upsetting, it's so sad and it's really a family drama. She puts up a front and she's got the black lipstick, the black eye makeup, the chains. And then you realize why she's done that and it sucks.

While we have to wait until sometime next year for "Amityville," you can see Bella in action in "Alexander and the Terrible, Horrible, No Good, Very Bad Day," when it opens October 10.