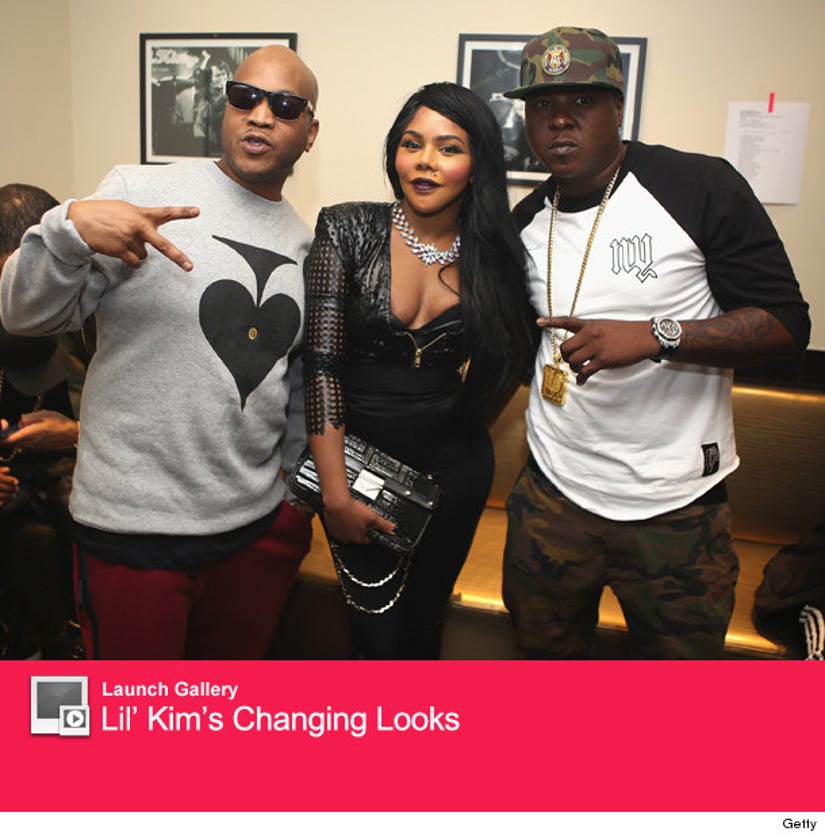 Lil' Kim is back on the scene!

The new mom showed off her slim post-baby bod during Fabolous' "Soul Tape 3" concert at B.B. King's in New York City over the weekend, just four months since giving birth to her daughter Royal Reign.

Sporting a cleavage-baring black leather jacket and black pants, the rapper hit to stage to perform hits including "It's All About the Benjamins" and "Big Momma Thang." Earlier this month, the Queen Bee released her new mixtape, "Hardcore 2K14," so consider this appearance part of her promo tour.

We have to admit, bad makeup aside, this is the best Kim has looked in a while. Her face has really gone through some changes through the years -- see all her different looks above -- but she's starting to look like her old self again.

In a recent interview with All Hip Hop, Kim talked about finding a balance between work and motherhood.

"She keeps me focused. She keeps me in beast mode. So, it's really her and God. I keep my faith and my focus on my child and God. They're what keeps me going," she added. "At the end of the day she is everything. She's the most rewarding part of this whole thing. If every trial and every tribulation that I've gone through in my career had to get me to having, Royal, I would never trade that with another person."

"As a mom, I would most like to teach my daughter the name of the game which is, respect," she continues. "And do unto others as you would want done unto yourself. That's really important. I want her to have a wonderful personality. I want her to be well-mannered. I also want her to go for her dreams, no matter what it is."

What do you think of Kim's candid comments ... and her latest appearance? Sound off below!