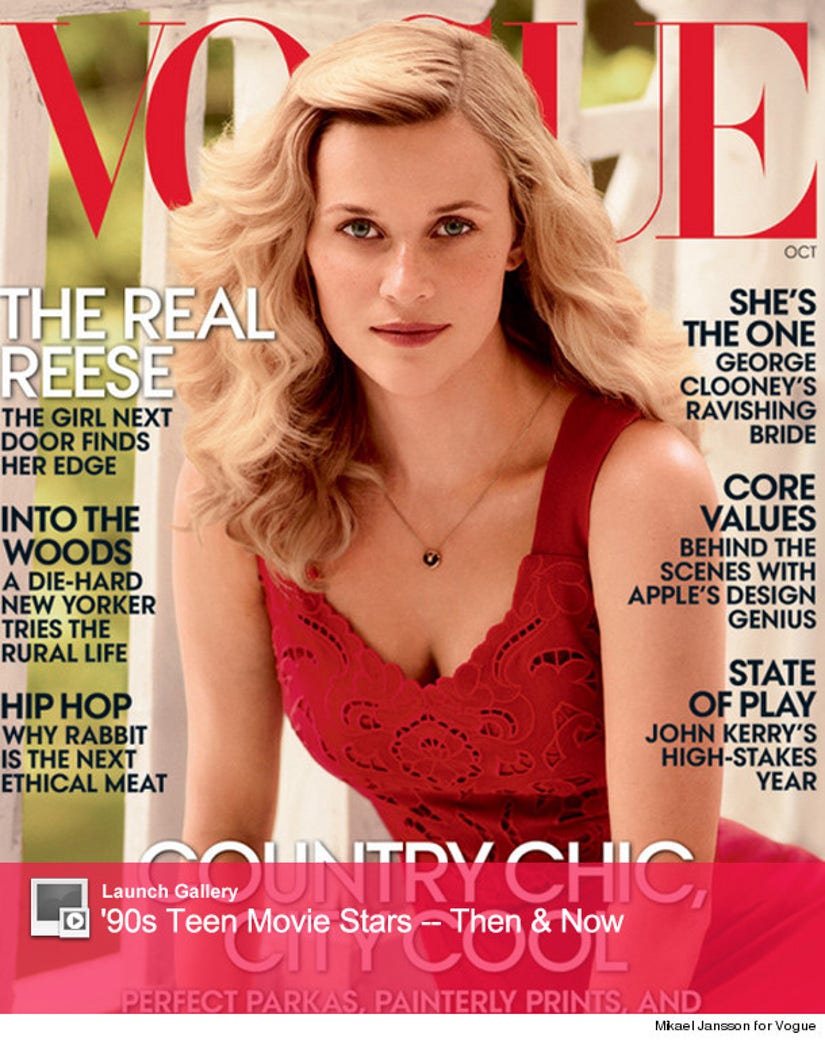 The actress covers the October issue of Vogue, where she opens up about her career, inspiration and a few upcoming sex scenes.

"It's not that the roles dried up," she tells the mag, referencing her brief break from the spotlight. "They just weren't as dynamic or as interesting as anything I felt I could do."

Witherspoon also says that she was turned away from certain parts because of her sweet image.

One director -- who she will not name -- wouldn't even see the actress because he said she was too "Southern and sweet and huge."

That's when Reese decided that she would create the characters and movies she wanted to be a part of.

The New Orleans native -- who has recently produced flicks such as "Wild," "Don't Mess With Texas" and "Gone Girl" -- likes surprising people.

"When people underestimate me, it's actually a comfortable place for me," she says. "'Oh, that's what you think I am; well, no, I'm not.' I'm a complex human being. I have many different shades."

The 38-year-old's latest role in "Wild," based on Cheryl Strayed's memoir which details her 1,100 mile unaccompanied hike across the Pacific Crest Trail after losing her mother, could be her most intense part to-date.

The mother-of-three also says that she was able to draw from her personal experiences for the part of Cheryl.

"Nobody knows what goes on behind closed doors, but I think there's a general sense now that I've lived a pretty textured life," she explained. "So many of the things that Cheryl goes through in the book I've been through, you know? I've been married, I've been divorced."

The "Mud" actress and Ryan Phillippe divorced in 2008 and Reese married Jim Toth in 2011 -- she has two children from her relationship with Phillippe and one with Toth.

We're definitely excited to see what Reese does next -- what do you think about her candid comments? Tell toofab below and click "Launch Gallery" above to see even more '90s hotties then and now!