The comedy stylings of Carrie Underwood and Brad Paisley opened the 48th Annual CMA Awards in Nashville on Wednesday night -- and nothing was off-limits.

Paisley also "accidentally" revealed the gender of Underwood's baby ... so yeah, there was A LOT going on.

Check out the biggest moments from the open above -- do you think they crossed any lines, or was it all in good fun?

Later in the show, Paisley also cracked a joke about one of ABC's other shows ... and the CMA audience itself. "If any of you tuned into ABC tonight expecting to see the new show 'Blackish,' this ain't it," he said. "In the meantime, I hope you're all enjoying 'White-ish.'"

Underwood's routine followed her gorgeous red carpet appearance, where she stunned in a gold gown that showed off a hint of her baby bump and some leg.

Check out all the photos in the gallery below. 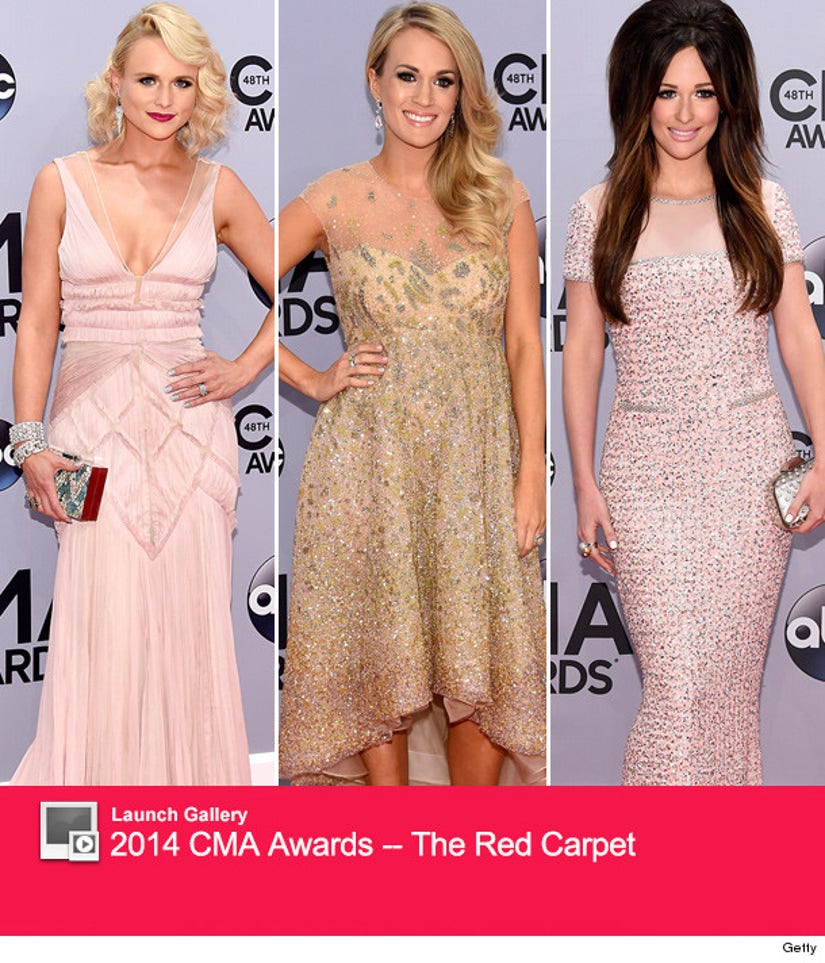