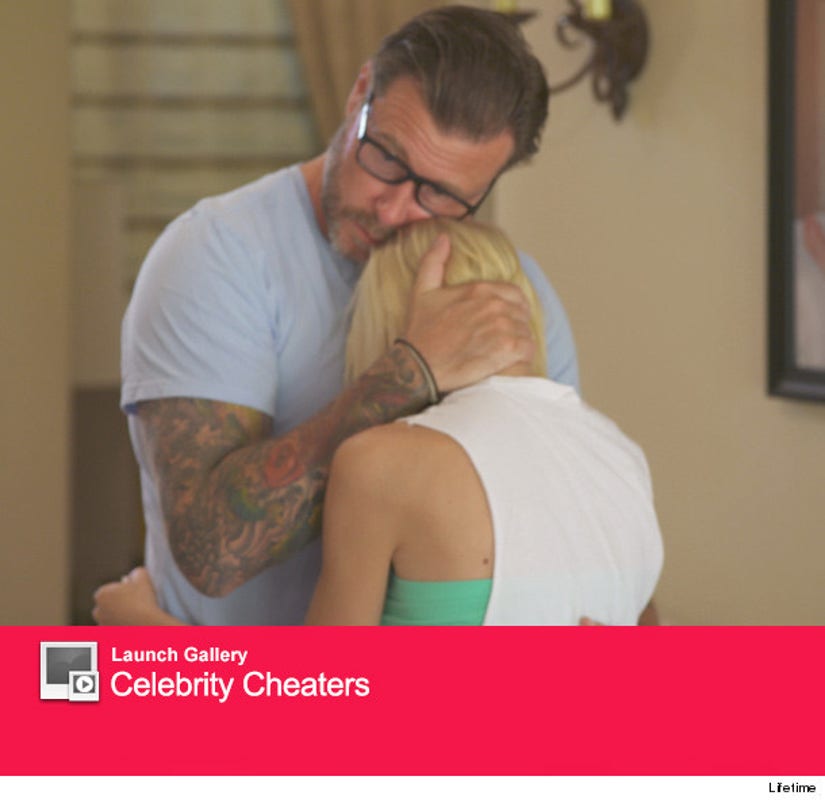 UPDATE: We can confirm that Dean will appear in the final five episodes of the season, to fulfill his commitment for Season Two ... but it's all in the air after that.

The reality series, which focuses on Tori Spelling's marital struggles with husband Dean McDermott, is currently in its second season on Lifetime -- but one of them wants out.

"I'm not going to continue with the show," Dean told Access Hollywood Live this morning. "We have five more shows left... I can't do this anymore. I can't keep opening a vein, opening my soul and sharing my feelings and thoughts and demons with the world."

The show hasn't done much to make McDermott look like a good guy -- focusing heavily on his affair on his wife and the couple's crumbling marriage -- so it doesn't come as much a surprise that he's over it.

It got so bad that the couple recently got into a big fight over a baked potato ... and Tori even met up with her ex-husband, Charlie Shanian.

We reached out to Lifetime for comment, but they weren't immediately available.

Despite not wanting to continue with the series, Dean says he and his wife are in a good place right now and he thinks they will make it in the long run.

"I love this woman, regardless of what I've done. I love her and want to be with her," he says. "I want to grow old with her… at this moment she feels the exact same way."