This post contains major spoilers for Sunday night's new episode of "The Walking Dead," titled "Self Help." You've been warned.

On Sunday night, we finally got to a moment fans of "The Walking Dead" comics have been waiting for ever since Dr. Eugene Porter was introduced last season.

Yep, Eugene isn't actually a scientist. And while many saw the revelation coming, it was still a brutal blow to the survivors, who had all put a lot of faith in the mullet man to find a cure.

Josh McDermitt, who plays the incredibly smart character on the show, sat down with toofab's Brian Particelli for our weekly recap -- where he revealed how hard it was for him to keep the secret and what it means for Eugene going forward.

There are only two things we really need to talk about this week, so we'll dig into those below -- but first, check out Josh's take on the episode in the video above. 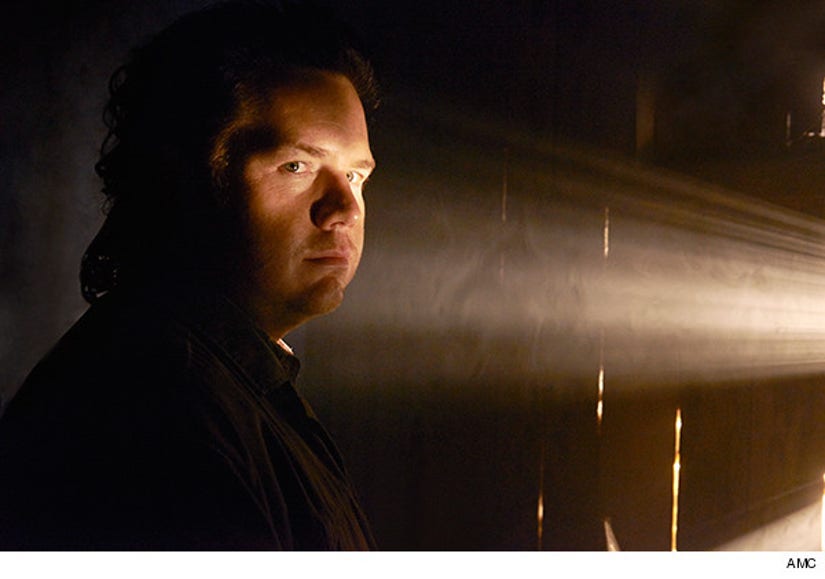 This is clearly the biggest thing of the week -- and the entire episode lead to it.

After leaving the church with Abraham, Rosita, Tara, Glenn and Maggie for D.C., Eugene & Co. have a really bad bus crash that leaves them without transportation. Eugene later tells Tara that he sabotaged the bus himself, filling the fuel lines with broken glass.

"I know I cannot survive on my own, I cannot. If I don't save the world and cure the disease, I have no value," a scared Eugene tells Tara. "If I don't fix things, there's no way you people will keep me around, share resources, protect me."

It was definitely a sign of things to come, but Tara says they can keep this as their little secret.

The group later comes across a giant horde, and when Abraham urges the group to continue past them -- a move that would likely kill them all -- Eugene finally comes clean.

"I lied. I'm not a scientist. I don't know how to stop it," he admits, shocking everyone. "I know I'm smarter than most people, I know I'm a very good liar and I know I needed to get to D.C. because I do believe that locale holds the strongest possibility for survival and I wanted to survive. If I could cheat some people into taking me there, I just reason that I'd be doing them a solid too, considering the perilous state in Houston, the state of everything."

Porter then recognizes the sacrifices made to get him where they are today, naming everyone who died trying to get them to D.C., including Bob.

"I knew the moment I got hired what was gonna happen, so that was definitely a secret I was carrying around," McDermitt tells toofab. "Please don't hate me! Don't like Eugene, that's fine. But don't hate me. I don't need like hate mail and bags of flaming poop on my doorstep or anything like that."

One person who definitely hates Eugene: Abraham, who punched him in the face after the revelation. 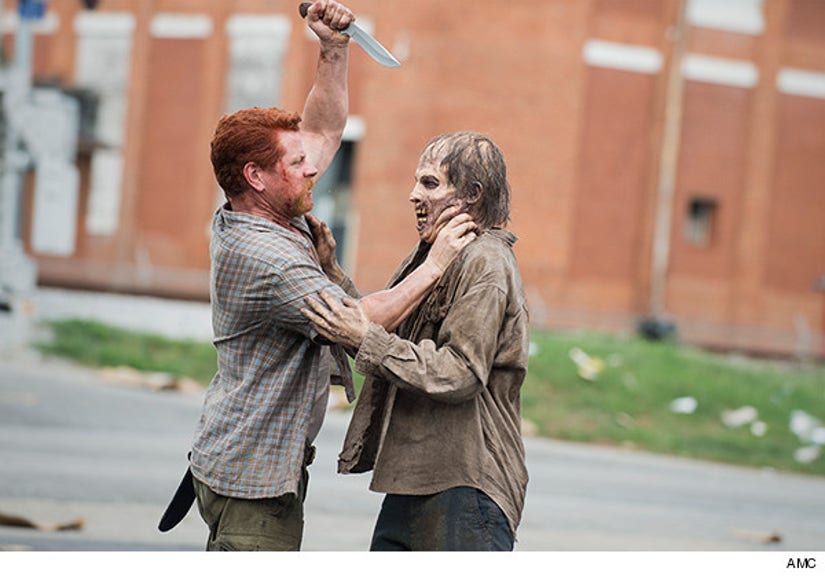 We now know why Abraham has been so gung-ho about getting Eugene to Washington.

Through a series of flashbacks, we see the ruthless redhead killing what appears to be a group of walkers ... though, it's possible he was also protecting his family from other survivors. Either way, his wife and two children (Ellen, BJ and Becca) are terrified of him after they see what he's done and end up running away.

Abraham awakens to a note from Ellen that simply says "Don't try to find us," before venturing outside and seeing their dead bodies. It's a heartbreaking scene, with Michael Cudlitz really selling Abe's torment. With nothing else to live for, we then see him pick up a gun and put it to his head.

Just as he's about to pull the trigger, we hear Eugene yelling "Help me! Please!" as he's being chased by walkers. Abraham responds, quickly dispatching the three zombies on his trail before Eugene tells him "I have a very important mission."

"He knew he could manipulate the situation for protection in that moment and to go that far, to continue to lie to a guy who essentially became his best friend, is not a good thing," McDermitt says of the relationship between Abe and Eugene. "We're gonna see how the fallout kind of resolves itself, it'll be fun."

Will Abe be able to forgive Eugene -- and will he find another reason to keep going? We'll see.

- Eugene is a creeper, watching Abraham and Rosita have sex. "I prefer the female form and I consider this a victimless crime that provides both comfort and distraction," he tells Tara, explaining his actions.

- The mullet, explained. Eugene simply says he rocks a Tennessee Top Hat because he likes it -- adding that the Director of the Human Genome Project said it made him look like "a fun guy." He later admits that part was a lie, but stands by his 'do.

Check out the video below to see how Josh fared in the Mullet Challenge!

What did you think about this week's episode? Sound off below.