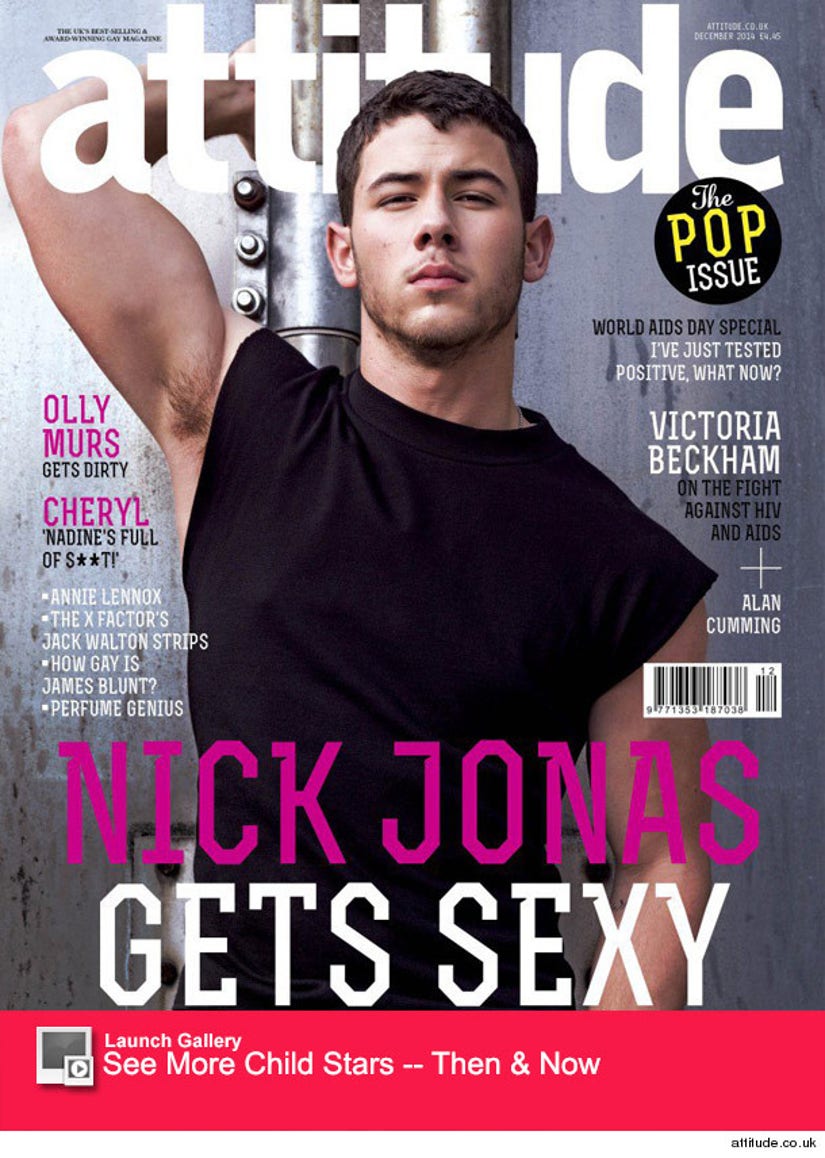 Nick Jonas has left his purity ring in the past!

The sexy singer covers the new issue of the UK's Attitude magazine, where he opens up about his sex life, chest hair and his days as a Jonas Brother.

The 22-year-old -- who infamously rocked purity rings with his brothers Kevin Jonas and Joe Jonas -- has been open about growing up and coming into his own self.

And part of growing up has been shedding that ring!

"Sex is such an important part of a healthy life, in the sense that it's such an intrinsic part of who you are," he told the mag (via E!). "When your sex life is not healthy, you resort to other things as an outlet."

The "Jealous" singer has likewise started to show way more skin, and has appeared in a number of new shirtless photo shoots. While we love seeing pics of Nick sans shirt, he did get some flak for his manly chest.

"I never even really thought about it; that that would be an issue," he told said about his chest hair. "I think that I've never even tried to like wax or shave my chest hair or anywhere else. I just think, 'I'm a man, I don't really need to!' That's the beautiful part about being a man!"

We'd have to agree with the former Disney star!

Jonas also opened up about his days in the pop group, and revealed how he used put too much pressure on himself back then.

"Back in the days with my brothers, I think I put more pressure on myself than I should have. I wasn't enjoying the moments as much as I could've," he revealed. "So this time around, at the core, I've told myself to enjoy the ride and have fun with it, and don't stress over the little things."

We love seeing this mature side of Nick -- what do you think about his candid comments? Sound off below and click "Launch Gallery" above to see even more child stars then and now!