This might be Taylor Swift's best music video yet!

The blonde beauty just dropped the video for her latest single "Blank Space," and it's as destructive as it is beautiful.

Check out the video above to see Taylor go all "Waiting to Exhale" on her man after she catches him texting another girl. Burning clothes, destroying cars and even getting a little stab-happy with a giant butcher knife, this is a whole new side of Swift!

Crazy aside, the 24-year-old looks absolutely stunning in the clip -- directed by Joseph Kahn-- rocking several vintage looks, everything from ball gowns to lingerie. The "Red" singer's cat Olivia Benson makes a cameo in the beginning of the video, too!

The song is from her new album "1989," which contains a few singles about her relationship with Harry Styles. Over the weekend, the One Direction star opened up about what it's like to be the subject of one of her tunes.

"We write from personal experience, and I think everyone does, so it would be hypocritical of us to be like, 'Oh you can't write about us,' And she's really good, so they're good songs," he said during a Google hangout. "So I'm really lucky in that sense."

What do you think about the pop star's "Blank Space" video? Sound off below and check out the gallery to see all of Taylor's best TwitPics! 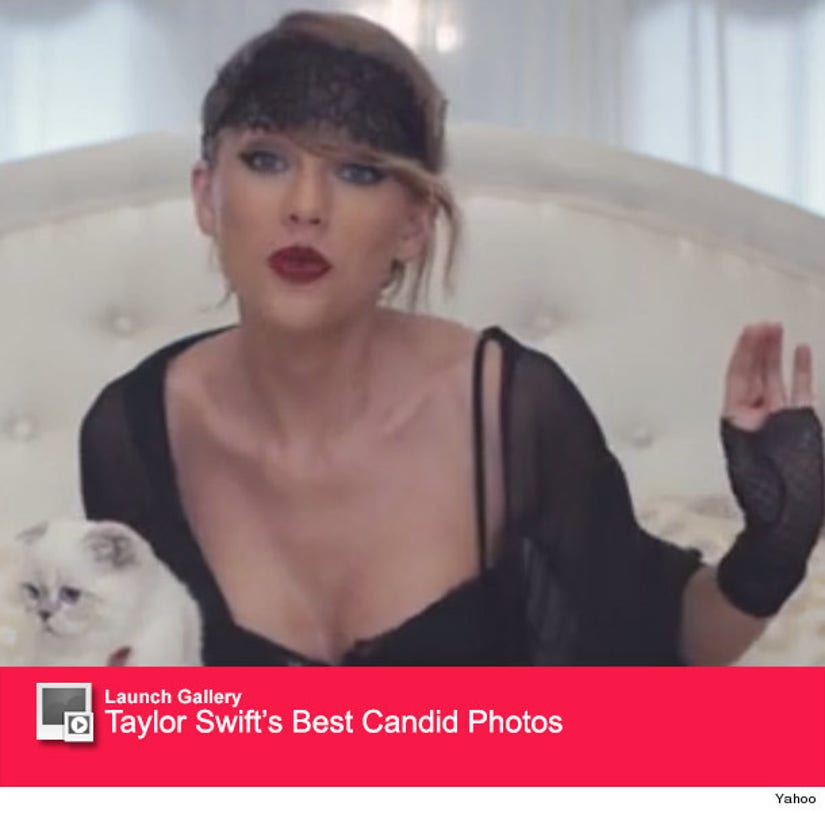