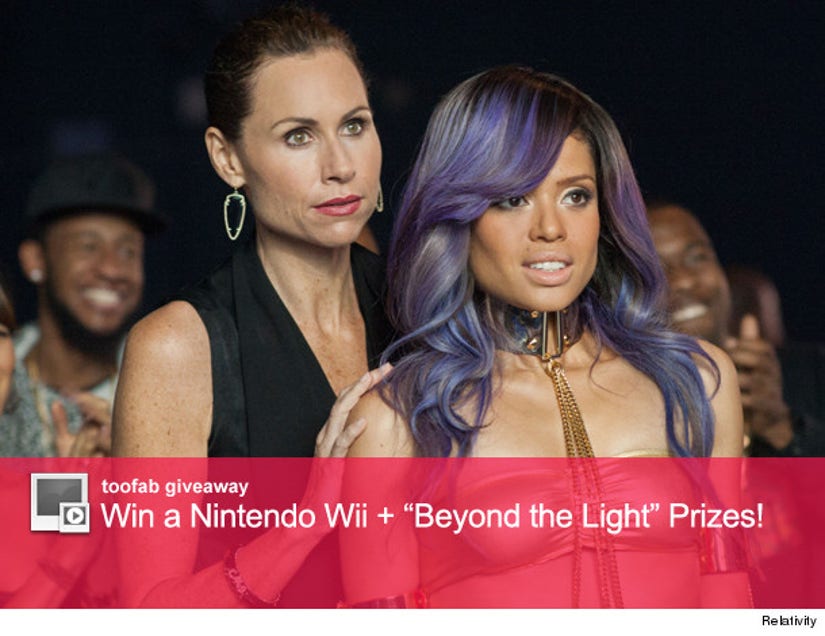 We have a giveaway that will make you sing!

toofab has teamed up with Relativity Studios this week to offer one lucky winner a prize pack based on the upcoming flick, "Beyond the Lights" -- starring Gugu Mbatha-Raw, Nate Parker and Minnie Driver.

The movie, which opens in theaters on November 14, is the story of Noni, the music world's latest superstar, who falls in love with a young cop who's been assigned to her detail.

Relativity is offering up a Nintendo Wii Console (valued at $399), as well as both a Dance and Karaoke video game.

To sweeten the deal, they are throwing in a poster for the film and some branded "Beyond the Lights" goodies, including a hoodie, lip gloss and a makeup bag.