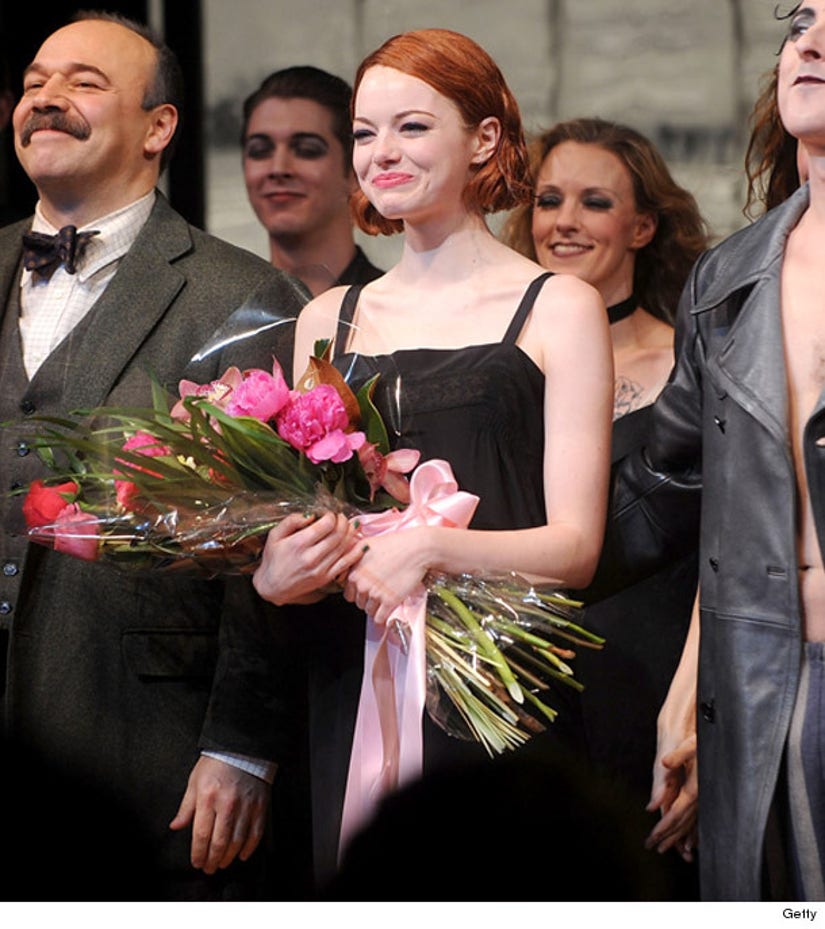 Emma Stone is getting rave reviews as Sally Bowles in the hit revival of "Cabaret."

The “Amazing-Spider Man” actress took over the role from Michelle Williams despite having no stage experience, but is living up to everyone's expectations.

Emma, who understandably had some first-night jitters, reportedly killed her performance according to audience members and her co-stars.

The star received a standing ovation and a boutique of flowers, leaving her teary eyed during the musicals curtain call.

"When it comes to her big numbers she delivers. 'Maybe This Time' locates the vulnerability inside the camp, and Stone gives a bravura performance of the title song, at once defiant, pathetic and heroic," The Guardian wrote of Emma's performance. “Despite her inexperience on stage, Stone has done as much as anyone in the cast to make the audience experience that transition, in a performance that was anything but cabaret.”

The actress looked stunning for the performance, with her red locks styled in the character's signature bob.

"Honestly, I'm having the time of my life," she told HitFix of the role. "It's the hardest thing I've ever done, but it's the most fun I've ever had."

Emma stars alongside Alan Cummings in Cabaret which runs until Feburary 1st. Will you be seeing Emma take Broadway?! Tell toofab in the comments section below!