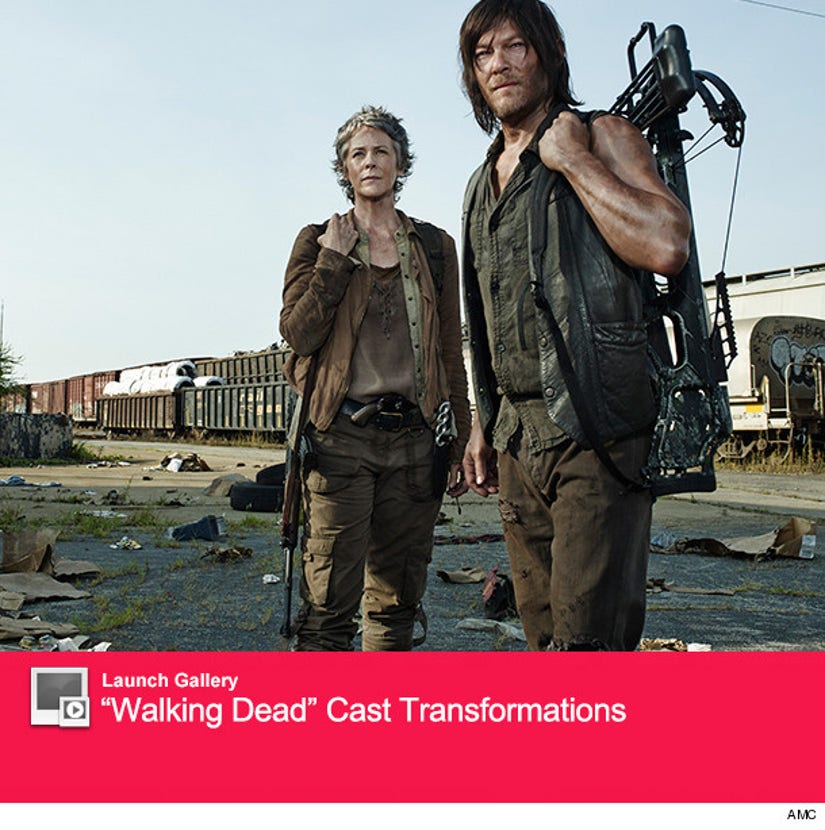 Carol and Daryl are two of the very best things about "The Walking Dead" -- so when we saw this week's episode was going to focus on them, we knew we were in for an amazing hour of television.

"Consumed" did't disappoint, weaving us through Ms. Peletier's past, present and even teasing her future during an episode that was equal parts thrilling and emotional. Major kudos to both Melissa McBride and Norman Reedus for this one.

The episode opens with a flashback to one of the most heartbreaking moments in the series, with Carol driving away from Rick after he told her she couldn't return to the prison. She's alone, crying, and ends up living on her own in a small apartment. It seems like she's made a bleak life for herself, until she sees smoke in the distance. She knows its the prison (which was under attack from the Governor at the same) and it kickstarts her back into action. 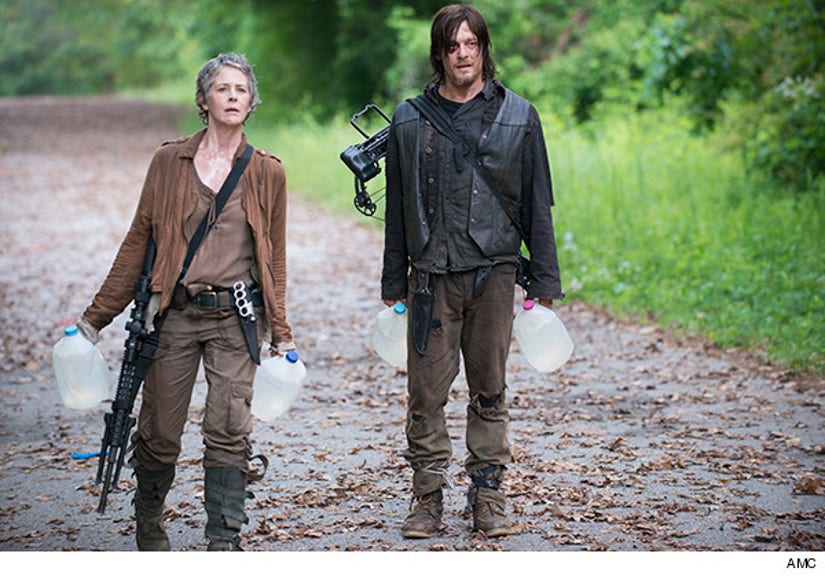 Cut to now. Daryl and Carol are on the trail of a car similar to the one that made off with Beth. This is where we first see the big difference between our two favorite survivors. Carol wants to take out the car and torture the driver into telling them where Beth is ... Daryl just wants to follow them. This is something we'll come back to later.

After their vehicle breaks down, Carol has just the place for them to hideout overnight: A temporary housing building for victims of abuse. Ms. Peletier reveals she and Sophia stayed there for a night before the undead started walking, after a particularly brutal attack from her ex Ed.

It's this revelation that proves just how much of a survivor Carol really is -- and shows how far she's come from the Carol we knew back in Season 1.

The question now: Is she too far gone? 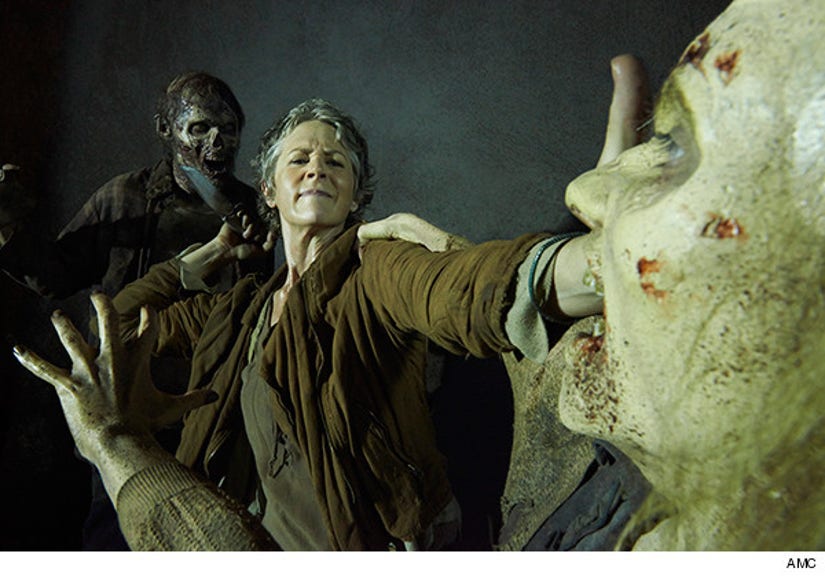 This really comes into play when the twosome happen across Noah, the kid Beth helped escape from the hospital last week. He holds them up, takes Daryl's crossbow and lets a bunch of zombies loose on them. Carol pulls out a gun to shoot him, but Daryl intervenes.

"Did you think I was gonna kill him? I was aiming for this leg," Carol exclaims. "Could that have killed him? I don't know, he was settling our damn weapons. With no weapons we could die, Beth could die."

Do you believe she was only trying to take out his leg? It's a tough call. We've seen Carol do some pretty questionable things in the name of survival.

"I don't want you to die, I don't want Beth to die, I don't want anyone at the church to die. I can't stand around and watch it happen either, I can't," she then says. "That's why I left, I had to be somewhere else. You're not who you were and neither am I. I don't know if I believe in God anymore or heaven, but if I'm going to hell, I'm making damn sure I'm holding it off as long as I can."

There's only so much loss a person can take and, after Sophia, Mika and Lizzie, Carol's just about had her fill. 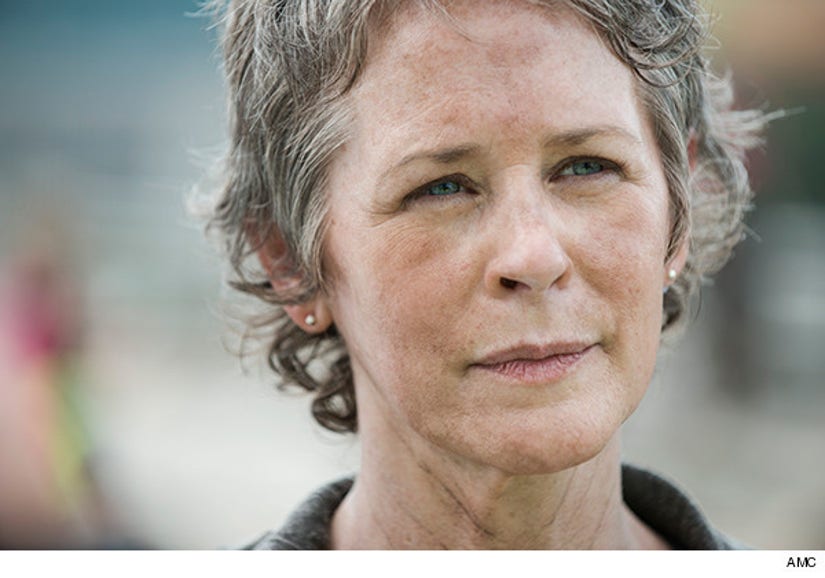 Later, Daryl asks her what she meant about him being different. "It's like you were a kid. Now you're a man," she says.

"Me and Sofia stayed at that shelter for a day and a half, before I went running back to Ed, at home I got beat up, life went on and I just kept praying for something to happen, but I didn't do anything. Not a damn thing," Carol says, describing how she's changed. "At the prison I got to be who I always that I should be, what I should have been ... and then she got burned away. Everything now, just consumes you."

Before they have a moment to talk about more about their transformations, Noah pops back up, lets them know what Beth is alive and tells them they need to hide from his former captors.

As Carol runs out of the building they're in, she gets hit by a car ... with Daryl and Noah watching from a secure location. Daryl wants to save his friend, but Noah warns him against it.

"They can help her. If we go out there, we have to kill them, and then she won't get help. We can get Beth back. They got guns, people," Noah says. "So do we," Daryl replied menacingly.

The two jump in a truck and head back to the church, meaning Noah is the one in the darkness with Daryl when Michonne saw him a couple weeks back.

After a few episodes leaving us with questions about the whereabouts of all our favorite survivors, we now know where everyone is. Beth and Carol are in the hospital and Daryl and Noah are back at the church with everyone else. It's still unclear where Maggie, Glenn, Abraham, Eugene and Rosita will end up now that they aren't heading for D.C. -- but we have a feeling they'll likely head back to the church as well, right?

A siege on the hospital is clearly coming -- but what will happen when the two groups of survivors finally meet? We can't wait to find out!

What do you think about "Consumed"? Sound off below!