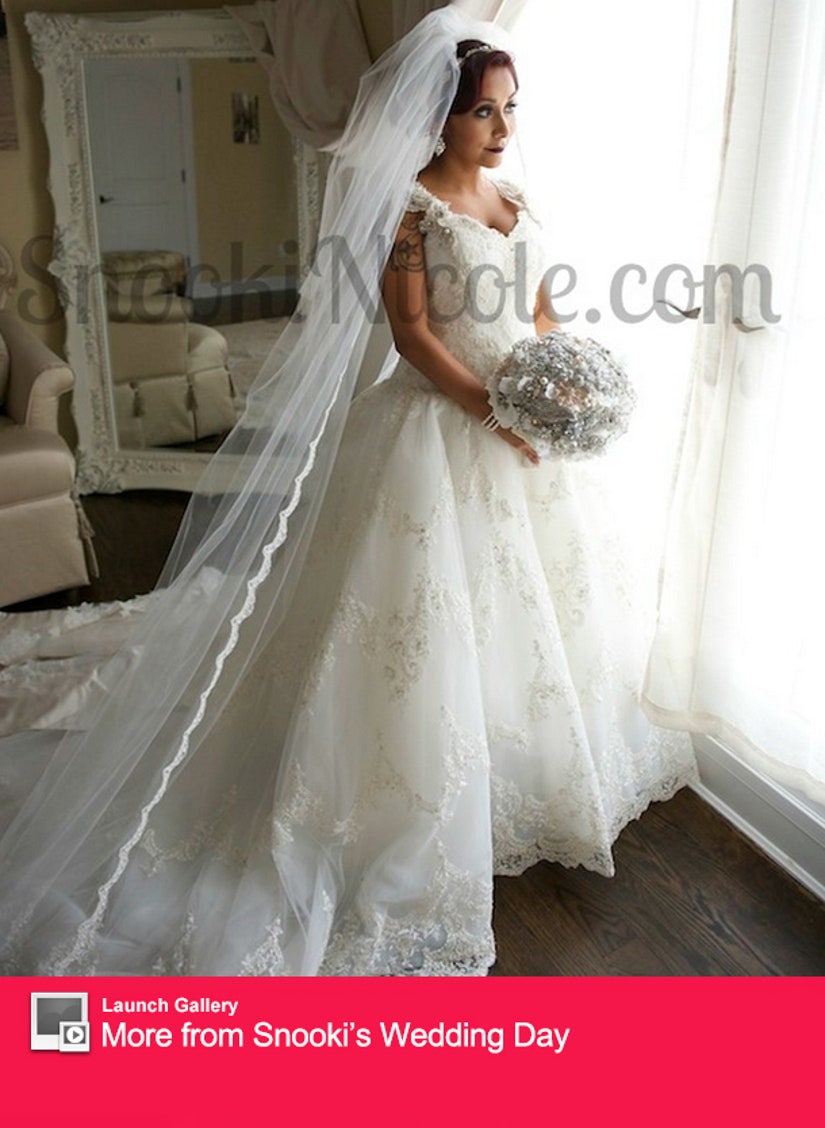 It's official -- Snooki is a married woman!

Nicole "Snooki" Polizzi and her longtime love Jionni LaValle tied the knot today in a "Great Gatsby"-themed wedding in where else ... New Jersey.

Snooks wore an off-white lace gown for the ceremony at the Venetian in Garfield, NJ, sharing the photo above on her official website. We gotta say, she looks GORGEOUS.

According to Us Weekly, the bridesmaids wore black gowns with bows on them.

The couple exchanged vows in front of family and friends including Snooki's "Jersey Shore" cast mates, Jenni "JWoww" Farley, Sammy "Sweetheart" Giancola and Deena Cortese, who all served as bridesmaids. 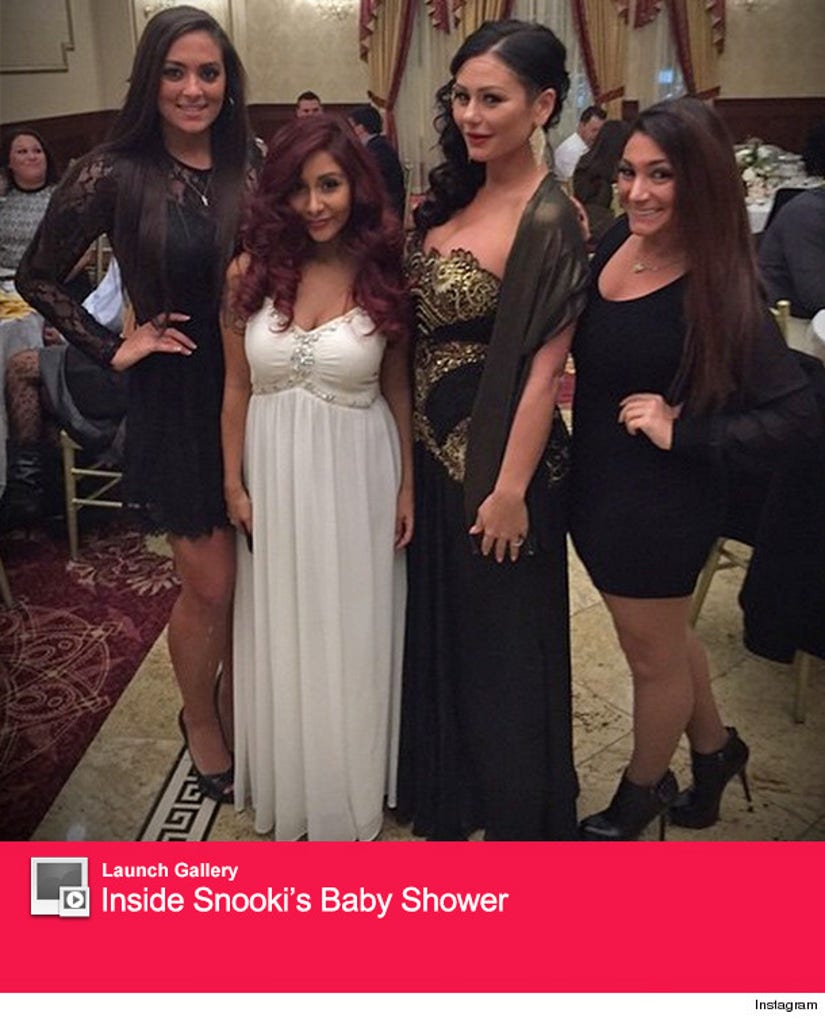 Last weekend, there was a mini-"Jersey Shore" reunion at Snooki's '20s-themed rehearsal dinner.

The bride-to-be looked gorgeous in a long, flowy white gown, while the other ladies all wore black for the fancy soiree.

The pint-sized reality star also shared a pic of her with son Lorenzo and baby girl Giovanna at the swanky affair -- aren't they adorable?! 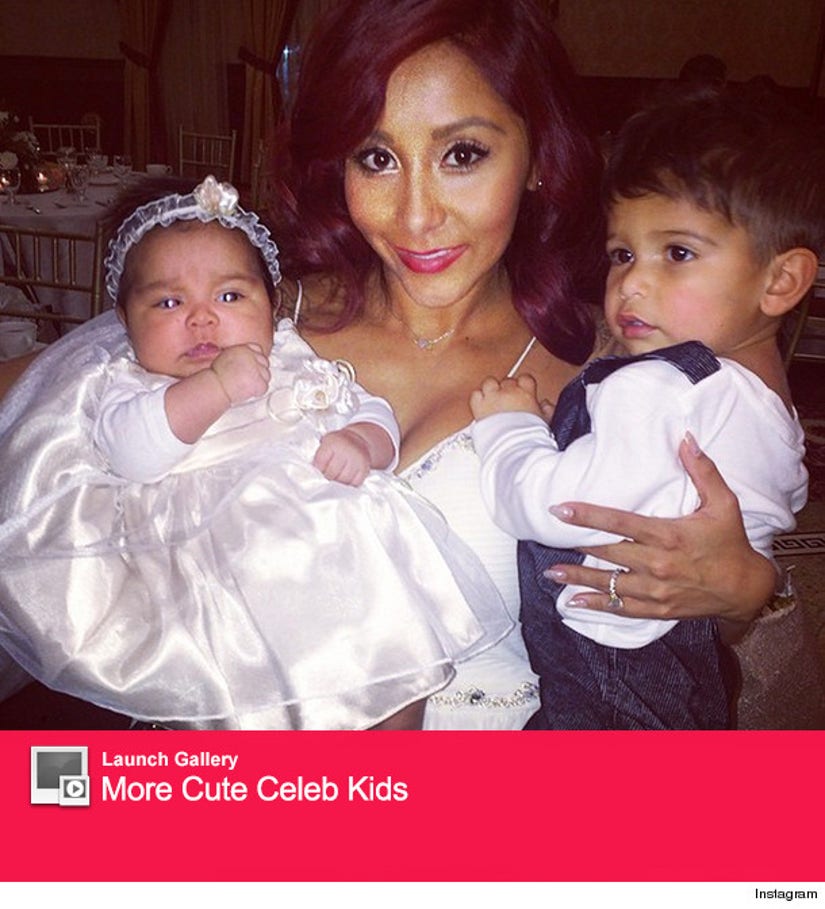 According to her trainer Anthony Michael, the 26-year-old beauty was on a mission to shed weight before saying "I do."

"It's not even been seven weeks since she gave birth and she's already down to 99 pounds," he told E! News. But, don't worry, it's a "perfectly healthy" weight for the 4'8" star.

According to Michael, Snooki decreased her carbs and "reduced calorie intake" overall, in addition to hitting the gym.

"It's about spiking the heart rate," Michael explained. "We're also doing plyometrics, cardio, etc. Right now it's all really geared for weight loss, then she wants to focus on lean muscle mass once she's married."