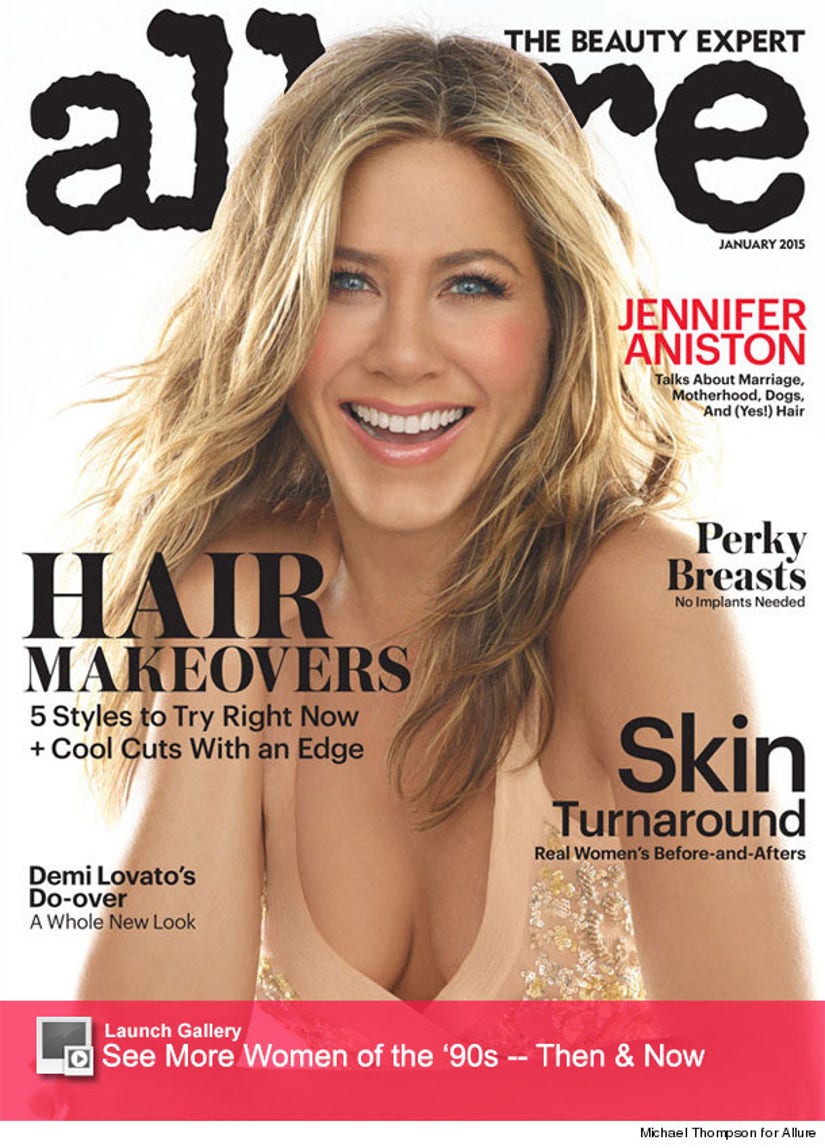 Jennifer Aniston is setting the record straight about those motherhood rumors.

The "Cake" star graces the cover of the January issue of Allure, where she opens up about the on-going pressure she feels to have children.

"I don't like [the pressure] that people put on me, on women—that you've failed yourself as a female because you haven't procreated. I don't think it's fair. You may not have a child come out of your vagina, but that doesn't mean you aren't mothering—dogs, friends, friends' children," she tells the mag.

The "Friends" alum also slams the idea that not having kids somehow means she's being "selfish."

"This continually is said about me: that I was so career-driven and focused on myself that I don't want to be a mother, and how selfish that is," she explains. "Even saying it gets me a little tight in my throat."

Aniston is also sick of hearing what people have to say about her film career. In "Cake," her character is in chronic pain after being in a car crash. While filming, she stopped wearing makeup, shaving, and looking in mirrors; she also had a large prosthetic scar on her face.

"So much of the exercise was just letting yourself fall apart," she recalls. "A woman going physically unattractive is where you get recognition and some sort of respect. You read things like, 'Oh, finally, she's acting!'" The actress calls such criticism "quite sexist, to be honest, because men don't get that."

"We have so much fun together...It was nice to learn how to sort of relinquish control and let someone really care deeply for you. It's quite wonderful," she adds.

What do you think of Jennifer's candid comments? Sound off below!