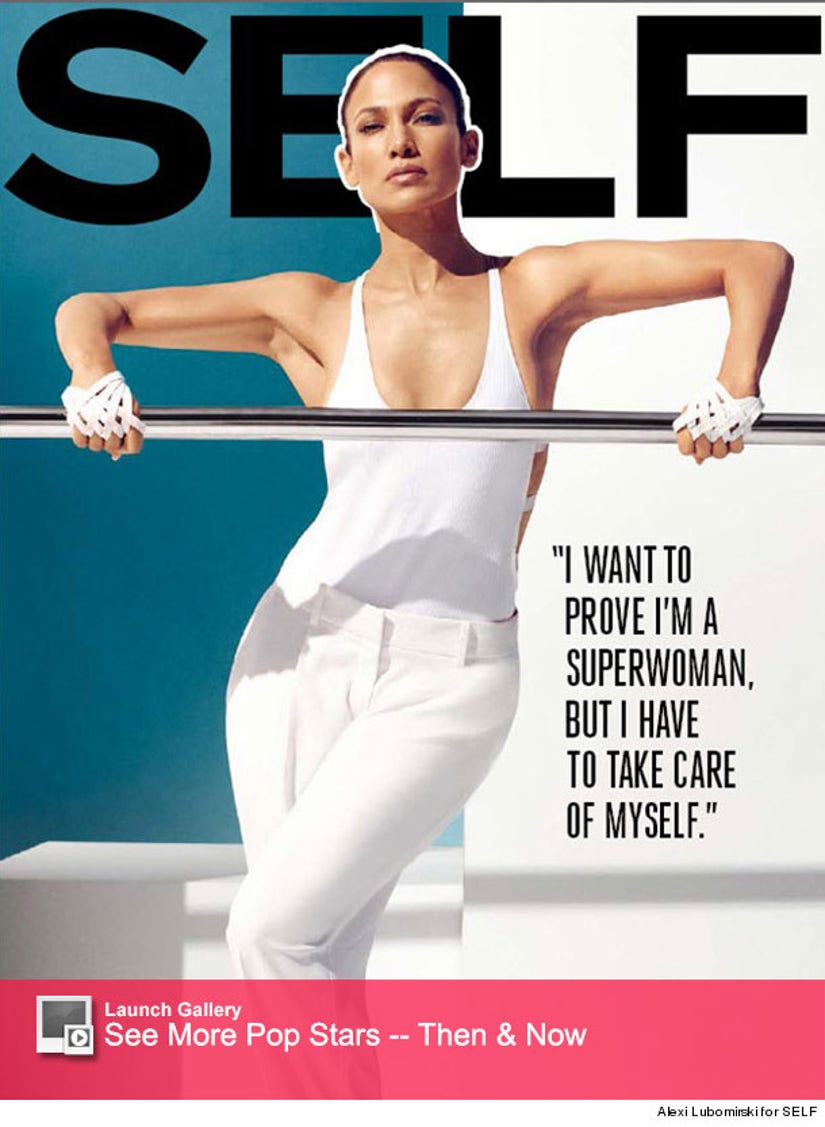 The "American Idol" judge covers the January issue of Self magazine, where she opens up about coming to terms with her addiction to love and talks about her former cougar status.

Lopez -- who has been married three times -- says she copes with pain by being there for someone else.

"When you have that much pain, you have to anesthetize yourself in some ways. People do different things," she tells the mag. "Some go out and party and sleep around, but that's just not my way. I found the comfort in someone else. That's called being a love addict."

While the "Maid in Manhattan" star made a ton of headlines during her relationship with her 27-year-old beau, Lopez doesn't understand why it's still considered a big deal when women date younger guys.

"All the old clichés about women need to be undone, enough already. We're in the other position now. We are desirable older, we can date younger guys and it's not this big taboo. Men have been doing this for years, and it's no big deal," she confesses.

Today, the 45-year-old says she's finally learned to love herself and she's ready to take the world by storm.

"I want to prove to everyone that I can do everything and be a superwoman," she admits. "But I have to take time for myself."

We love seeing this confident side of J Lo -- what do you think about the singer's candid comments? Tell toofab below and click "Launch Gallery" above to see more pop stars then and now!