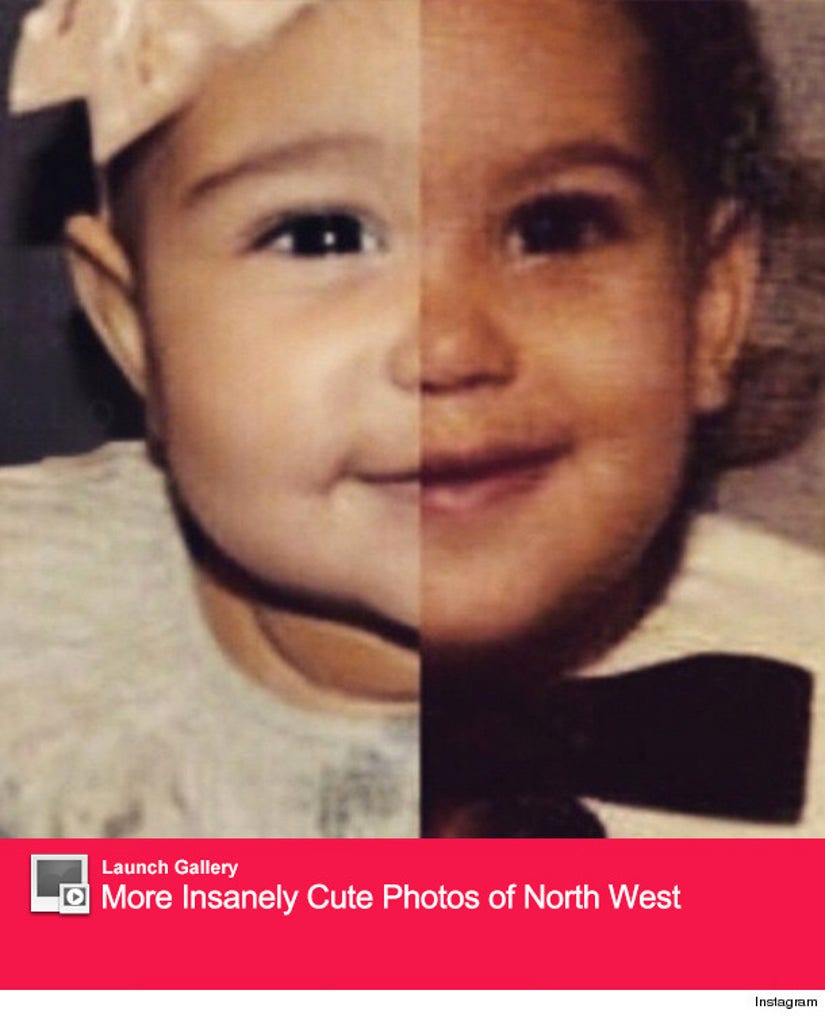 Kim Kardashian posted a fan-made photo of her daughter North West's face (left) split with her own as a little girl (right) -- and the similarities are uncanny. It's clear Nori is going to take after her famous mama a lot more than daddy Kanye West.

"I'm not sure who made this but I love these side by side pics. This is me on the right as a baby and North on the left," she captioned the pic.

The crazy comparison comes after Kanye released a new single with Paul McCartney about his little girl titled "Only One."

Everyone asks me what my favorite Kanye song is. It's Only One. Kanye felt like his mom was singing thru him to our daughter," Kim said of the tune after its New Year's Eve release. "This song makes me cry every time I hear it."

"I think the storm ran out of rain, the clouds are moving. I know you're happy, cause I can see it," Kanye sings in the song. "I talked to God about you, he said he sent you an angel and look at all that he gave you. You asked for one and you got two."

And there are his two "angels" above! Check out the gallery for more pics of the couple's adorable girl.