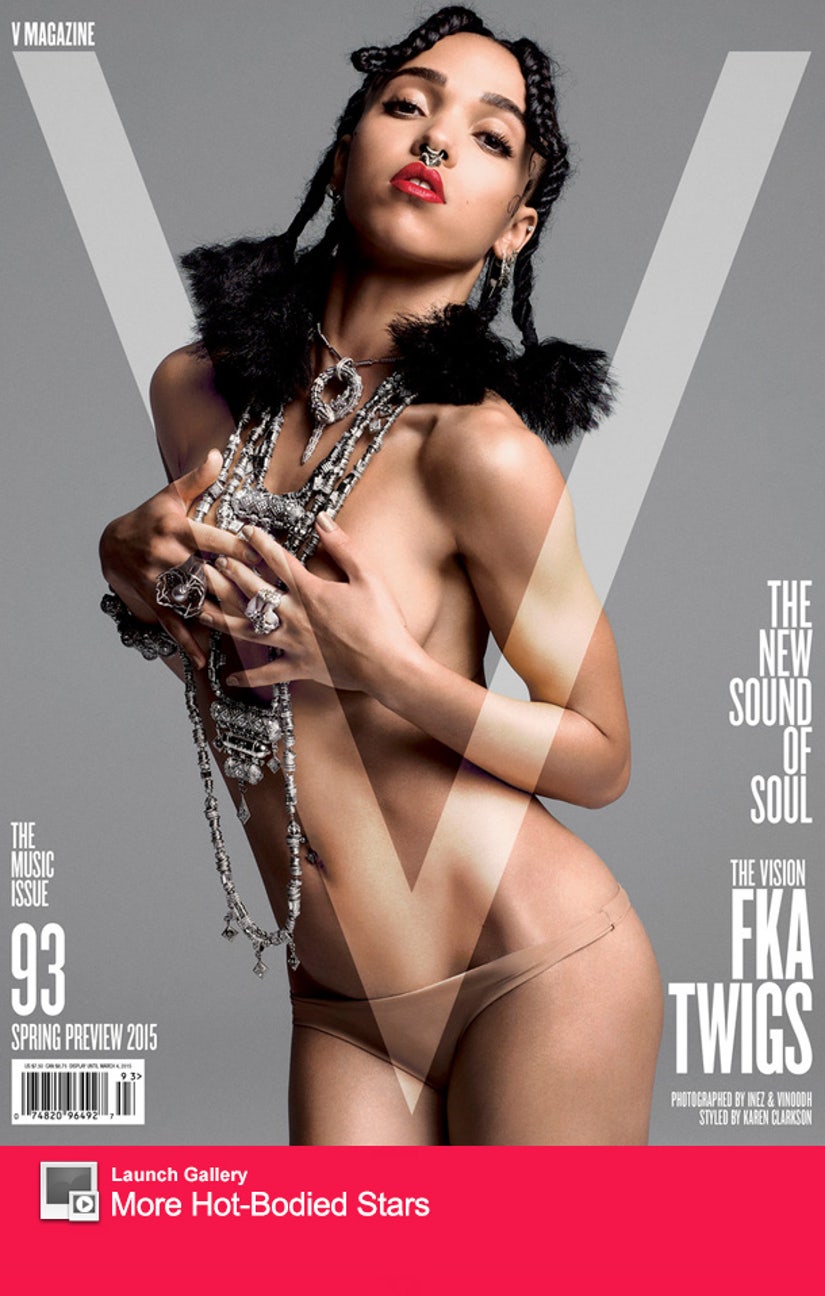 Robert Pattinson's girlfriend FKA twigs sure is giving us an eyeful!

The singer stripped down for the cover of V Magazine's Music Issue, where she left little to the imagination by posing with nothing but her signature braids, nude bottoms and several strategically placed necklaces.

Hopefully she was a little more ... er ... covered up when she met R-Patz's parents over the holidays!

The "Twilight" star reportedly introduced his 26-year-old girlfriend to his family while the couple were in London together.

According to E!, the Rob's folks "absolutely loved" Twigs. "It went so well. Rob's family has always been supportive of him and they thought they were great together."

Sounds like everyone approves of the cute couple ... guess that means we should give up on our hopes of an R-Patz/K-Stew reunion!

What do you think of FKA Twigs' racy cover? Sound off in the comments section below.

And be sure to grab the V Magazine Music Issue when it hits newsstand January 16.