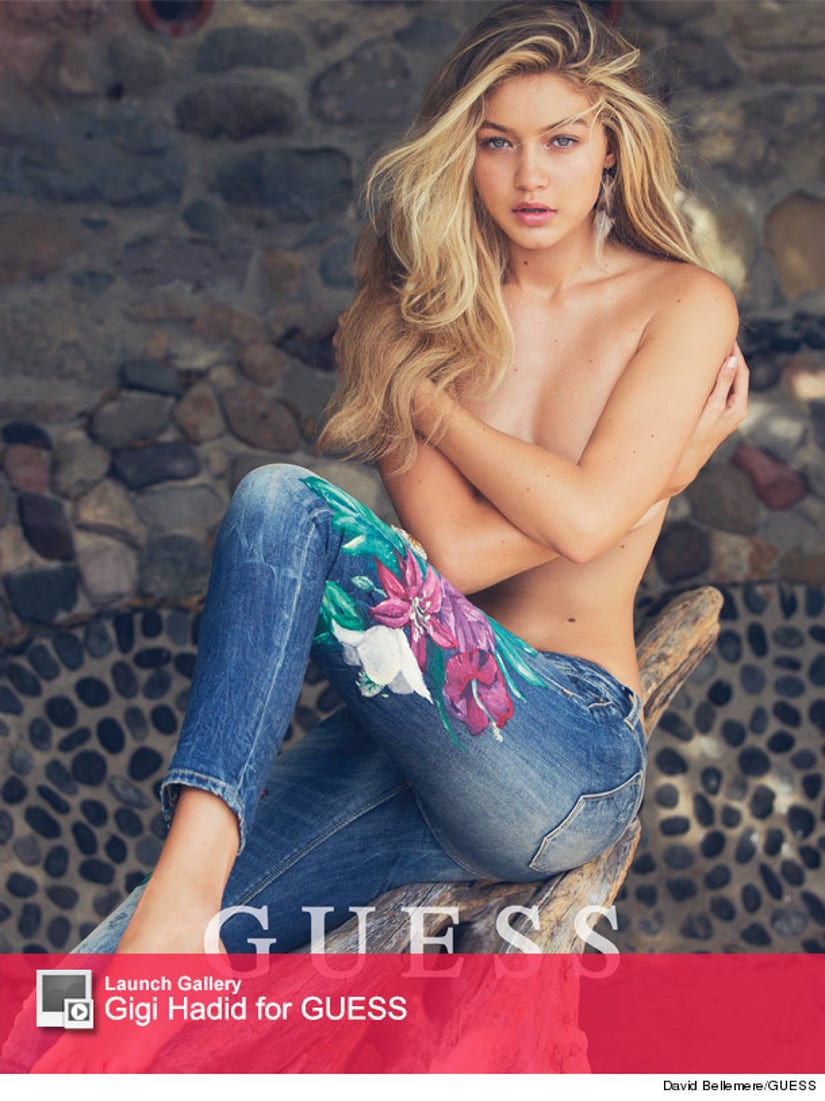 Gigi Hadid is baring it all ... again!

The 19-year-old model is steaming it up in Guess' 2015 Spring campaign, where she poses topless in only a pair of jeans with a large floral print on the leg.

The other pics show the blonde bombshell wearing sheer skirts, a denim jacket with absolutely nothing at all underneath and even a totally sheer knit top..

The daughter of "Real Housewives of Beverly Hills" star Yolanda Foster was discovered by Guess co-founder Paul Marciano at just four years old, and she was named the face of the brand in 2012. 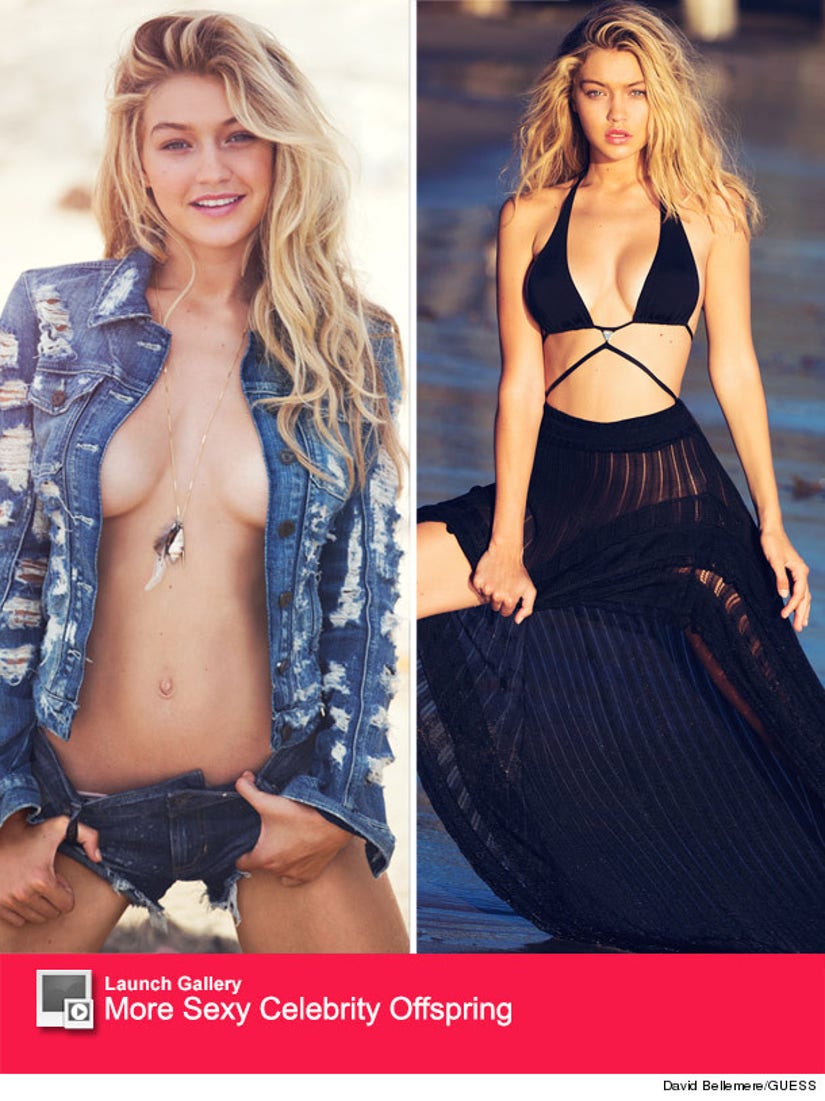 "Going on 15 years as a Guess Girl, this may be my favorite campaign yet," Gigi said in a statement. "The collection is so effortless to wear, and fits perfectly in any summer environment. I couldn't think of a better place to shoot the campaign then where we did - on the beaches of my hometown in Malibu! So fitting."

Hadid is no stranger to posing in next-to-nothing!

For her breakout appearance in the SI swimsuit issue, the teenage beauty wore only skimpy bikini bottoms, and she also stripped down to her birthday suit for Tom Ford and VMan magazine.

It seems like Gigi has no problem taking it all off -- and we can see why!

Check out all of her Guess campaign photos in the gallery above.