There's a new serial killer on the block.

Shows like "True Detective," "The Following" and "Hannibal" have us all interested in blood-soaked entertainment again -- and now, MTV's joining in the freaky fun.

Victoria Justice headlines the network's new scripted drama, "Eye Candy," as Lindy, a hacker who dives into the online dating pool to track down a psychopath.

Check out the trailer above -- and keep reading for 5 things you need to know before the premiere. 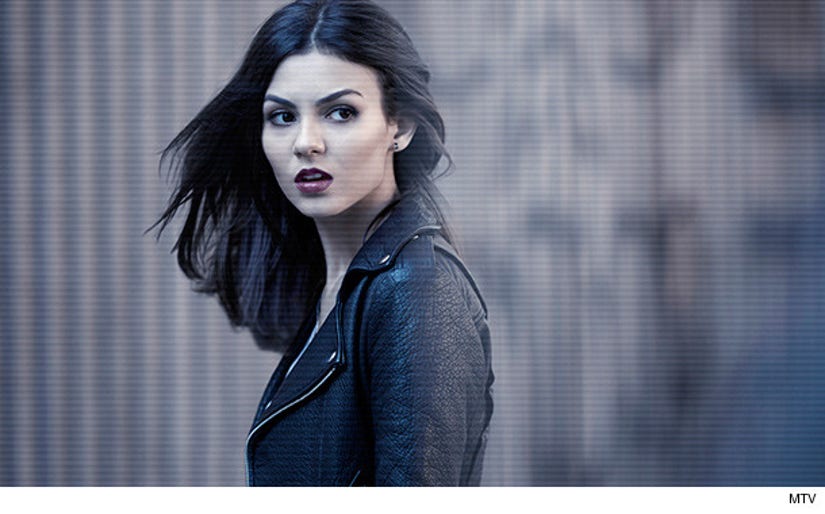 1.) Victoria Justice Is All Grown Up

Many stars know the actress from Nickelodeon shows like "Zoey 101" and "Victorious," but now 21 in real life, she's ready to take on something a little edgier.

There's no high school drama in this show, as Justice plays a hacker who has her own apartment, goes to bars and even gets down and dirty with at least one of her hot costars.

We've all had some bad dates thanks to dating apps like Tinder -- but "Eye Candy" takes it to the extreme.

Instead of horrible morning after tales, some of the singles on this show end up dead after unknowingly going out with a serial killer ... one who uses an app called Flirtual to meet his victims.

And with this psycho hitting up both men and women in the premiere, everyone's a target.

We grew up on series like "Goosebumps" and "Fear Street" -- and this show is based on another book from the same author, R.L. Stine.

And while those original series brought us the occasional chill, "Eye Candy" is definitely a more adult take on his usually freaky fare.

The premiere alone features quite a few kills ... and the teaser above even mentions someone's face being melted off. Yeah, this isn't "Night of the Living Dummy."

With a "Goosebumps" movie due out this year too, Stine is back! 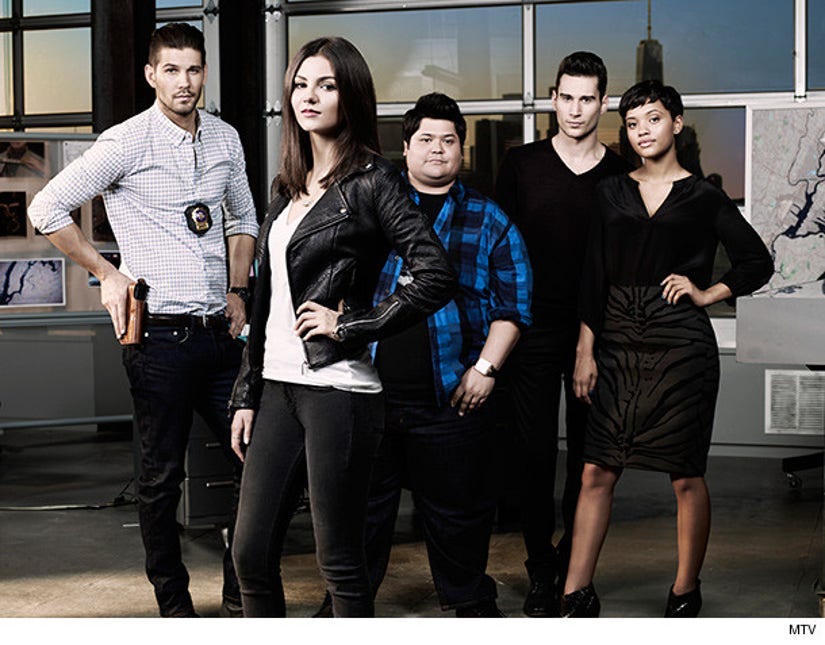 The show lives up to its name.

While the title references the profile name Justice's character uses on Flirtual, the series is also packed full of lookers.

The aforementioned love scene gives us some major shirtless action from one of the show's hottest actors ... and with Lindy going on an endless stream of dates to track down the killer, there are a lot of guys to keep an eye on.

And for the boys out there, look no further than Justice herself -- she pulls of the sexy Nancy Drew vibe perfectly -- and her BFF Sophia, played by Kiersey Clemons.

Get your serial killer fix when "Eye Candy" debuts Monday, January 12 on MTV at 10pm -- and check out the trailer above!