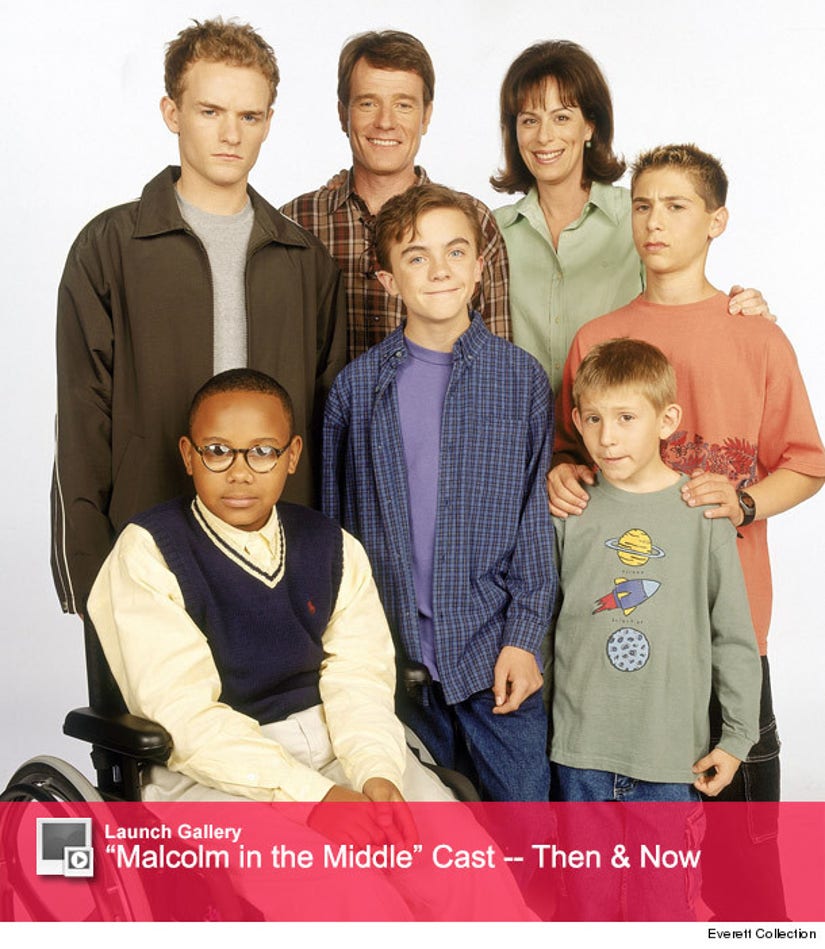 With a smarty pants, a military teen, a bully and the one and only Dewey running around the house, parents Lois (Jane Kaczmarek) and Hal (Bryan Cranston), definitely had their hands full!

So, what have these stars been up to in the last 15 years?

Muniz continued to act after the show's cancelation in 2006, appearing in the Syfy film "Blast Vegas" and an episode of "Don't Trust the B In Apartment 23." He has two films slated for this year: "Hot Bath an' a Stiff Drink 2" with Robert Patrick and "Road to Capri" with Virginia Madsen and Alfred Molina.

He also had a band, did some race car driving and had a mini stroke. Yikes!

Justin Berfield (Reese) has taken his talents behind the camera. He's the Chief Creative Officer for a company called Virgin Produced — the film, TV, and entertainment branch of Richard Branson's Virgin Group — in 2010. Its credits include "That Awkward Moment" and "Limitless."

Chris Masterson (Francis) appeared on "White Collar" and two episodes of "Haven" in 2014 -- and also spins as DJ Chris Kennedy these days.

Kaczmarek (Mom Lois) has acted consistently since the show ended, playing Judge Trudy Kessler on TNT's "Raising the Bar" and guest-starring on "The Comeback" and "The Middle."

Cranston (Dad Hal) had the best post-"Malcolm" career, playing meth-cooking chemistry teacher Walter White on the award-winning AMC series, "Breaking Bad," from 2008-2013. He's set to appear in several films in 2015, including "Get a Job" and "Trumbo."

We were able to track down everyone in the cast except Erik Per Sullivan, who played Dewey.

His last acting credit was from 2010 -- a movie called "Twelve" that starred Chace Crawford. He also attended the University of Southern California, but there is no trace of him on social media. If you can find him, let us know!

Click "Launch Gallery" above to see what these stars -- and a few other familiar faces from the show -- look like now.