Vince Vaughn and Owen Wilson, who? There are some new "Wedding Crashers" on the scene!

Maroon 5 surprised real brides and grooms by showing up unannounced to a group of real-life wedding receptions in their new music video for "Sugar."

The video was directed by David Dobkin, the man who was actually behind the 2005 hit comedy referenced a bove.

The band's goal was to hit as many wedding bashes as possible in one day, going unnoticed until a huge curtain was pulled down to reveal them on stage.

The couples' reactions move from screaming to pointing to shouting to (finally!) dancing as the rockers perform their catchy new track! 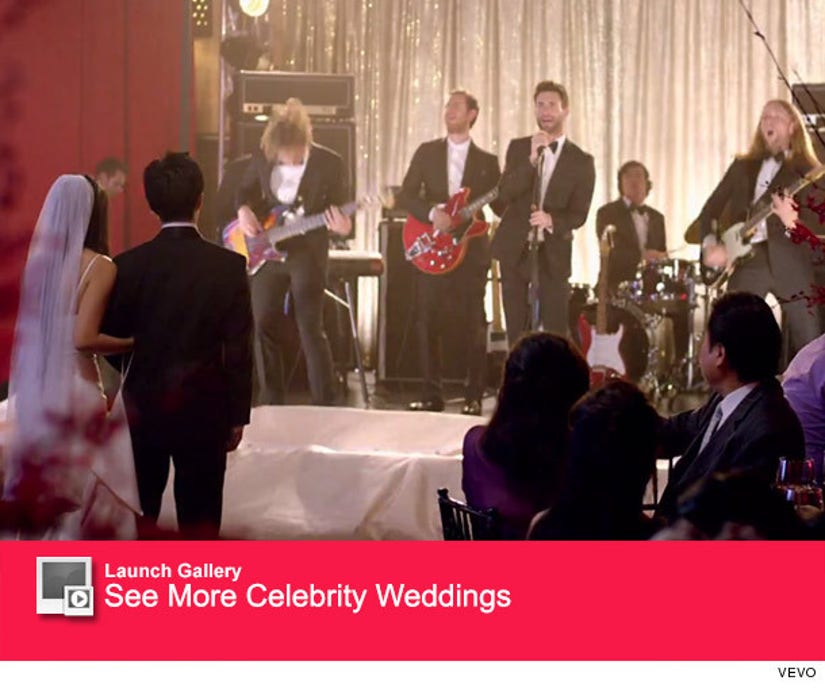 "It was an out of body experience. I had no idea I would be affected by the overwhelming reactions we received from the couples and guests," Levine said of the video shoot. "Being able to create an unforgettable experience for several people was the highlight of it all."

Check out the clip above to see all of the shocked reactions -- they're priceless.

Who wouldn't want Adam to crash their wedding? Well, maybe, the grooms!