Dax Shepard sounds a little traumatized by the birth of his second daughter, Delta Bell Shepard.

The comedian stops by Thursday's "The Ellen DeGeneres Show," where he hilariously explains wife Kristen Bell's 33-hour labor and unplanned C-section with Ellen.

Check out the video above to hear why Dax wishes he had drugs!

"This was intense. And she got an epidural at hour 14, as you should, and I think dad's need something. I deserve something because I was along for the ride. It's still a car crash and I'm in the passenger seat," he hilariously explains to DeGeneres in the sneak peek.

The "Veronica Mars" star had to undergo a C-section, which was not part of her original birth plan ... and Dax mistakenly watched the entire process.

"And then at the last minute, which was heart breaking, when she then needed to have a C-section, which happens. Its' alright. I have a healthy baby so everything's great," explains.

"That said you might not want to watch the baby come out. Maybe not the greatest idea. But what they didn't warn me about was the C-section, which was way worse," he continues. "After seeing this autopsy, I would rather see a school bus drive out of her vagina."

Plus, see what "Employee of the Month" star has to say about his matching outfits with Bell in the video above!

Nevertheless, it sounds like the blonde beauty has recovered just fine and their baby girl is healthy.

We love hearing Shepard's version of the birth, though -- what do you think about his candid comments?

Tell toofab below and make sure to check out the video above to find out how their oldest daughter Lincoln almost severly injured her baby sister! 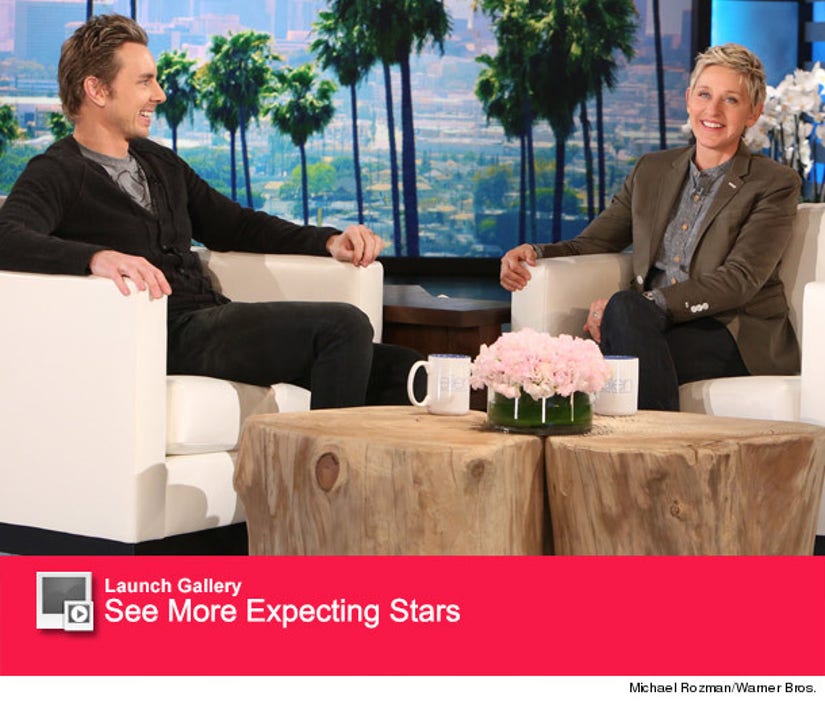