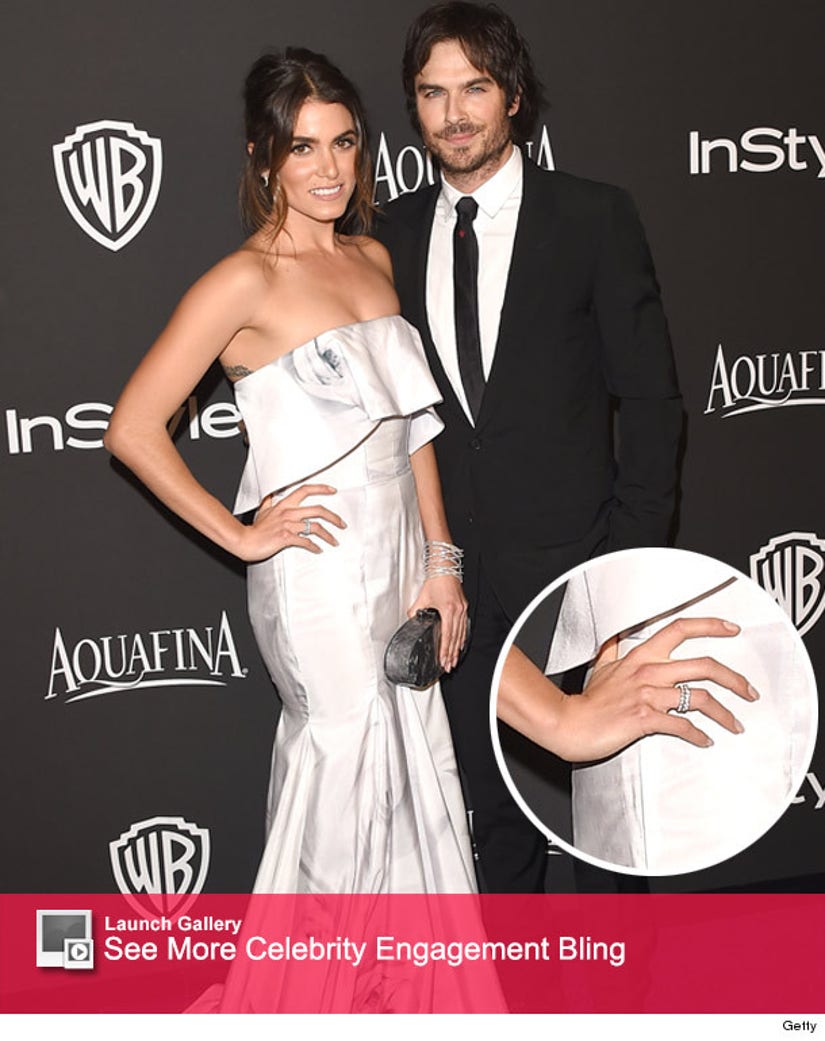 She finalized her divorce from ex-husband Paul McDonald earlier this month, but Nikki Reed is already prepared to say "I do" again!

The news comes after the two -- who already share dogs, a horse and a production company together -- were spotted on the red carpet at a Golden Globes party on Sunday night.

The actress sparked engagement rumors by wearing a gorgeous new accessory on the ring finger of her right hand -- with some speculating she wore the sparkler on the wrong hand so it wouldn't attract attention.

This will be the first marriage for Somerhalder, 36, and the second for Reed, 26.

Reps for the actors were not immediately available for comment.