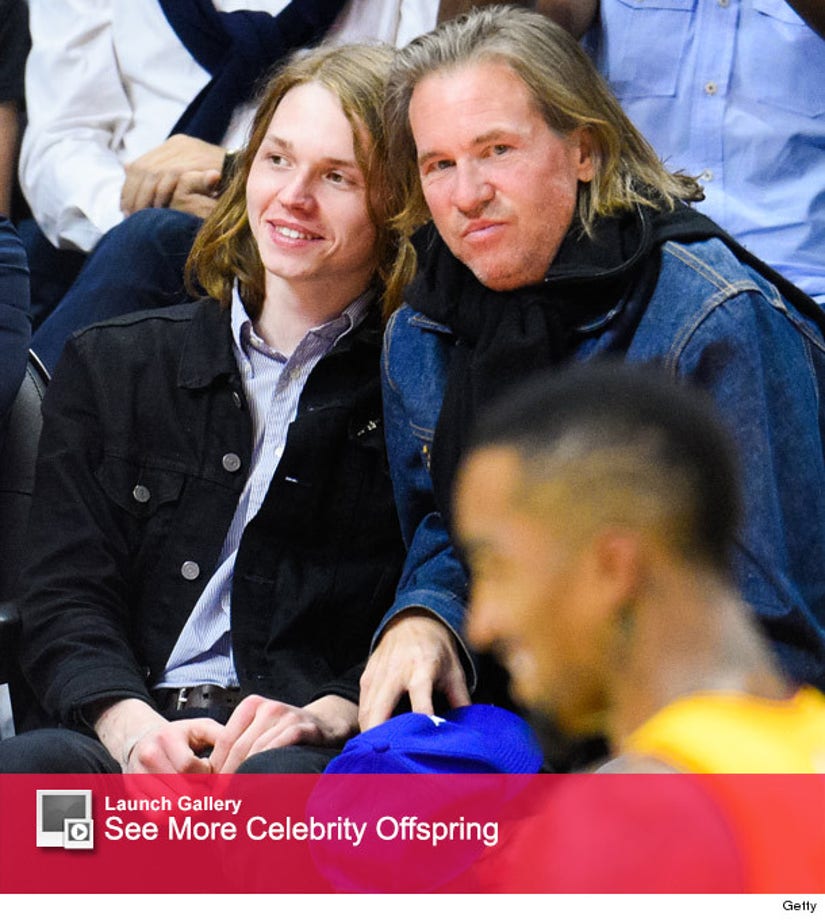 Val Kilmer and his lookalike son Jack Kilmer cheered on the Los Angeles Clippers on Friday night as the team took on the Cleveland Cavaliers at Staples Center.

Sporting the same shoulder-length blonde 'do, the 19-year-old is the spitting image of his famous father!

Jack recently was named one of the faces of Saint Laurent, showing off his modeling skills in some smoldering print ads for the fashion house and walking in the brand's spring 2015 runway in September. 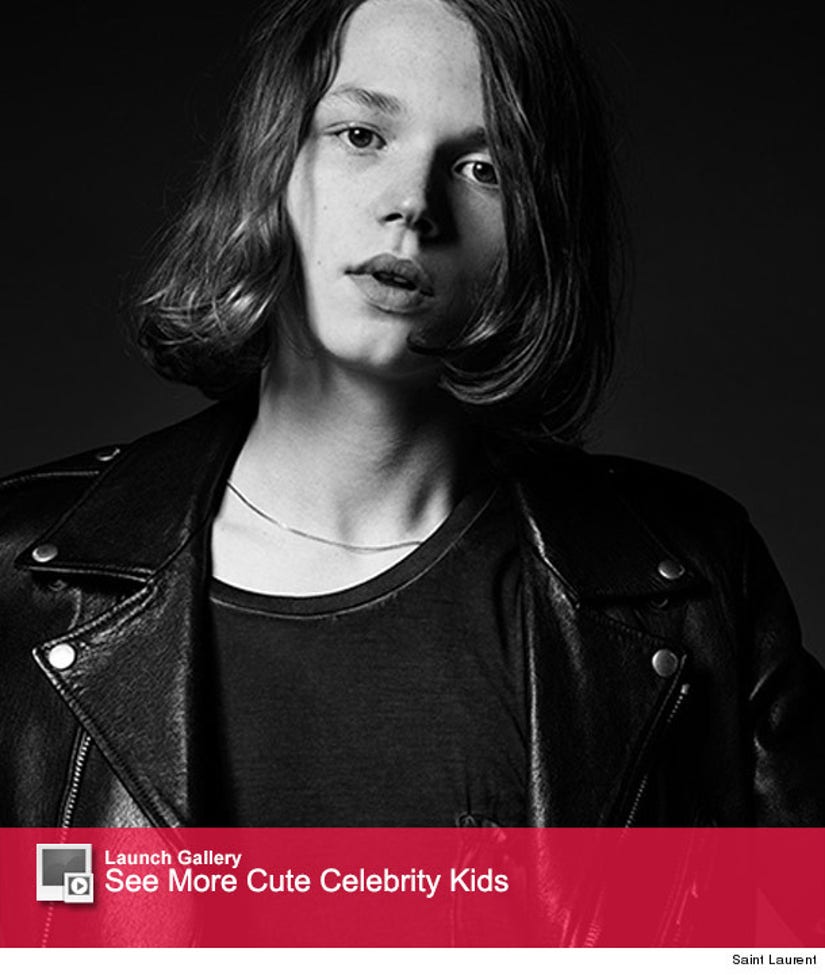 He's also following in his dad's acting footsteps -- you might recognize this young hunk from his role as a troubled teen in "Palo Alto."

Jack is loving life as a working actor now, but he didn't always want to be on the big screen. "I actually didn't always want to be an actor," he told Huffington Post last year. "It's funny, people asked me as a kid all the time, 'Do you want to do what your parents do?' And I always said no, because it's different, I don't know, to be stubborn or something."

"Because I was a normal kid. But then through this I realized what my parents have been doing their whole lives and I have like a completely different view of acting and I'm kind of really in love with it," he added. "It's awesome."

Keep an eye out for this rising star!