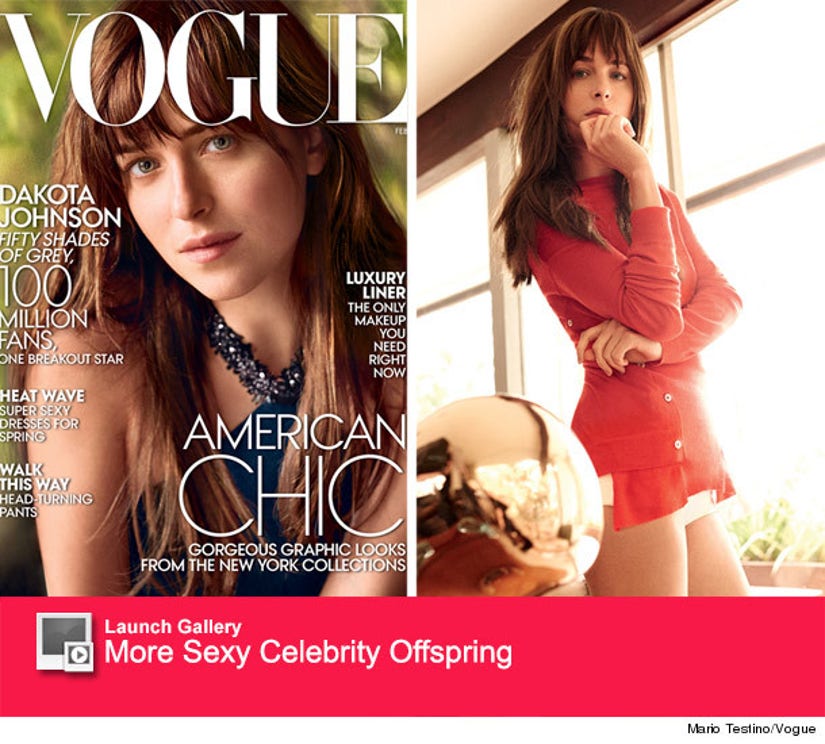 Dakota Johnson is still adjusting to the spotlight.

The "Fifty Shades of Grey" star covers the February issue of Vogue, where she opens up about her newfound fame and starring the the S&M adaptation.

While Johnson sounds thrilled to be in the highly-anticipated flick, she's still struggling with her loss of "anonymity."

"I think about my dwindling anonymity. And that's really scary because a very large part of me would be perfectly happy living on a ranch in Colorado and having babies and chickens and horses -- which I will do anyway," she tells the mag.

While Dakota's the daughter of Melanie Griffith and Don Johnson, the movie will be the 25-year-old's first big break.

"It's just the most insane thing to be a part of," she says of her "Fifty Shades" leading lady status. "I've never experienced anything like this; I don't think anyone has. It's terrifying -- and it's exciting." 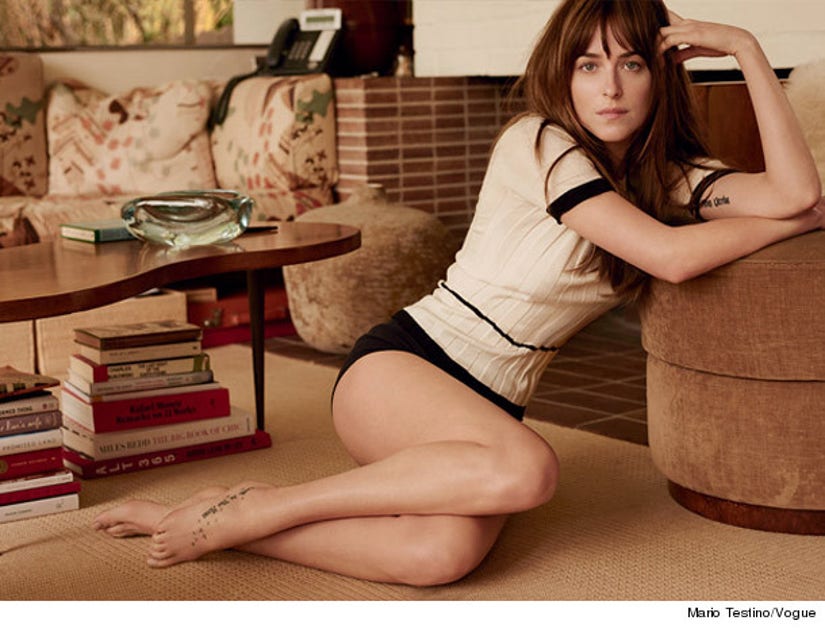 Johnson -- who had screened the most recent cut of the movie before her Vogue interview -- sounds pretty happy with the final product.

"It looks beautiful," she confesses. "I've never seen anything like it. But it's confusing to the brain -- I still can't look at it objectively or wrap my head around it. The parts of the movie that are difficult to watch were even more difficult -- and emotionally taxing -- to shoot."

We can't wait to see the brunette beauty on the big screen -- what do you think about the actress' candid comments? Sound off below and click "Launch Gallery" above to see more celebrity offspring.

Make sure to pick up the February issue of Vogue for Dakota's full interview, on newsstands January 21.