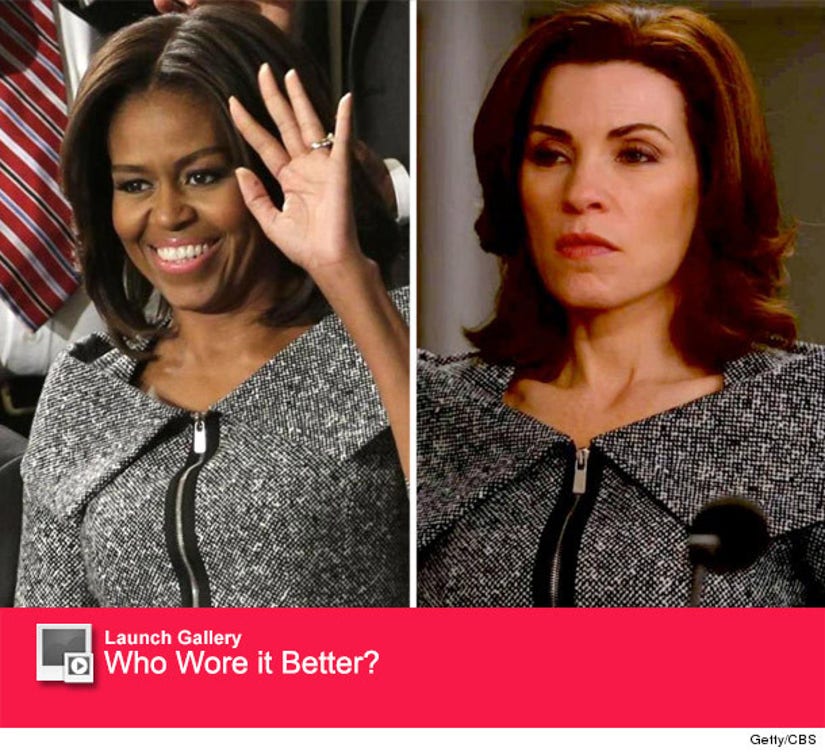 It's a style showdown between the First Lady and one of Hollywood's leading ladies!

Michelle Obama looked chic and sophisticated at the President's State of the Union speech on Tuesday night, sporting a black and white Michael Kors jacket and skirt. FLOTUS paired her sleek suit with tousled waves and a pink lip.

While Mrs. Obama is known for her signature style, she isn't the only fashionista to wear this figure-hugging look! 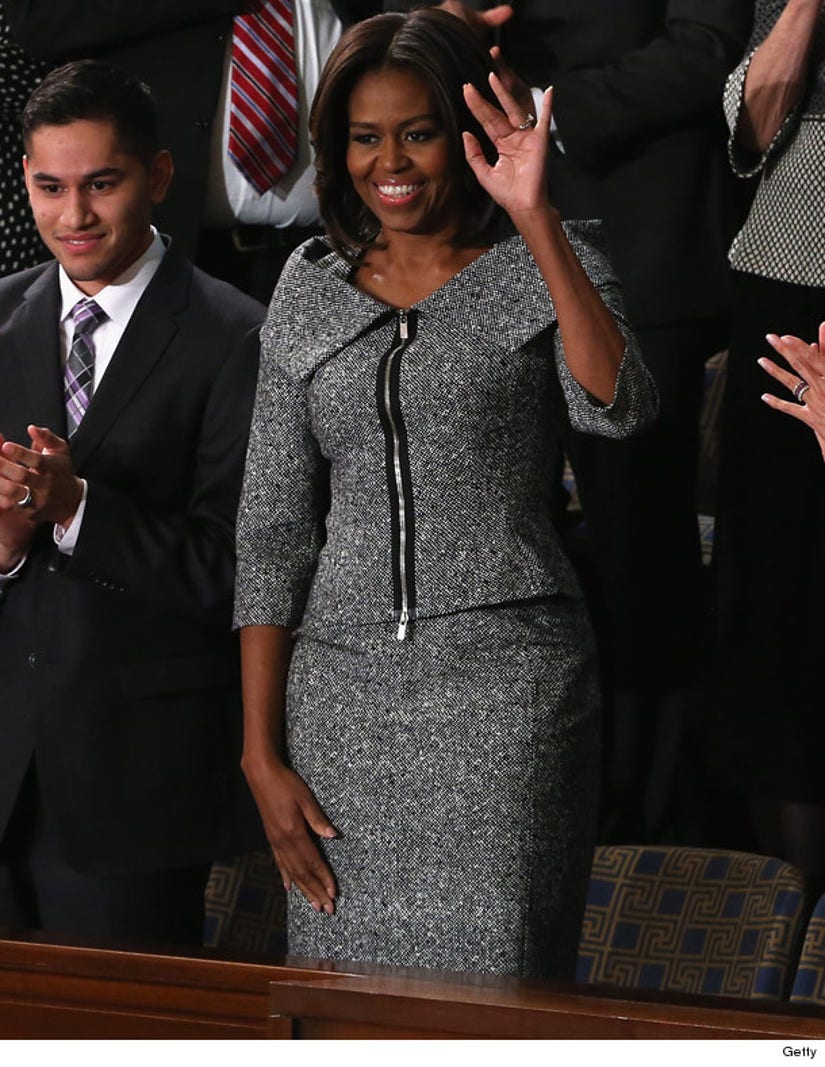 Julianna Margulies donned the same look on a recent episode of "The Good Wife," where she plays the wife of a disgraced former state attorney who was sent to prison for his involvement in a seedy corruption and sex scandal.

The actress rocked a similar 'do to the First Lady too, styling her shoulder-length locks with perfect waves.

The side-by-side quickly made its way around the Internet last night, so we gotta ask: Who wore it batter? Vote in the gallery above!