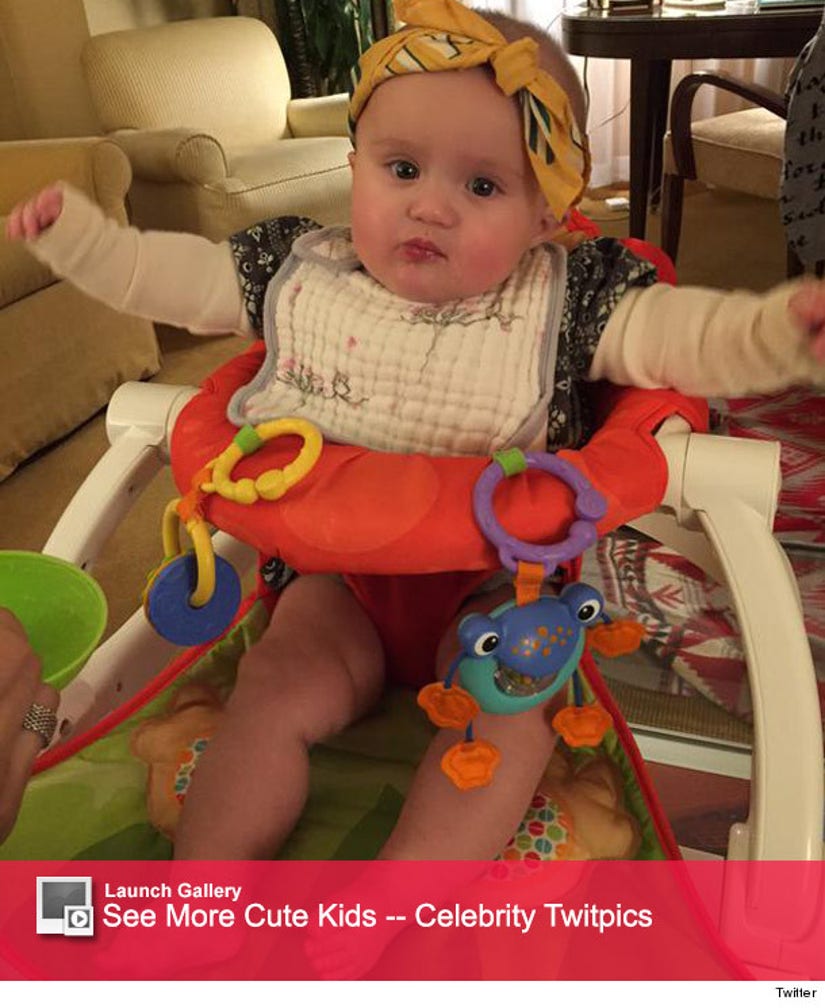 In the candid snap, the "American Idol" alum's daughter is rocking a yellow bandana around her head, while posing with her arms straight out.

The "Stronger" singer and hubby Brandon Blackstock welcomed their baby girl last June, and Kelly's been sharing a ton of photos of the little cutie on her social networks.

The new mom recently revealed that she was hospitalized during her pregnancy with her now seven-month-old, which definitely put a hold on her time in the studio.

"I had to take longer off because I had such a horrible pregnancy," Kelly told Radio 1 Breakfast Show's Nick Grimshaw.

But it sounds like all the struggle was worth it -- Kelly and Brandon seem happier then ever. Just don't count on the singer popping out baby number two anytime soon.

"My husband is running from me because I want another one," she joked.

It also sounds like little River is taking after her famous momma, too. "She loves loud music to go to sleep to," Kelly said. "She's the perfect tour baby. She goes to rehearsals and when we all start playing, she goes to sleep and when we stop, she starts crying."

We love seeing new photos of the 32-year-old's baby girl -- what do you think about River's bandana? Tell toofab in the comment section below and click "Launch Gallery" above to see even more cute celebrity kids!